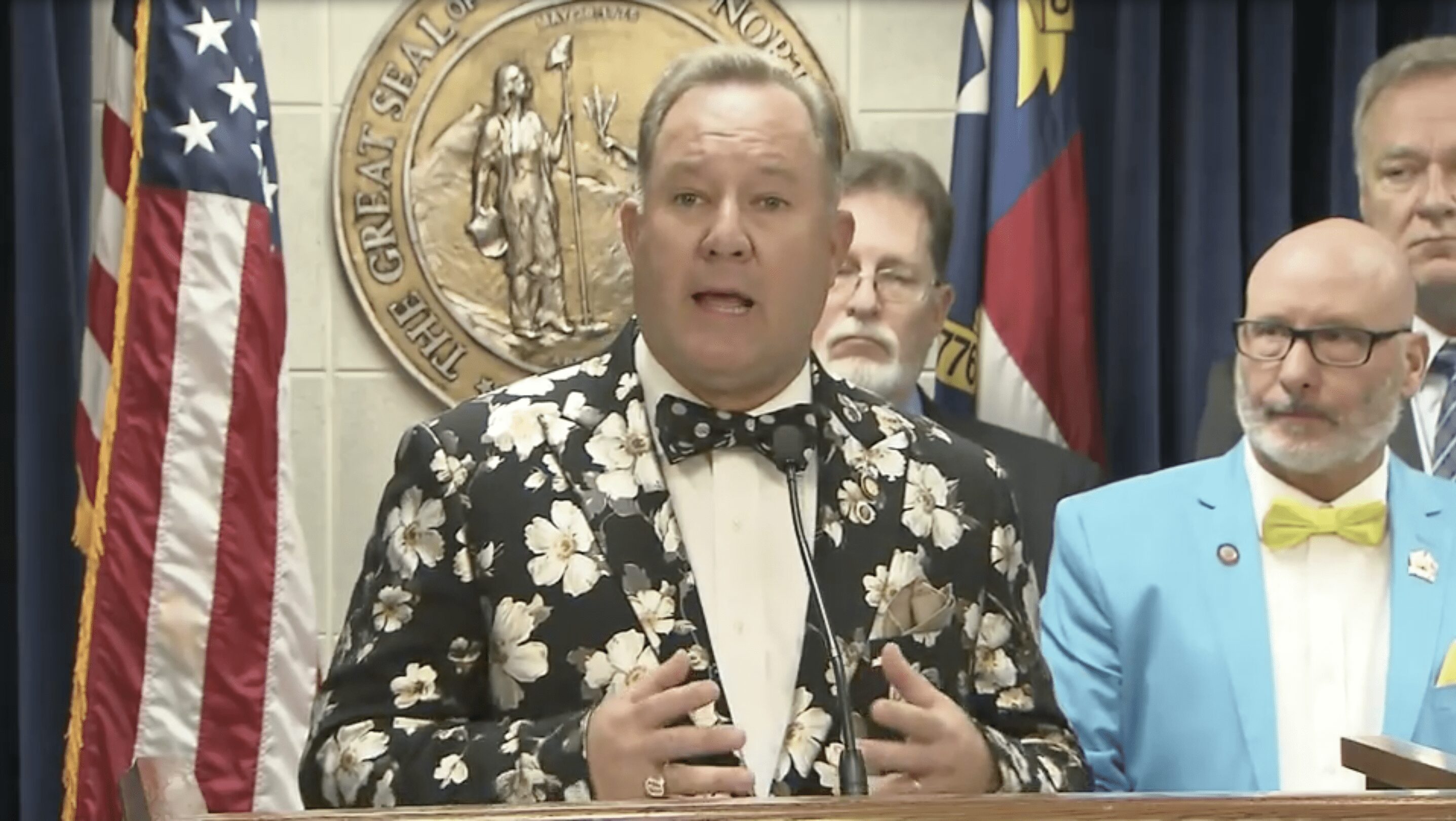 The lucky winner would be the subject of a probe into voting machines. Experts say the proposed investigation follows a troubling national trend: discrediting the 2020 election with no evidence.

The legislators, members of the House Republicans’ Freedom Caucus, chose to focus their effort on Durham County, a donjon of Democratic voters, via “random drawing.” They hope to investigate whether modems connect state voting machines to the internet, which they say would allow votes to be remotely altered.

“They fit certainly the Trump attack on election integrity,” Catawba College political scientist Michael Bitzer told The 9th Street Journal. “What proof do the Republicans have that the machines were hooked up?”

Republicans likely feel pressure to prove to election-doubting Trump supporters that they are looking into alleged fraud, he added.

John Hood, president of the John William Pope Foundation, a Raleigh-based conservative grant-making charity, echoed concerns that the proposed investigation is part of a broader movement to delegitimize elections.

“It’s part of the national attempt by some to further the claim that the 2020 election was either stolen or rigged,” Hood said. “That claim is entirely without foundation.”

At the recent press conference, Rep. Jeff McNeely (R-Iredell) said the investigation was supported by “many, many millions of accusations… of machine tampering and votes being switched because of modems.” He threatened to use criminal charges and the General Assembly police to push the investigation, a warning WRAL reported he has since backed away from.

After McNeely suggested he and the Freedom Caucus have a right to investigate the voting equipment, Durham Democrat Rep. Zack Hawkins took to the House floor to disagree.

Damon Circosta, the state election board’s chair, told The 9th Street Journal that state laws passed by the now Republican-controlled General Assembly prohibit the board from complying with the Freedom Caucus’s demands. The state board already provides opportunities for the public to view voting machine certification, he added.

“These extra processes that threaten criminal charges and use of the Capitol Police aren’t serious. If there’s a serious discussion to be had, that serious discussion needs to follow a process — a process they haven’t engaged in so far,” said Circosta, a registered Democrat appointed by Gov. Roy Cooper.

The regular inspections show that the state’s voting equipment doesn’t have modems, he said. State law prevents voting machines from being connected to the internet.

“I believe this is a playbook for those who wish to discredit prior and, frankly, future elections,” he said. “It’s not part of our policy — nor should it be — to allow elected officials to start ad-hoc tampering with election equipment.”

Circosta also noted that the Freedom Caucus representatives picked Durham County, one of the counties with the highest rate of participation among Black and Democratic voters, using a selection method lacking public verification: picking a scrap of paper out of a party hat.

The Durham County selection stuck out to Bitzer, too.

“If they were going to pick one county to focus on, it would make sense to pick Durham County from a Republican point of view,” the political scientist said.

Hood said the consequences of efforts to discredit the 2020 election have already been felt and that public opinion on the issue is hard-fixed. He shared doubts that any investigation into North Carolina’s voting equipment will follow the Freedom Caucus’s announcement. Fears about election fraud will fade over time, and discussion about it will, too, he predicted.

Bitzer said he doesn’t know how the Freedom Caucus members could gain access to the voting equipment without bringing the Durham County Board of Elections into the Legislature for a hearing.

The move is a dangerous part of a larger, ongoing battle between the Republican-controlled legislature and the Democrat-controlled state elections board, Bitzer said. Freedom Caucus members previously tried unsuccessfully to gain access to voting machines for inspection in July.

“When there is no credible evidence attacking the election system, but you have such strong partisan tribalism going on, it’s a dangerous mix for the health and wellbeing of this experiment in popular democratic rule,” Bitzer said.

Circosta said the calls for investigation come after the “most secure and most accurate election in our nation’s history.” He added there is “absolutely” no validity to the election fraud claims.

“It’s disturbing. It’s hypocritical. And it’s fundamentally against the principles of the Constitution of the country,” Circosta said.

At the top: Jeff McNeely spoke at a Freedom Caucus press conference, where he “randomly” picked Durham County’s name for a planned voting machine investigation out of a sequined, light-up red-white-and-blue party hat. Screenshot taken from WRAL’s video stream.