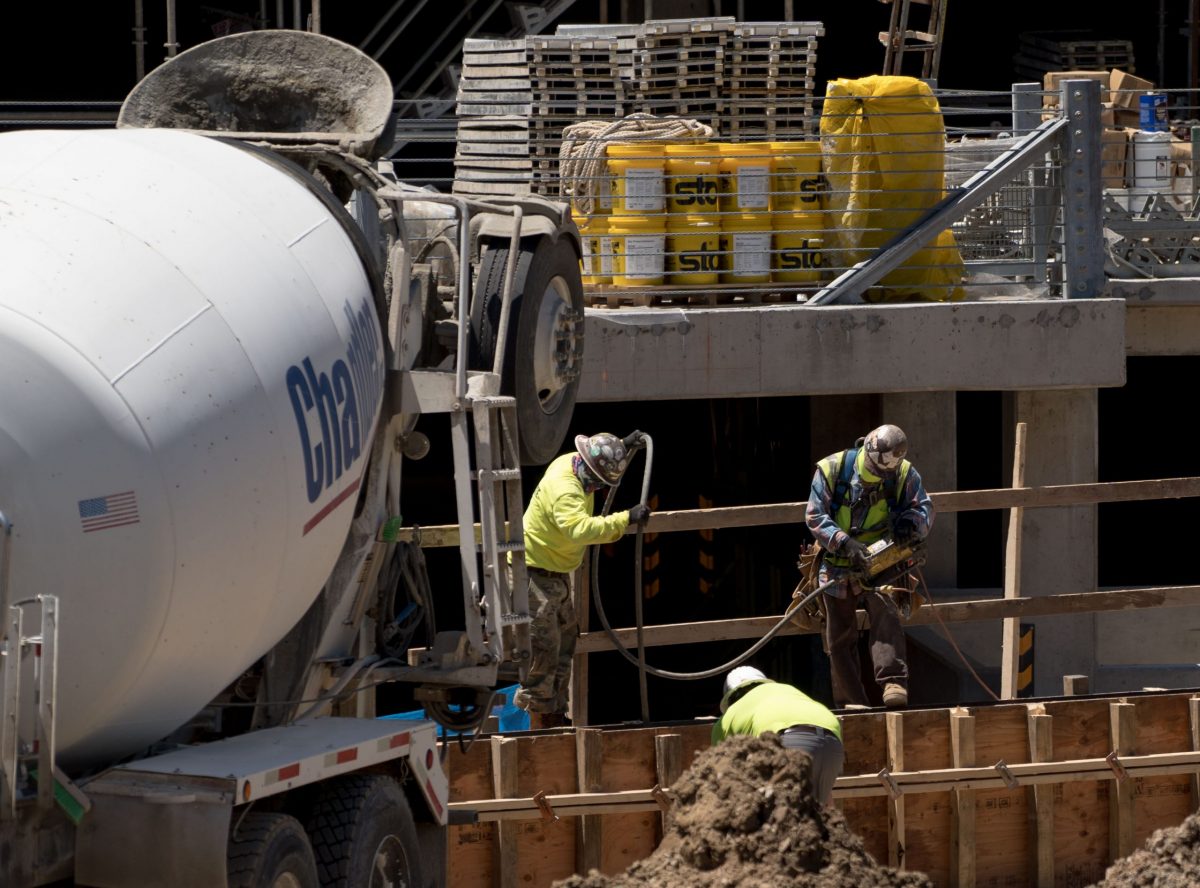 New data paints a bleak picture of health disparity growing in Durham amid the coronavirus pandemic. Latinx and black people have tested positive for COVID-19 at rates that outsize their population numbers.

This comes into focus as Durham and the country are grappling with the harms of racial disparities, including police brutality.

The unequal infection rate is linked to where people work or are confined, the data shows. Nursing care facilities, correctional facilities and construction sites were the most common settings linked to positive cases, county data shows. In Durham, black and Latinx people make up a majority of workers and residents that have tested positive in each of those settings.

Black people make up 67% of the cases associated with nursing care facilities and 53% of the cases associated with correctional facilities. Some of Durham’s largest outbreaks have occurred at such organizations. At Durham Nursing and Rehabilitation Center, where at least 111 people were sick with COVID-19, and at Butner’s Federal Correctional Complex, which is partly located in Durham County, at least 424 inmates and staff there have tested positive.

Latinx people account for 91% of the cases associated with construction work, the county data shows. Outdoor construction has been continuously exempted from Durham’s aggressive stay-at-home orders.

The over-representation of minorities among people diagnosed with the illness has emerged and increased since coronavirus first reached Durham.

The fact that racial minorities are disproportionately made sick by the coronavirus in Durham does not surprise people working to reduce health disparities, including Delmonte Jefferson, executive director of NAATPN, a Durham-based organization that advocates for the health of black people nationally.

“In Durham, just like other places across the country, and most of your service industry workers, those that are on the front line that have been deemed essential, are people of color,” Jefferson said. “These are the folks that have to go into work every day. And so if they have to go into work every day, then that means they’re front facing their face to the public and they’re exposed to this virus.”

The unequal impact of the coronavirus on black and Latinx Americans has grown amidst existing health disparities, Jefferson said.

“There are two primary reasons for it. One is the chronic health conditions that are already there disproportionately impacting these populations… the other is the social determinants of health coming into play,” he said.

“We had gaps before,” Rocha-Goldberg said. “A lot of them don’t have a primary doctor to go to if they feel sick, or lack knowing how to navigate the system.”

El Centro Hispano, which supports the education, health and economic well being of Latinx communities across the Triangle,  is sharing educational resources on COVID-19 with community members and guiding them to low-cost health care, she said. But some people who might be sick are too afraid to get treated.

“People always fear giving information because of their political status,” Rocha-Goldberg said, referring to people living here without legal immigration status. During this outbreak, some worry that using publicly provided services could negatively affect their immigration status, she added.

The Latinx community’s contributions to essential work highlights the value of the group of people, Rocha-Goldberg said.

“You have to see how much our community members contribute to the community,” she said. “We are seeing it in essential jobs. Who is there and who is working?”

Reports from the early phase of the outbreak misled some people in the community to think they wouldn’t be affected by COVID-19 because they are Latinx, Rocha-Goldberg said.

White people were overrepresented among positive tests in Durham at the onset of the virus. They made up 58% of cases in March.

As testing has become more available and the virus has spread within the community, white people have made up an increasingly small share of positive cases. The proportion dropped to 27% in April, then 16% in May. Meanwhile, the rate of positive tests among people of color has skyrocketed.

Jefferson applauded local efforts to support Durhamites who are vulnerable to the health and economic consequences of COVID-19. Racial and ethnic COVID-19 data recording, eviction prevention and support for businesses have helped address inequities, he said.

“In Durham, they’re doing the best they can,” said Jefferson, whose organization reaches out to elected officials at all levels to advocate for a focus on health disparity.

After obtaining data on COVID-19 diagnoses among racial and ethnic groups in Durham, the 9th Street Journal followed up with the county health department on Friday to request additional data involving COVID-19 deaths and testing access. The 9th Street Journal also requested information about the origins of the disparity and what the county is doing to address it. The department did not respond before publishing.

In a document detailing the COVID-19 data, the county health department does note the importance of data noting people’s racial and ethnic identities to promote health equity. “A history of structural racism (e.g. residential and job segregation) creates inequitable access to health care and risk of disease exposure,” it reads.

According to the state Department of Health and Human Services, black people make up 34% percent of reported deaths across the state. They make up 23% of the state population. Latinx people have been slightly underrepresented in deaths reported statewide.

Both Rocha-Goldberg and Jefferson said the communities they serve are also facing growing economic disparity during the coronavirus outbreak.

El Centro Hispano has adjusted its role in the community. It’s providing food and money to help cover utility and rent bills for more than 660 families, Rocha-Goldberg said.

“It’s only a drop, but at least we are able to do something,” she said. Still, she sees many in the community with large, looming unmet needs.

Jefferson fears the broad impact of the coronavirus will haunt the health and economic wellbeing of communities of color for decades.

He worries that protests ignited by the killing of George Floyd by police will amplify the damage COVID-19 causes in black communities by potentially increasing the spread of the disease.