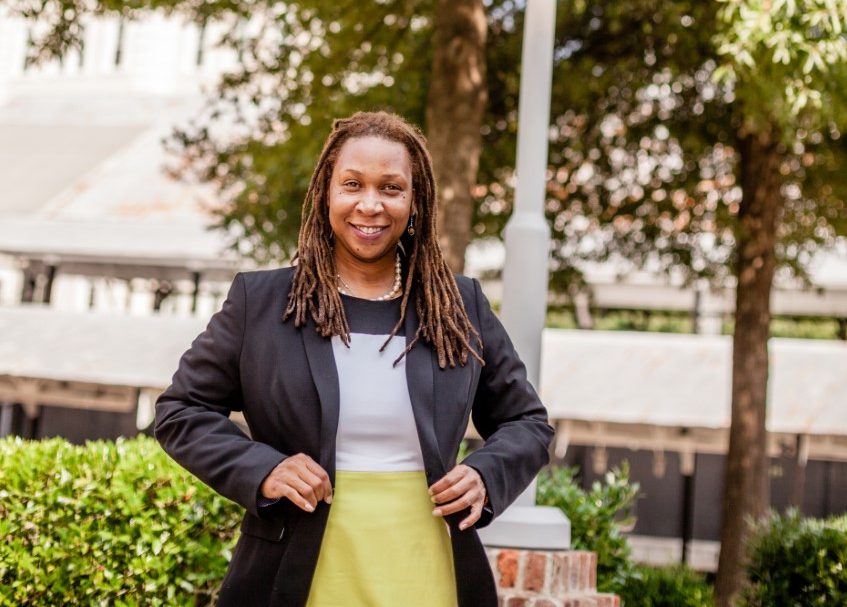 By Julianna Rennie and Jake Sheridan

There’s one week left for Durham voters to cast their ballots before the primary election on Oct. 5. The outcome will determine the two finalists in each of the four City Council races.

There are seven candidates vying for the mayor’s seat. Durham’s current mayor, Steve Schewel, is not seeking reelection.

Here’s what you need to know about the remaining three candidates: Bree Davis, Daryl Quick and Jahnmaud Lane.

Born in sunny South Florida, Bree Davis comes from a family of changemakers. Her father worked as a Baptist minister and coordinated outreach for Haitian and Cuban refugees.

“This is kind of my legacy,” she told the 9th Street Journal.

After moving to Durham 12 years ago, Davis experienced houselessness, food insecurity, and underemployment. As a single mom and bisexual Black woman, Davis says she knows what it feels like to fall through the cracks.

If elected, Davis promises to make sure that all Durham residents benefit from the city’s recent economic boom.

“The goal has been achieved, but now we have to pick up the folks that have been left behind,” she said.

Her other policy priorities include affordable housing and community safety. In her INDY Week candidate questionnaire, Davis wrote that she would fully fund the Durham Police Department while exploring alternatives to policing through Durham’s new Community Safety Department.

Davis currently works as a research coordinator for the University of North Carolina at Chapel Hill. She started her own social media consulting company, Social Media Phobia Solutions, in 2011. She’s also a collage artist and filmmaker.

Daryl Quick is pledging to “make a better Durham by getting back to the basics.”

Throughout the campaign, Quick has talked openly about his experiences growing up in public housing with family members who struggled with drug addiction.

Quick promotes his campaign heavily on his Facebook page. In a Sept. 8 post, he wrote, “No more status quo! No more gentrification! No more low wage paying jobs! No more kids can’t play! No more walking past a homeless person downtown!”

His Facebook page, “Mind of Jamal,” has over 300,000 followers. The clips regularly stretch over an hour.

In his videos, the adamant Trump supporter pours over a range of far-right topics. He recently criticized coronavirus vaccines and workers’ unions, decried calls for national political unity, and urged his followers to “break out the Old Dixie” because “this union stuff aint working.” Lane often speaks in front of a Confederate flag.

Lane did not reply to a call requesting an interview. He described himself as a former “no-good, piece-of-trash drug dealer” in an interview with The News & Observer.

The article noted that he was charged in 2001 with a misdemeanor for resisting arrest and assaulting an officer. Two years later, he spent over a year in a state corrections facility for assaulting and seriously injuring another person, the article added.

In the News & Observer piece, Lane also acknowledged that he attended the Jan. 6 riots at the U.S. Capitol, though he said he didn’t enter the Capitol building.

On Lane’s campaign website, his platform focuses on addressing a rise in violent crime. He would like to pay police officers more. His other policy ideas include building more affordable housing and more intensely inspecting public housing facilities for tenant damage.

At top: Bree Davis is one of seven candidates running to be Durham’s next mayor. Photo provided by Bree Davis.