Q&A: An N.C. case that could change U.S. voting

A U.S. Supreme Court case about North Carolina redistricting could have dramatic consequences on national elections. It’s called Moore v. Harper, and politicians, activists and journalists across the country will be fixated on the oral arguments scheduled for Dec. 7.

The case deals with how legislative maps in North Carolina should be drawn and who should draw them. Earlier this year, the state Supreme Court struck down congressional maps created by Republicans in the state General Assembly, the latest in a long string of high-profile gerrymandering cases. A group of court-ordered redistricting experts created the maps being used for the 2022 elections. Republicans didn’t like that ruling.

In the lawsuit, Tim Moore, the Speaker of the House in the North Carolina General Assembly, contends that the U.S. Constitution says state legislatures should be solely in charge of decisions related to federal elections. His case relies on a doctrine known as the independent state legislature theory. A ruling in Moore’s favor would likely mean that state supreme courts nationwide, which have been instrumental in striking down unconstitutional gerrymandering, would lose final say in disputes about a state’s elections. 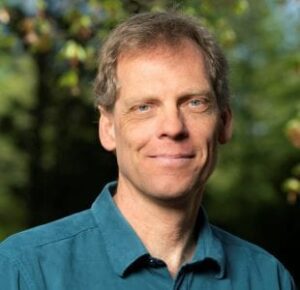 The defendants, Common Cause and the North Carolina League of Conservation Voters,  argue that no such doctrine exists — and that ruling in Moore’s favor could cause massive chaos in future elections across the country.

To explore the questions, The 9th Street Journal spoke with Gunther Peck, a Duke historian and public policy professor and an activist in state and local politics. Peck was active in Democratic campaigns in the past and more recently has focused on mobilizing voters. He’s been in the weeds of N.C. redistricting cases for the past decade.

Here are some highlights from our interview.  (The transcript has been lightly edited for concision and clarity.)

If you had two minutes to tell someone who may not care about politics about this case, what would you say?

It represents one more example of certain political interests seeking to make our political system less competitive, to make it less responsive to the voters  — to the input of citizens and their mechanisms for finding redress.

If the Supreme Court rules for Moore, the Republican Speaker of the House, what will happen with North Carolina elections?

The courts are supposed to be centers of advocacy for citizens. Their purview and their power was both oversight, but also a place to appeal — to be a check and balance on both executive and legislative branches.

The maps would revert to, for the federal level, we would probably be a 3-11 (Democrat-Republican) state rather than a 7-7 or 6-8 split — when we are a purple state.

…And so what happens when that happens? We all suffer.

My argument would be, if you win — if you’re on the partisan side that is going to be gaining in this ruling — you shouldn’t be very happy because the game, or the competition, has been damaged. And it means that the side that’s winning, your leaders are going to be less responsive with a gerrymandered system.

No one needs to listen to you. It’s rigged.

How will the case affect voting around the country?

That is much harder to predict. I really do think one of the things that will surprise and furrow the brows of those who are hoping for a more conservative revolution in state legislatures — [they] are going to be dismayed by the number of potential rulings coming out of state legislatures, state constitutions as well, about who can reform what and how.

I suppose in the case of North Carolina, what progressives would seek to do is a really good question. I don’t know. I’ve heard some people say we should all become Republicans. Because that’s the only place you have leverage in a gerrymandered system. Or, if you’re living in Durham County that’s gerrymandered Democrat, everyone should become a Democrat, because the only moment is in the primary.

How are you feeling about the case?

As someone who studies history and who’s tried to be a very small actor in it, I do think that there is a danger right now, on the left especially, for being addicted to dystopia. And rehearsing the end of democracy before it’s ended.

And I see a little bit of that in the discussion about Moore, which looks to be a very egregious overreach by the U.S. Supreme Court — and a contradictory one, and it shows their partisanship.

Above: Gunther Peck teaches history and public policy at Duke.