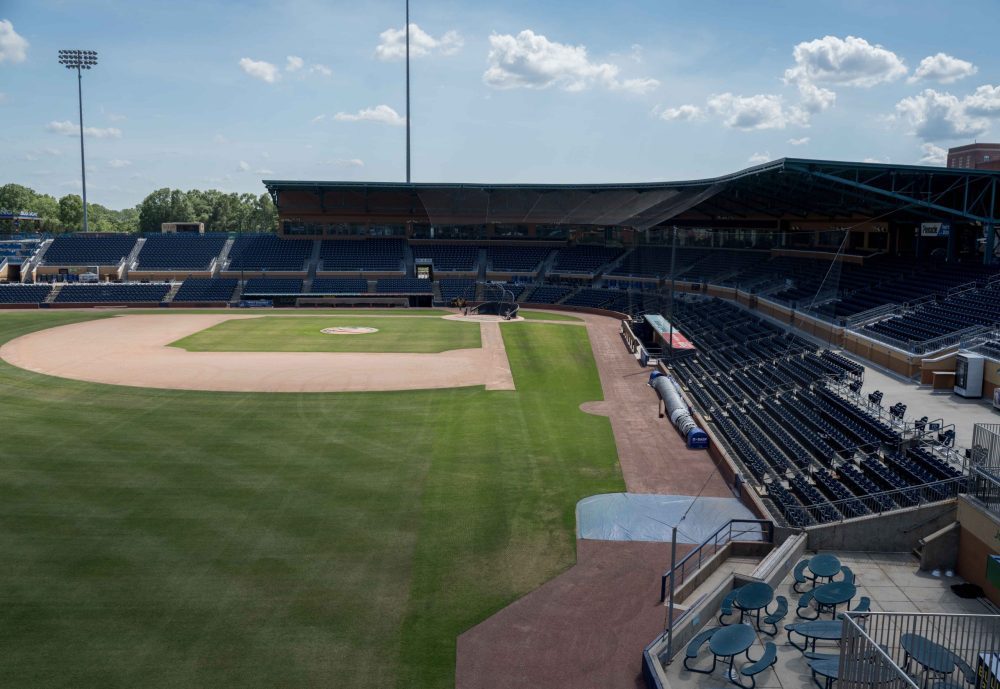 When the City of Durham was asked to spend twice as much as expected to make improvements to Durham Bulls Athletic Park, the result was never really in question. But that didn’t keep the council from debating the question when it met on Monday.

The city leases the Durham Bulls Athletic Park to the Durham Bulls team, and is required, under an agreement with Major League Baseball, to make upgrades to the Bulls’ stadium by April 2025 in order to keep the Bulls in Durham.

With that in mind, the Durham City Council voted 5-0 Monday to spend an extra $5.35 million to renovate the ballpark, on top of the original $5.22 million it approved in June 2021, for a total cost of $10.57 million. The Durham Bulls are contributing $1 million in renovation costs but it’s up to the city to cover the other $9.57 million.

During a work session in March, John Paces-Wiles, senior project manager with the city’s general services department, relayed that the upgrades will include renovations to player locker rooms, coaches’ offices and a new batting tunnel.

Prior to Monday’s meeting, Skanska, the company that won the bid for the project, reported to city officials that the higher costs resulted from the coronavirus pandemic, which has affected the entire construction industry. Costs for construction materials went up an average of 45 percent since March 2021, the company reported.

Though the council voted 5-0 to approve the additional expenditures, members were divided on whether the deal to keep the Durham Bulls, which was brokered with the council back in 2014, was truly worth the money.

Prior to the meeting, At-Large Council Member Jillian Johnson and Ward 3 Representative Leonardo Williams debated the topic on social media. The debate continued Monday as each member weighed in on the issue.

“I hope that we can have a little more equity in the future for how the city, the Bulls, and maybe even Major League Baseball can split the costs,” Johnson said. “I’m disappointed that it’s falling all on our residents.”

Paces-Wiles and the general services department provided information regarding the Durham Bulls’ cultural events, revenue and overall contributions to the community, statistics which Leonardo Williams reiterated in arguing that the Durham Bulls were, indeed, worth the monetary investment.

Williams pointed to the Bulls’ direct economic impact on the city, which included generating $48.5 million in revenue last year. In addition, the Bulls’ presence in Durham directly supported 23,130 jobs and indirectly supported over 25,00 jobs last year, according to the report from the general services department.

Williams and Mayor Pro-Tempore Mark-Anthony Middleton lamented that there was debate about whether to pay the money.

“This is a real city, and we got to put our big pants on,” Williams said at the council meeting. “Which means we need to have assets to welcome people to the city to spend so we can generate the revenue to address the social issues that we have.”

Mayor Elaine O’Neal echoed Williams’ statements, pointing to the Durham Bulls’ history in her life, and the life of Durham.

Durham Bulls Athletic Park hosted 70 home games in 2021 and dozens of other events, including the city’s Fourth of July celebration.

Williams and O’Neal also mentioned the fame generated by the film “Bull Durham.” The Durham Bulls are at the center of the 1988 movie, which was filmed at Durham Athletic Park.

Elaine O’Neal’s family home is just three blocks down from Durham Bulls Athletic Park, and she recalled her father’s pride when “Bull Durham” was released.

“For my father’s 103rd birthday, he wanted to go to a Durham Bulls game, and we have a photo of him and the Bulls mascot up in our home,” O’Neal said. “The Durham Bulls…will never ever go away, if you have been a part of this community for as long as I have.”

Despite the lively conversation, the motion to fund the ballpark renovations passed unanimously.

Opening Day for the 2022 season is set for April 12, when the Bulls will face the Jacksonville Jumbo Shrimp.