Home » Bars are back in Durham. How did they survive? 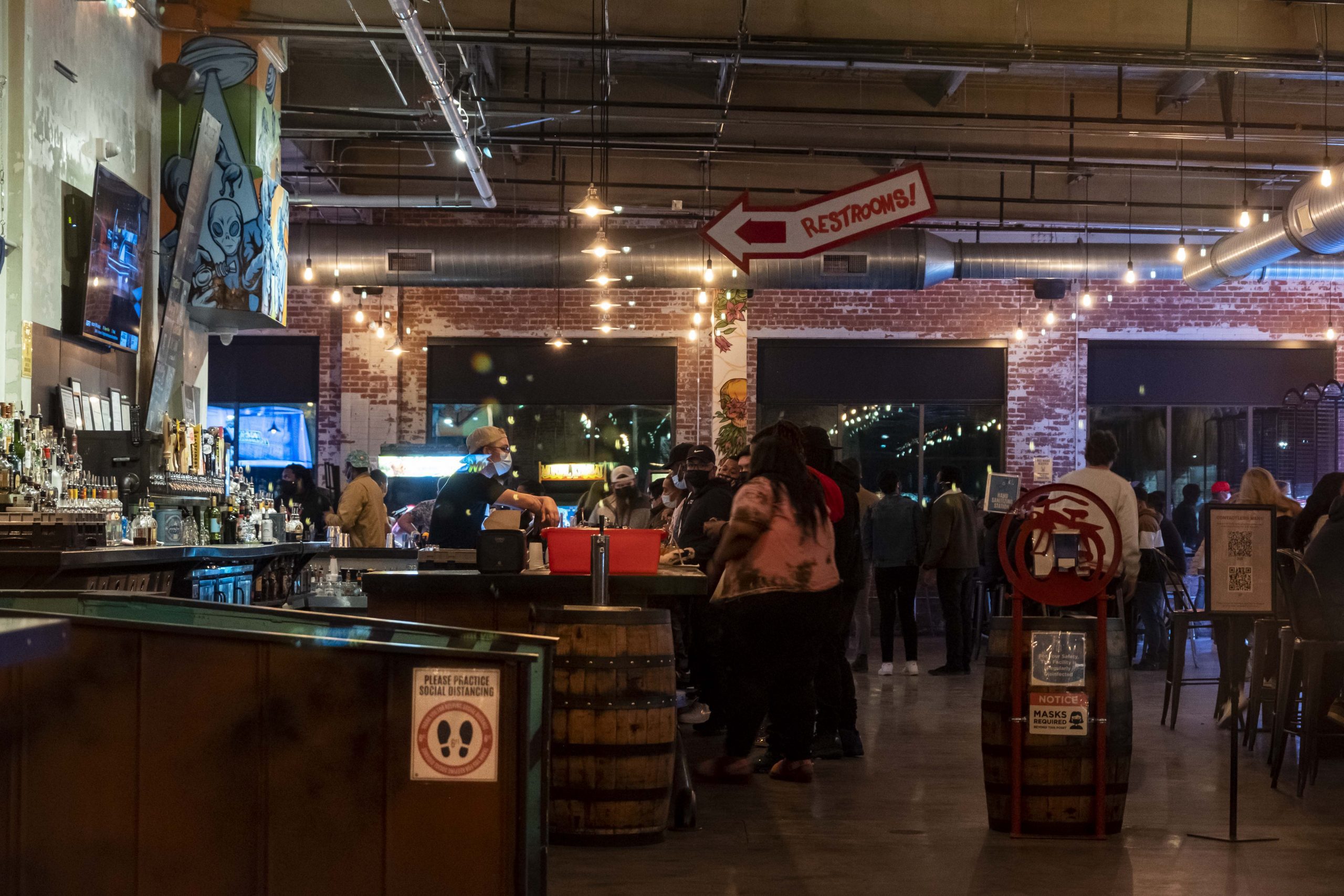 Bars are back in Durham. How did they survive?

People fill the outdoor seating along Durham’s sidewalks downtown, on Ninth Street and everywhere in between. Friends dance with beers in hand. Music blares out, permeating the street. The night seems unrecognizable compared to its hard lockdown a year ago.

Life is back at Durham bars.

Gov. Roy Cooper eased COVID-19 restrictions in late March, raising indoor bar capacity from 30% to 50% and lifting an 11 p.m. alcohol curfew. Before that, many bars went a full year without significant income and faced harsher limitations than other establishments, like restaurants and breweries.

To keep taps flowing, some bar owners got creative. They changed menus, set up shop outside and asked regulars for support. But not every bar made it, and the ones that have stayed open aren’t all following COVID-19 restrictions. One Durham nightspot – Shooters II – has recently drawn official complaints about the breaking rules, city officials say.

When the pandemic hit, Kingfisher cocktail bar owners Sean Umstead and Michelle Vanderwalker recognized that restaurants could open up much earlier than bars under state health rules. So, they became a restaurant, transforming their parking lot into a burger joint, QueenBurger, in August.

Hunky Dory, a hybrid retail and bar space on Ninth Street, increased outdoor seating to accommodate beer-hungry Durhamites. Manager Taylor Bates said that by creating more standing space and spots outdoors and staying vigilant with cleaning and distancing, the bar has been able to bring back much of its customer base. New drinkers are coming in too.

“Many of our regulars have been vaccinated, and our employees as well. And that gives everyone another layer of peace of mind,” Bates said. “It’s been so nice to have people come in and start having this normalcy back in their life.”

“The Patreon contributions, combined with other employment, will hopefully be enough to allow us to reopen when it is right to reopen, without taking on crippling personal debt,” Arcana owners Lindsey Andrews and Erin Karcher wrote on Patreon in January. Andrews and Karcher are beginning a soft reopen for Arcana, according to an April 12 post.

“It’s obviously been gradual and our nightlife looks a little different right now. People aren’t staying out as late, and they’re still wearing masks. But, people seem to be more comfortable,” Thompson said. “People want to be out again. They missed downtown, they’ve missed the places that they haven’t been able to visit in over a year.”

For some bars, though, crowdsourcing and creativity weren’t enough. The Atomic Fern, which used to be located on Parrish Street downtown, fell victim to the pandemic’s financial burden. Despite Twitch streams, Facebook lives, and a GoFundMe started by a group of bar regulars, the business couldn’t pay rent. A landlord evicted The Atomic Fern in February, and the bar won’t be reopening.

Owner Kevin Slater pins the closure on state and city apathy. For bars like his with no outdoor seating and little indoor capacity, the government didn’t provide enough financial relief and legal support, he said

“Even if we were able to open up at 30% capacity indoors, that still ends up being only eight people plus staff. That doesn’t pay the bills,” Slater said. “We didn’t want to reopen. We’re in the middle of the pandemic, so we knew that it felt irresponsible to reopen.”

Slater filed a lawsuit against Durham and North Carolina for damages of $25,000 in January. Though he doesn’t anticipate his lawsuit going anywhere in court, he hopes to make a statement and point out the frustrations of small business owners. He said he feels that he and the bar community were ignored.

“The government is saying now ‘Look we’re letting you reopen and now you can make money and you can pay your landlord,’ but, really, how sustainable is that? Bottom line: we’re all going to still be in debt,” Slater said.

Stepping out of line

Though most bars have been compliant with COVID-19 safety guidelines, Assistant City Attorney Anna Davis said some may have broken the rules. Davis said her office has only received a COVID-19 citizen complaint-driven report for one spot: Shooters, a favorite bar of Duke undergraduates.

Davis received multiple citizen complaints about unmasked crowds at Shooters in November. In response, she sent owner Kim Cates a letter right before Thanksgiving asking her to comply with COVID-19 health restrictions.

After that, Davis said complaints mostly decreased. On April 5, however, Davis’s office received a report from the Durham Health Department citing violations at Shooters. The Duke Student Government president and Durham Mayor Steve Schewel expressed concerns too, she said. When law enforcement visited Shooters a week later to observe, though, they saw no restrictions violated, Davis said.

“It tends to be a game of Whack-a-Mole with these people,” Davis said. “They step out of line, but then once there are complaints, people get back in compliance.”

Schewel said nightlife crowds — specifically at Shooters — are one of the city’s greatest concerns as new variants of COVID-19 start spreading in Durham.

9th Street reporter Rebecca Schneid can be reached at rebecca.schneid@duke.edu