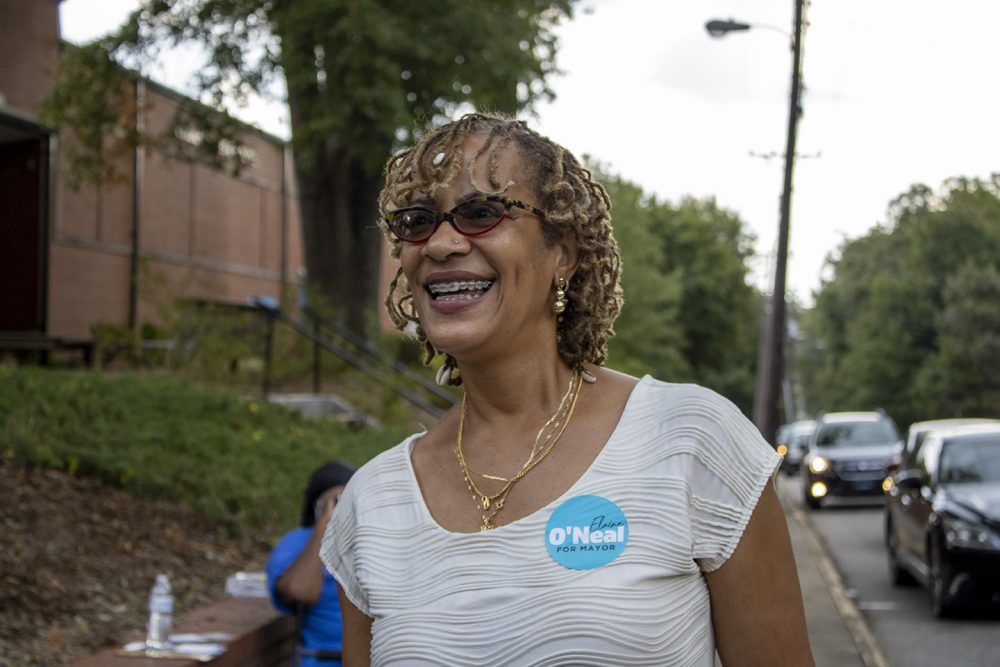 City Council Member Javiera Caballero and former judge Elaine O’Neal coasted to an easy victory in Tuesday’s mayoral primary in Durham. The two candidates will compete in the Nov. 2 general election to replace two-term mayor Steve Schewel, who chose not to run again.

In the two contested races for City Council seats, the incumbents finished strong. Incumbent DeDreana Freeman had a commanding lead over Marion Johnson in Ward I and Mark-Anthony Middleton surged well ahead of fellow pastor Sylvester Williams in Ward II. But rather than bask in his victory, Middleton said it was important to focus on the critical issue of gun violence.

“Not a lot of victory laps will be had tonight,” said Middleton. “Children tonight will be jumping into bathtubs because of gun violence. We’ve got a lot of work to do.”

The top two candidates in each race advance to the general election.

With only two candidates for Ward III, where current City Council member Pierce Freelon is stepping down, A.J. Williams and Leonardo Williams automatically progress to the general election.

Both mayoral candidates spent their day doing last-minute chatting with voters outside polling spots across the city. Caballero sat out front of the St. Stephens Episcopal Church in a foldable lawn chair, next to some signs, catching voters on their way into the polling site. She let them know she was a candidate on the ballot, and asked them to vote for her as they entered.

O’Neal stopped by Morehead Elementary School, where she was surrounded by her close friends and supporters wearing campaign garb, all cheering “Vote for O’Neal” at people who passed by.

“It takes people, the people who came out of their houses and took a leap for me, and for that I am ever so grateful, and you just cannot take that for granted,” O’Neal said. “Next steps: to rest up and get back out there tomorrow.”

In photo at top, Elaine O’Neal did some last-minute campaigning on Election Day. Photo by Josie Vonk, The 9th Street Journal.