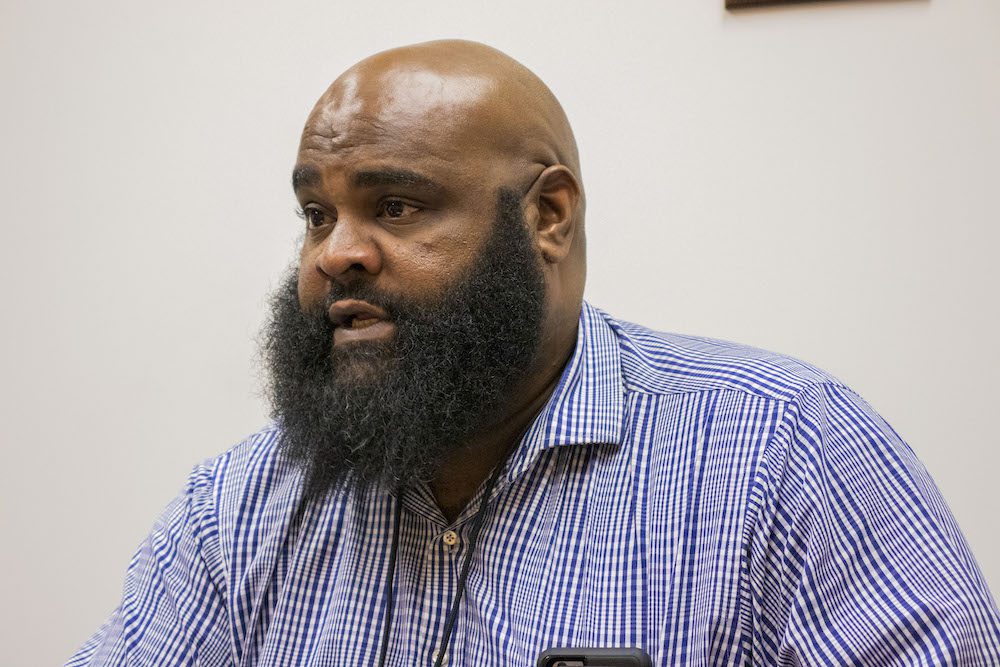 On his first day of freedom after a 13-year prison sentence, Reginald Mumford received a care package with a letter from Mayor Steve Schewel and met the peer support specialist who would help him adjust to life in Durham.

People who have been incarcerated are often neglected by policymakers, but Durham wants to send a clear message to people like Mumford: “Welcome home!”

Roughly 700 people return to Durham each year after doing time in a state prison. Often, they arrive without a job or stable housing. And, if they don’t have family in the area, a probation officer may be their only support system.

A year ago, the city directed its Innovation Team with finding a way to increase upward mobility for formerly incarcerated residents.

After spending months conducting interviews and collecting data, the Innovation Team created Welcome Home, a program that serves – and empowers – Durham residents returning from prison. The initiative works closely with the Local Reentry Council, a government program that helps them with job opportunities and other services, and other local organizations that provide assistance.

The program gets participants from three state prisons — Polk, Wake, and Orange — but organizers plan to expand to more and eventually include women’s prisons, too.

“Sometimes you can feel as if the world is against you,” said Chuck Manning Sr., the community outreach coordinator for the Innovation Team. He is one of the architects of the program and its peer support specialist.

Welcome Home helps people at a critical time. The first few weeks after being released can be especially difficult, and that’s when people are particularly at risk of slipping back into crime. When Manning returned home to Durham from prison five years ago, he remembers that there were no opportunities for him.

After applying to dozens of jobs with no success, he used a borrowed smoker and $145 to start his own barbeque catering business called Kwu’s Katering. When he’d run into people who knew him from before he went to prison, he told them that he had decided to change his life – and encouraged them to do the same.

Manning credits his success to two peer support specialists who helped him during this transition.

He’s now playing that role himself. He said he loves the work so much that he’d do it for free if he didn’t have four kids to support. “I look at this just like a case manager, but a case manager who’s actually been there and done that,” Manning said. “A case manager with a heart.”

When Manning met Mumford, the first Welcome Home participant, he explained the peer support program and presented him with a Welcome Home box.

Inside, there’s a week’s worth of food and a month’s worth of toiletries as well as a bus pass, a  $25 gift card to Wal-Mart, a cell phone, and a letter from Mayor Steve Schewel.

“It’s the small things,” Manning said. “A lot of these guys have done their time, and they’re ready to change their lives. They just need somebody that’s on their side.”

But the most important offering in the Welcome Home program is the peer support specialist, or someone who can be what Manning calls a “standing model of change.”

“Chuck is keeping me on a positive path and I’m not really worried about getting in trouble because I know how to stay out of trouble,” said Mumford. “I can never get back the 13 years that were taken away from me, but I can look forward to a brighter future.”

The 52-year-old is staying with his godmother in Durham and focusing on transitioning back into society.

Manning found out that Mumford didn’t know how to use a smartphone — there were only flip phones when he went to prison in 2006. So, they met at the McDonald’s downtown so that Manning could teach him how to use the device.

Manning also has connected him with a program to help him get back his disability benefits. And they bought a pair of slacks that Mumford can wear to job interviews.

Looking forward, Manning said the Welcome Home initiative needs broad community support not just from the usual suspects — (Nonprofits and churches have strong roots in reentry work in the city.) — but the thriving businesses and wealthy people who also call Durham home.

“Those individuals need to donate, purchase some boxes, help employ some of these guys,” Manning said. “This is a new Durham we’re living in; let’s not forget about the people who aren’t benefiting from it.”