Oysters, aguachile and resilience at the newly reopened Saint James 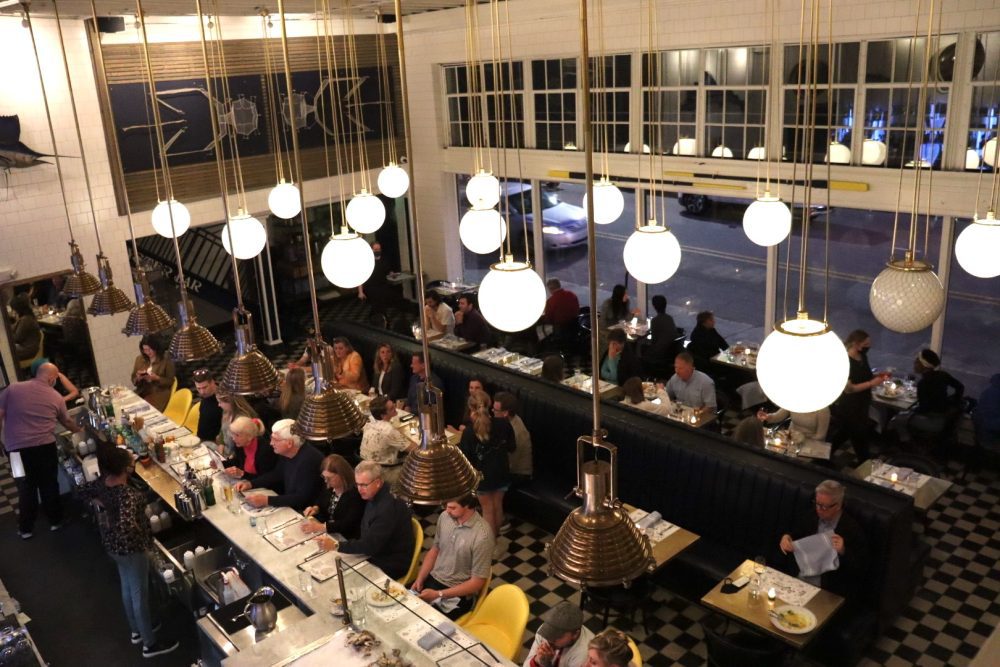 The table settings at Saint James Seafood are the first sign it’s a special place: a blue striped cloth napkin and a paper menu with cheeky illustrations – a claw nabbing a cherry from a cocktail glass, a fish with sexy lady legs, and a shark tanning on a beach inside a bottle.

The Main Street restaurant promises “quality seafood” and “reasonably good times” and says that it’s been open “off and on since 2017.”

Less than two years after Saint James first opened, a deadly gas explosion in April 2019 forced the restaurant to close. The building was condemned and Matt Kelly, the chef and owner, didn’t know when his business could reopen. “I was stressing out about it. The debt was piling up. It was awful,” he said. “Also, like, I’m a chef. I’m pretty risk averse … but I was committed on reopening for some reason. And we did it.”

Saint James resumed operations in January 2020 only to shut down 39 days later because of the pandemic. For a brief stint in 2020, the restaurant launched a takeout joint called Jimmy’s Dockside. It reopened on Feb. 2, 2022. 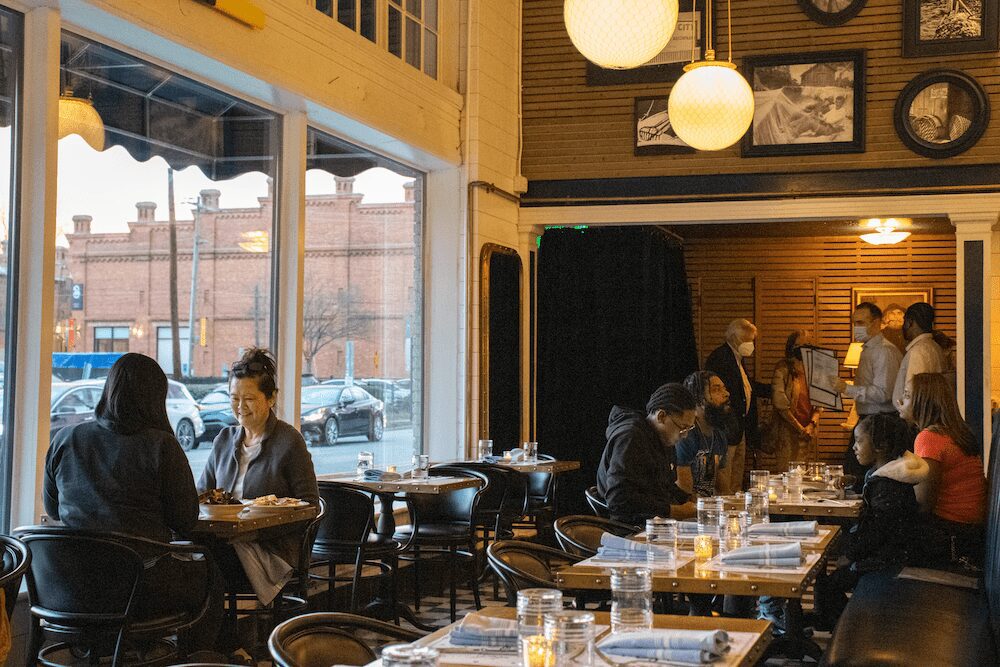 Kelly said that Saint James was able to stay in business because of the federal Paycheck Protection Program grants distributed during the pandemic.

“We, of course, want to have high-end service and high-end cuisine, and we aspire to greatness,” said John Quintal, Saint James’s general manager. “But at the end of the day, we have been closed twice due to things beyond our control and all you can really do is laugh.” 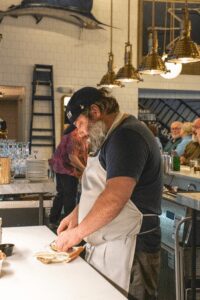 “When I open a restaurant, it’s a way to explore a culture,” Kelly said.

Kelly, 46, started as a dishwasher. He remembers buying $80 cookbooks, hungry to learn how to cook. Since then, he’s fallen in love with different food cultures and become one of the most prominent restaurateurs in Durham.

Recently, Kelly has been working the raw bar at Saint James, named after the patron saint of shellfish and the hospital founded by Kelly’s family. Most dinner guests don’t suspect the owner is the bearded guy wearing overalls and shucking oysters.

For Kelly, oysters are special because they demand simplicity. “Oysters are full of umami, good flavor, salt. They don’t need anything,” Kelly said. His menu allows less flashy ingredients to stand out, too – like the fries. Kelly starts with Idaho russet potatoes, which are then brined in vinegar, fried, and tossed with old bay seasoning. 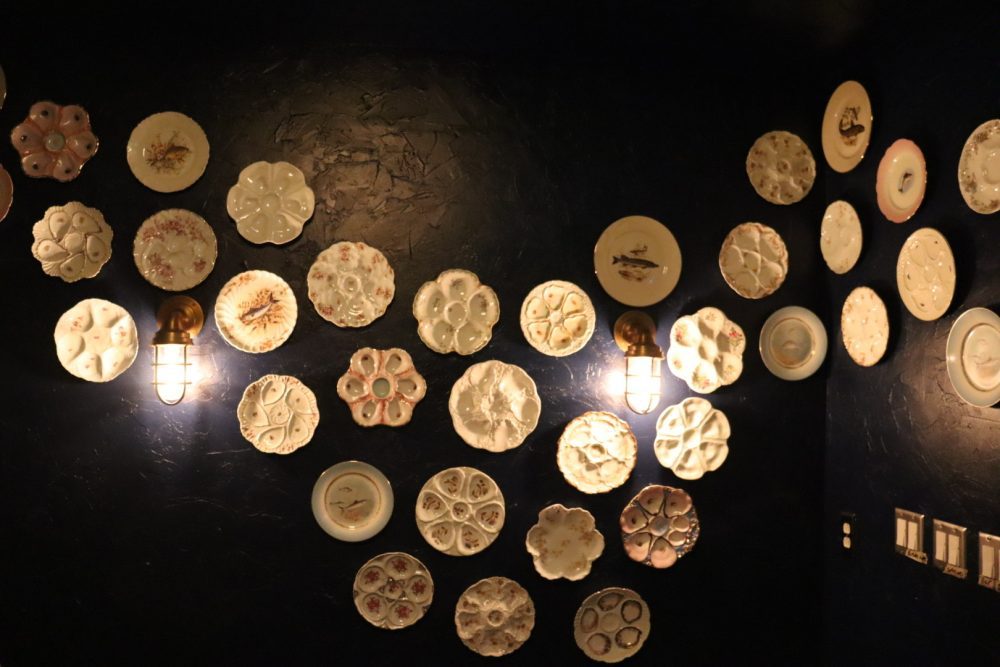 The place is warm but eclectic. He left the original black-and-white tile flooring from the site’s former life as a car dealership. The bluefin swordfish hanging above the main dining room, however, is a more recent addition, as are the glass buoy lighting fixtures, portholes and bright yellow bar stools that allude to a fisherman’s slicker. In the second-floor dining room (a.k.a the Captain’s Quarters) is a mural of a giant octopus crushing a ship.

Quintal said Kelly is “definitely an artist.” “This is his vision – the food, the building, the design, the art. He’s just got a keen eye.” 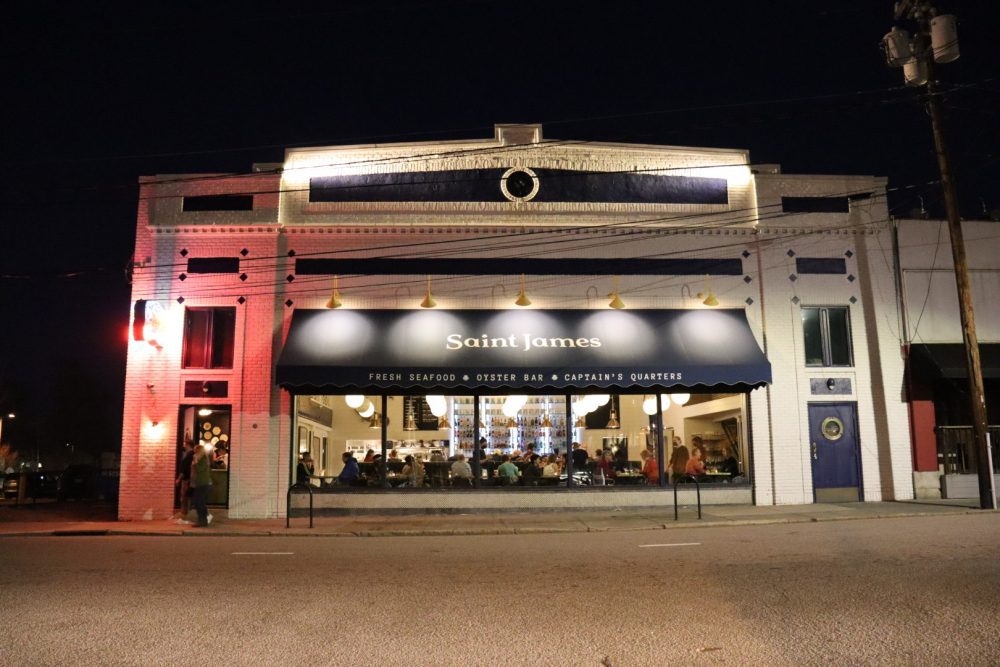