Home » In the midnight hour: The nocturnal email habits of Durham’s mayor 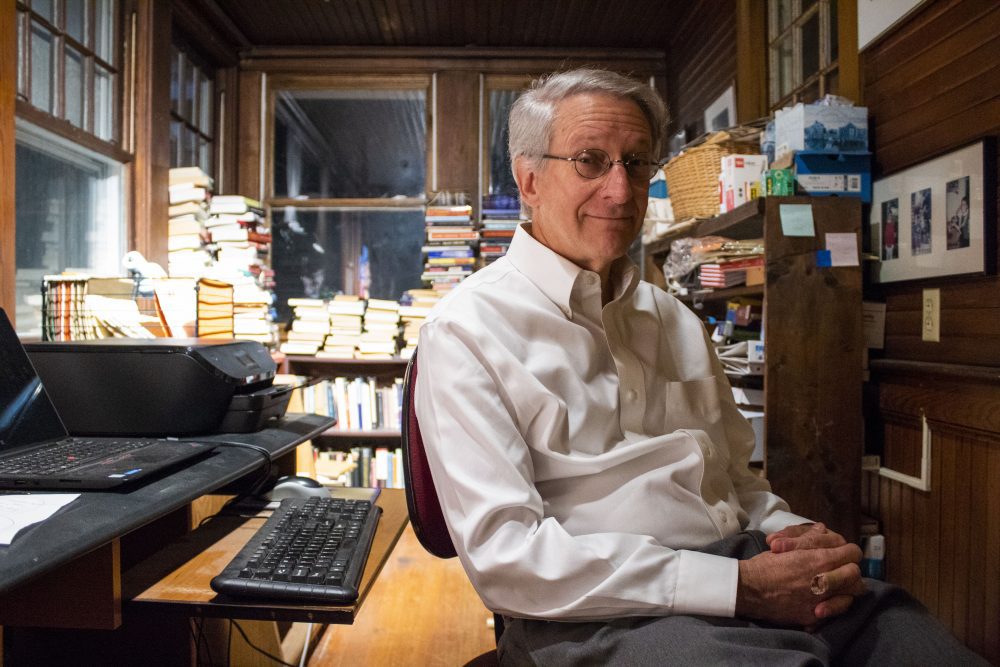 In the midnight hour: The nocturnal email habits of Durham’s mayor

Mayor Steve Schewel has a werewolfish habit of staying up late into the night answering emails.

While most of the city is asleep, he sends messages on subjects ranging from “Downtown Post Office Parking” to “Demilitarize Durham.”

In fact, Schewel sends more emails between 11:30 p.m. and 12:30 a.m. than any other time of day, according to an analysis by The 9th Street Journal.

We looked at more than 4,000 emails sent by Schewel since he was elected mayor in November last year and obtained by The 9th Street Journal through a public records request. Among the findings:

By day, he attends city meetings, reads materials prepared for the City Council, and presides over ribbon-cutting ceremonies, leaving little time to respond to emails.

At night, he becomes a ferocious emailer. He says he stays up late because he needs to respond to his constituents. “People have really important problems, even if some of them are small problems. It might be a pothole … or an issue about rezoning or affordable housing,” he says. “It’s important to them, and I’ve got to respond. I think that’s part of the job.”

His nighttime routine begins when he returns to his West Club Boulevard bungalow, kisses his wife Lao, and trades his jacket and tie for a cozy cardigan.

After dinner, he situates himself in front of the television or a book until his eyelids begin to feel heavy. “I read with my eyes shut,” Schewel jokes, explaining that he may nap until 11 p.m. or so.

Some nights he’ll wake up and go to bed. But oftentimes, he climbs the u-shaped staircase to his home office, opens his black laptop and starts sifting through his inbox.

The wood-paneled room is crowded with overflowing bookcases and a large upholstered chair. Schewel’s desk overlooks the backyard, but at night the view is obscured by the artificial light from inside.

“In the daytime, it’s a fabulous room,” he says.

Schewel averages between two and three late-night email binges each week. More than 37 percent of the days, he’ll send at least one email after midnight.

The subject lines of the emails he responds to are a Durham zeitgeist: a mix of invitations, city news, and complaints about urban problems, such as “Ms. Morris 3rd Grade Class Presenting at City Council Meeting,” “Six People Arrested in Prostitution Operation,” and “plant odors getting worse but no action from city to stop them.”

You can also spot trends from a flurry of emails on the same topic:  “Loud music in downtown Durham,” “Loud music from DBAP, late at night, two nights in a row,” “too loud!” “Outdoor concert noise,” and “loud noise from music festival on Friday and Saturday Sept 28-29.”

Thomas Bonfield, Durham’s city manager, says it’s normal for him to wake up to several emails that Schewel sent at 1 or 2 a.m. Bonfield says, “He’s so conscientious and there are so many people who are wanting a piece of him … and I think he’s trying to be responsive to all of them.”