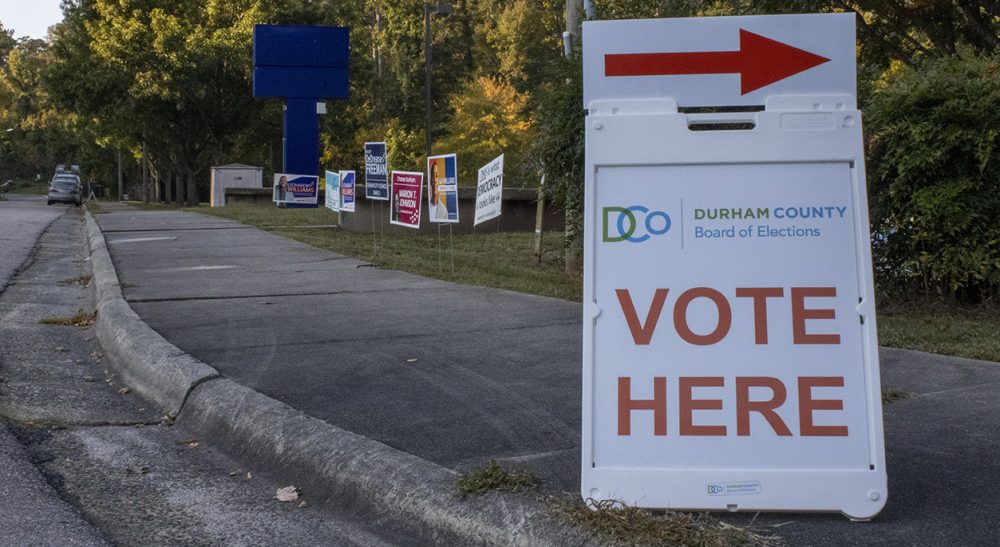 Few journalists covered the Durham elections more closely than the student reporters of The 9th Street Journal. They spent hours with the candidates, attended campaign events, and talked with local groups about their endorsements. But despite all that effort, some members of the 9th Street staff said they still felt like outsiders in the Bull City and wondered if they should vote. In a conversation after the election, they discussed their feelings. (The transcript is edited for space and clarity.)

Bill Adair, Co-Editor: How did your journalism change the way you look at Durham?

Jake Sheridan, Student Editor: I understood Durham as a really progressive place and as a place where people cared a lot about what’s going on. And I think I expected a certain civic interest that didn’t develop, that certainly wasn’t reflected in turnout, in the general interest people had in the race. I was surprised that Durham didn’t go vote.

Jake: Yeah, and I think that’s really interesting because, as a Duke student, I’ve seen a couple of elections. When it was a national election, Duke and the areas surrounding Duke — Ninth Street — it was like a paramilitary operation to register voters and to get people to vote for Democrats. And I think Duke is particularly emblematic of that newcomer aura in Durham. A lot of the students here aren’t from here, and they’re kind of coming and going, maybe even less invested than people who live here.

Caroline Petrow-Cohen, Reporter: I’ve always kind of thought that it’s a shame that so many Duke students are not more engaged in the Durham community, and I still think that. But my roommate the other day asked me if I thought Duke students should vote in local elections and I was like, “Of course.” And she was like, “But isn’t that unfair to the people who actually live here? Why should we be voting for our interests if we’re leaving in four years?” And I thought that was interesting because my instinct is of course you should vote, you should read up on the issues and vote. But (her point) is kind of valid. Why do we deserve to have a say if we don’t really live in Durham? We’re just here for four years. I voted, obviously, because I covered it. But not many of my friends voted, even though I was like, “Look at The Ninth Street Journal and read about the candidates.”

Becca Schneid, Reporter: Well, it’s almost worse when they vote. I think a lot of people change their address to North Carolina for the presidential election because they are from California or somewhere or Texas, so they’re like, “my vote counts more in North Carolina,” haven’t changed it back since and now are here with this power. You’re asking an important question. People have texted me and been like, “I’m going to vote right now, who should I vote for?” because they know that I’ve covered it. That’s so bad (that they have to ask me).

Caroline: Just because we covered it doesn’t mean that I have the same interests as someone who lives in the city. I think I’m doing the right thing, but am I? I don’t think it’s ever the right thing to not vote, but maybe it is. I don’t know.

Bill: Yeah…that’s an interesting question. At what point is someone suitably up on the candidates and issues so they can make a wise decision? And some people argue, “Well, you should really know the issues and you should know the candidates before you vote.” And so therefore a low turnout is not necessarily a bad thing. It reflects people who aren’t engaged and therefore maybe should not be voting.

Julianna Rennie, Student Editor: I’m pretty sure Javiera Caballero got at least a thousand-something votes and she had dropped out of the race. So how informed are those people if they didn’t even know she wasn’t running? Or are we assuming those people made a conscious decision to vote for her because they preferred her policies?

Becca: I know some of them didn’t (support her) for her policies.

Bill:  Yeah, we probably all know at least one person who voted for Caballero.

Charlotte: When I spoke to Professor Mac McCorkle for my turnout article, he was saying 10 percent of people voted. How is this democratic? That begs the larger question if we’re saying like, “Well, maybe it’s good that the people who turned out are the ones who are most engaged.” But then on a broad level, that can also be a slippery slope to “Well, if people aren’t informed, they shouldn’t vote.” I still think that ultimately, if we’re looking for purely democratic purposes, everyone should vote and they should be informed. But if they’re not informed, the logic of “they should be excluded” can lead to other issues.

Olivia Olsher, Reporter: I think something I would have really appreciated coming into Duke would have been a kind of local news orientation – where can you get your local news, outlining here’s who you can follow on Twitter, here’s what the local government is doing, who they are, and the main issues that are happening and being discussed this year. I feel like a 30-minute debrief on Durham, where you’re going to be living for four years, would be really helpful.

Editor’s note: Reflections is a feature that encourages student journalists to explore how they have learned and grown from the stories they have written for The 9th Street Journal. It is funded by a grant from The Purpose Project

Above, a sign points the way on Election Day. Photo by Josie Vonk – The 9th Street Journal