Home » Reflections: The power of verbs — and community 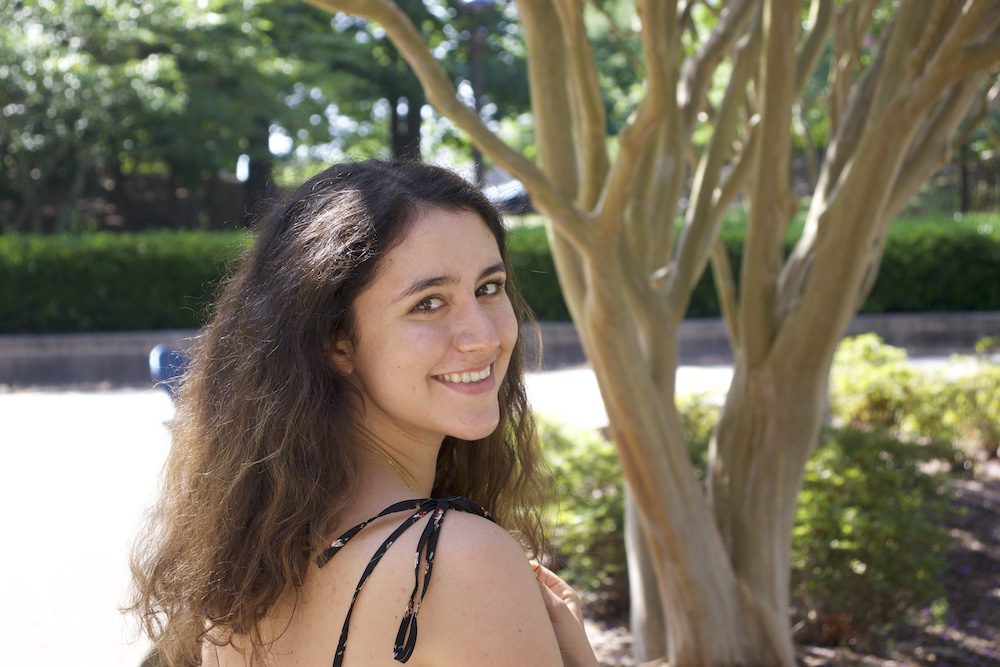 Reflections: The power of verbs — and community

Simmer, crunch, trawl and lambast are my favorite words on the verb wall. Scrawled across the white board by four different hands— Maddie, Akiya, Ana, and I— they’re part of an ever-growing collection etched in black and magenta markers. We’ve spent more than 300 hours together in the Reporters’ Lab this summer. Somewhere along the way, the Wall sprang to life.

If one of us needs a word, it’s there for the taking. And if our first search is unsuccessful, we turn to each other. The intense, focused energy of the office fractures for a moment as we brainstorm a better word than “scatter.”

The popular image of a writer is a lonesome old soul with a typewriter. Or maybe an oddball— a socially awkward reporter who breaks into events where he clearly doesn’t belong. We seldom think of writing for what it is: a community-driven act.

I’ve plunged myself headfirst into the Durham community this summer. Coming from Los Angeles, I always thought of the Bull City as a slow-paced town. But the pursuit of stories has taken me to the center of action, revealing that Durham is a place in constant motion.

I first saw it at a city council meeting, where residents rose from their seats to defend a beloved skate park from demolition. I saw it as dozens of concerned parents organized to ensure access to after-school childcare. I saw it at a Juneteenth festival, where Durhamites joyfully came together and danced to celebrate freedom.

These earnest, driven community members are at the heart of my reporting. To understand issues that matter, I’ve spoken to everyone from a city councilman to a poet in a fox suit. They trusted a college kid with a notebook and a voice recorder app with their stories, and I’m grateful.

There were definitely moments where I stumbled, didn’t ask the right questions. Thankfully, my sources never complained when I’d send multiple follow-up emails asking for clarification. I couldn’t have told authentic stories without them.

But reporting is just the first step. When I’m writing, I lean on my support system in the Lab. Our editors have commented that the four of us get along extraordinarily well. This is true. We fire off potential story ideas and sentence structures almost as often as inside jokes. Most importantly, we’re a support system. When an email to a city official goes unanswered for weeks, we commiserate (“I mean, is it that hard to just respond?”). When someone’s story runs in the INDY Week, we celebrate (“You should send a copy to your grandma!”).

The last piece of this puzzle is the editors. Over the summer, they painstakingly combed through multiple drafts of each story, making suggestions and observations that never would have occurred to me as an amateur reporter. They’ve pushed me to do more research, to ask better questions, to be bolder and more creative as a storyteller. By the time it’s published, a typical story has gone through up to six sets of eyes.

I wonder if the white board will be wiped clean once we go our separate ways this summer. On Saturday morning I’ll take the first outbound flight to New York City, leaving Durham behind until campus roars to life again. I know that when I’m there, I’ll bring my hunger for words with me. Maybe I’ll jot them down, store them for later. I’ve found that while it takes just one writer to put pen to paper, it takes a village to write a good story.

Editor’s note: Sevana Wenn was a 9th Street Journal reporter this summer. She is a member of Duke University’s class of 2025.