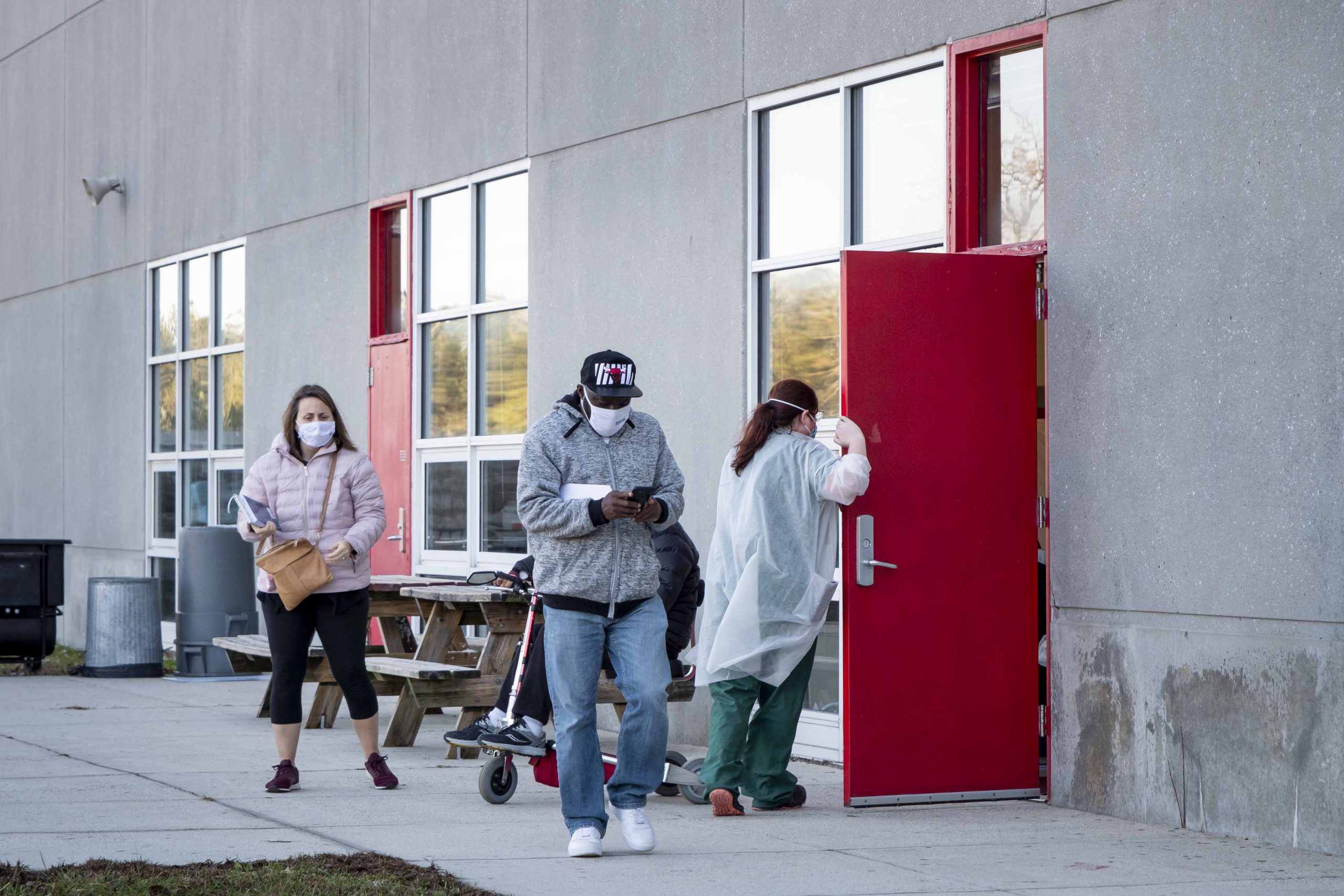 When Rev. Mark-Anthony Middleton looks into the eyes of some of his elderly Black parishioners, he sees a deep, historic hurt that leads them to question the coronavirus vaccine.

“Older folks still have the memory of Tuskegee,” Middleton, a Durham city council member, said, referencing the Tuskegee Study, a study on syphilis that withheld proper medical treatment from hundreds of misinformed infected Black men as recently as 1972.

Historical malfeasance has led elderly Black Durhamites to mistrust medical institutions, explained Middleton. To address the gaps between vaccination rates for people of color and white people, that anxiety needs to be taken seriously, the council member said.

“We have to affirm the legitimate fears and concerns that people have,” Middleton told the 9th Street Journal.

Eligible people in marginalized communities, particularly Black and Latinx people in Durham, are getting the vaccine at a much lower rate than white folks. As of March 3, 19.5% of Durham County’s white population has received the first dose of the vaccine, according to data made public by the North Carolina Department of Health and Human Services. That’s almost double the rate for Black Durhamites: 11.3% of Black or African-American people have gotten their first shot.

For other marginalized ethnic and racial groups, the rates are even lower. Five in 100 Hispanic people in Durham have received their first vaccine, while only 6.27% of American Indian or Alaskan Native people have received the vaccine.

A lot of the inequity is a result of structural shortcomings. People of color have less access to wifi connection and transportation, making it hard to get the vaccine even for people who are eligible and want it.

But fears over the safety of the vaccine widen the gap, local health experts said during Durham County public health’s “COVID-19 Vaccines in the Black Community” livestream on Feb. 16.

To address the inequities, the department has offered free rides to vaccination sites for people with appointments. Local churches have chipped in too, working to gain permission from state leaders to become official vaccination sites.

Overcoming the psychological barriers to vaccination, however, requires a more empathetic, creative approach.

For Middleton, getting his first shot was a part of the effort. He was one of several local Black leaders the county health department selected to vaccinate on live television. His second shot, set for March 10, will be livestreamed too.

While he has also been verbally advocating for the safety and efficacy of the vaccine via his radio channel and pastorship, Middleton believes the fact that he can point to his arm and say “I got it” goes a long way.

From the pulpit and the recording studio, Middleton has been spotlighting Black women who have helped create COVID-19 vaccines, including Dr. Kizzmekia Corbett, who has been instrumental in developing the Moderna COVID-19 vaccine, he added.

Nurse Faye Williams, who came out of retirement at the start of the pandemic, was the first person in the Triangle to be vaccinated. Speaking at the county health department’s Facebook event, she said she hoped other Black people might’ve seen a reflection in her as she got the shot.

“I wanted them to look at me and also see themselves… I wanted to be an example, and do my part,” she said.

Durham County Health Director Rodney Jenkins, who also spoke at the event, admitted he had to take some tylenol and catch an early night on Christmas eve when he was vaccinated on Dec. 23. But the effects didn’t last long, he said.

“I came back Christmas day feeling brand new,” he said, adding that he’d do it all over again in a heartbeat.

The panelists touted rest, hydration and Tylenol as key ingredients to a successful vaccination experience.

Building trust in the Latinx community

Some Latinx residents may be hesitant to receive the vaccine because they don’t know that it’s free or that receipt of the vaccine will not be considered in a public charge determination, which could affect immigration status, Perreira said.

Others might be unaware that no documentation of US citizenship or immigration status is necessary to get vaccinated, added Perreira, a member of the state’s CEAL Research Team, a coalition of medical professionals focusing on COVID-19 awareness and education research among underserved communities

“For Latinx residents who may not have a computer, may not have a driver’s license, or may not read or speak English, these barriers can be especially high,” she wrote.

Other pressures may discourage Latinx people from seeking vaccination too.

“Your average Latinx person will probably not feel at ease walking into a county health department or hospital, and will feel more at ease getting vaccinated at an event that is tailored for our community,” explained Rev. Edgar Vergara, head pastor at La Semilla, a United Methodist church that serves Latinx Durhamites.

Duke Health, La Semilla and other local non-profit and religious organizations have joined together to host a series of vaccination drives. The drives take place in places familiar to many Latinx community members, such as El Centro Hispano and the Latino Community Credit Union.

Last weekend, over 500 people were vaccinated at an event at La Cooperativa Latina in Raleigh, reported Dr. Viviana Martinez-Bianchi, health equity director for Duke Hospital’s Department of Family Medicine and Community Health. Martinez-Bianchi leads Latin-19, a network of Duke doctors and state health officials focused on fighting COVID-19 in the Latinx community. Vergara said another vaccine drive in Durham is scheduled for Thursday this week.

Having someone who speaks your language, who is a member of your own community providing resources for fighting COVID-19 makes a huge difference, he added.

“Together,” said Vergara, “we are able to reach more people and have a greater impact.”

At top: Durham residents exit Southern High School after receiving the COVID-19 shot at a vaccination in late January. Photo by Sho Hatakeyama.