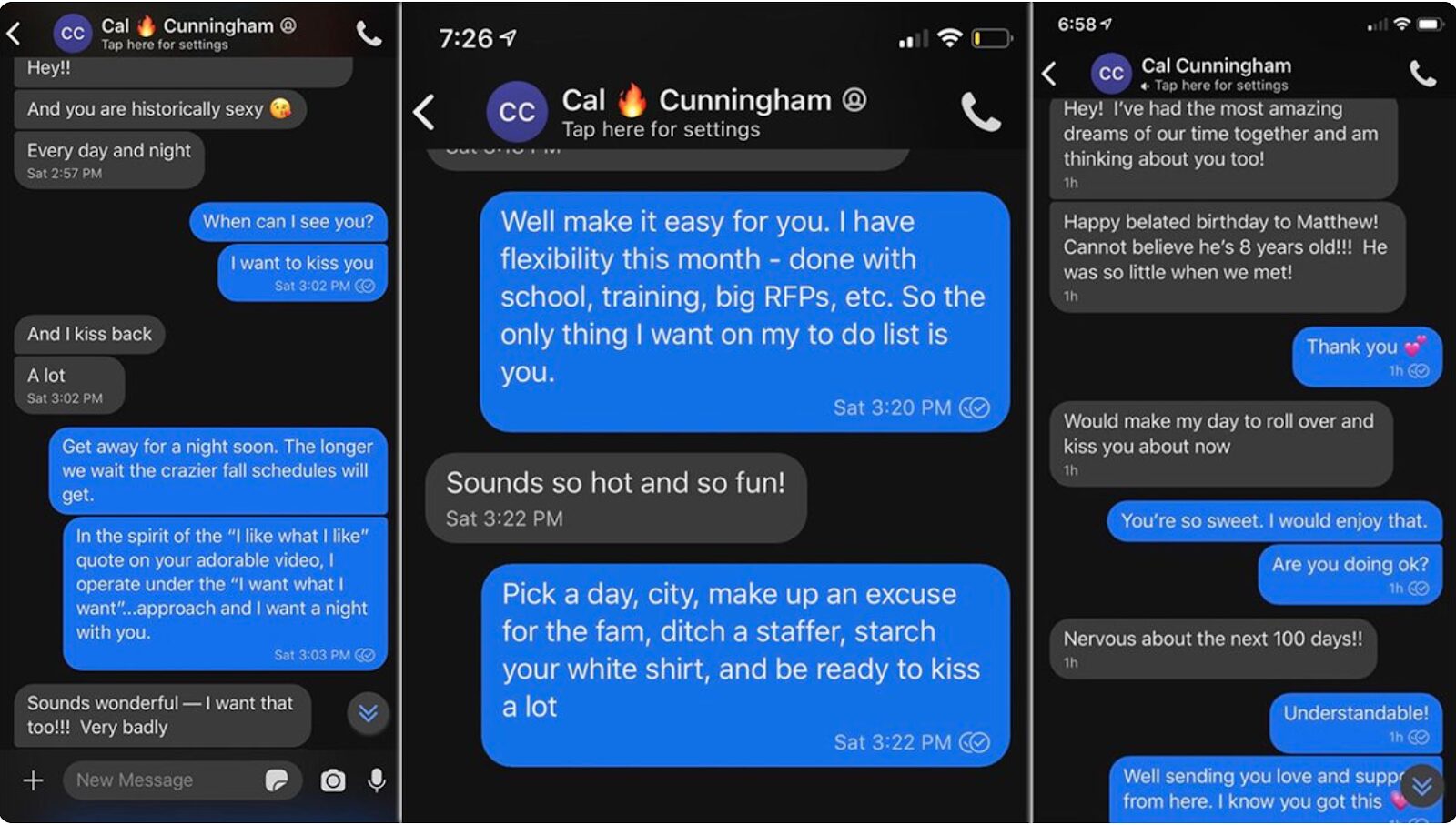 They are opposition researchers, people who assemble negative information, or “oppo,” about political candidates for their clients. If the oppo is spicy enough, it can dominate headlines and define a campaign.

And lately, they appear to be all over the North Carolina Senate race, where everyone seems to be dumping oppo.

On Oct. 7, the website American Ledger released a story with divorce filings showing that the ex-wife of Republican incumbent Thom Tillis alleged “cruel and inhuman treatment” by Tillis and that living with him would be “unsafe and improper.” American Ledger is paid for by American Bridge 21st Century, a Democratic super PAC often involved in oppo research.

The oppo dump was likely an attempt to steer the race’s narrative away from Democratic challenger Cal Cunningham’s recently uncovered extra-marital affair.

Later that night, Cunningham admitted to sending the texts. The Associated Press eventually confirmed that Cunningham had an in-person sexual encounter with Todd in July.

Was this a juicy find by Republican oppo researchers? Patrick Howley, the reporter who broke the story, insists it wasn’t.

“I obtained these screenshots from a concerned citizen, NOT through opposition research,” Howley wrote in an email.

But a veteran Washington journalist who wrote a novel about oppo says the episode has the hallmarks of dirt dug up by a shrewd investigator.

“You’ll never have proof because they’re not going to name their sources necessarily, but it certainly has all the classic footprints of oppo research,” said Tom Rosenstiel, author of “Oppo.”

For all its notoriety, oppo research begins with the mundane: combing through mounds of information to assemble a profile of a candidate.

The oppo “checklist” includes tax records, voting histories, business ventures, personal details, divorce proceedings, lawsuits — anything that could be incriminating, said Alan Huffman, an investigative journalist turned oppo researcher who has delved into the lives of over 100 candidates.

“Even though you’re a hired gun as an opposition researcher, your methods, if you’re doing it properly, are exactly the same as they would be if you were an investigative reporter,” Huffman said.

In addition to targeting opposing candidates, Huffman also digs up dirt on his own clients, allowing them to anticipate attacks.

“You look at them with basically the same sort of unjaundiced eye. [It] doesn’t really win you a lot of friends within your own campaign,” he chuckled.

With the oppo assembled, the client — which could be a campaign, a PAC, a political party or any other independent group — decides the what, when and how of the release.

“And then I want to take those 40 things, and I want to test them all in some polls. And I want to find out what works,” he said. “And that’s what we’re gonna focus on in the campaign.”

But after the release, the oppo doesn’t always work as intended.

“You never know how it’s going to play … sometimes we’ll find something that seems like a total deal-breaker and nobody cares,” Huffman said. “And then sometimes something seems almost inconsequential, and then it gets a life of its own and develops this whole ecosystem and dominates the race.”

In an era of heightened polarization and changing sexual mores, sexual scandals may not carry as much umph as before. The latest polls still show Cunningham with a slim lead over Tillis.

And North Carolina voters may be less squeamish than most.

“North Carolina voters are probably the world’s greatest experts in negative advertising,” Pearce said. “They have seen it for like 40 years. … It is really hard to penetrate their defenses. They have really got up bullshit shields.”

Detecting oppo can be difficult, since media organizations will rarely admit that it was their source. Still, there are clues.

When a fringe news organization publishes information that would have required a high level of expertise to extract, that’s a sign, Rosenstiel said.

Other clues can be found in the way the information is released. Campaigns will often delay the release of oppo until a moment in the campaign cycle when it could have the most impact — a salacious October surprise.

Campaigns also rarely publish oppo on their own sites, preferring to leak it to a sympathetic media organization. Think American Ledger, or NationalFile.com.

“The goal of opposition research is to ultimately change the narrative of the race by distracting your opponent and making them have to respond to your opposition research,” Rosenstiel said. “And the best way to do that is to leak it to a friendly news operation that publishes it.”

This process has accelerated with the partisan splintering of the media world and the proliferation of online outlets. As “quasi extensions of the party,” these media sites are perfect places to dump oppo, Rosenstiel said.

The Internet has changed oppo work in other ways, too. In a matter of minutes, false information about candidates can flit across Twitter and Facebook, feeding off likes, shares and retweets — “viral before it’s even vetted,” Huffman said.

This complicates the work of oppo researchers. After all, who needs to hunt for evidence when a doctored video can suffice?

“I feel like that has, in some ways, made opposition research obsolete, because it’s a total work around,” Huffman said. “You don’t have to have the facts in order to undertake character assassination.”