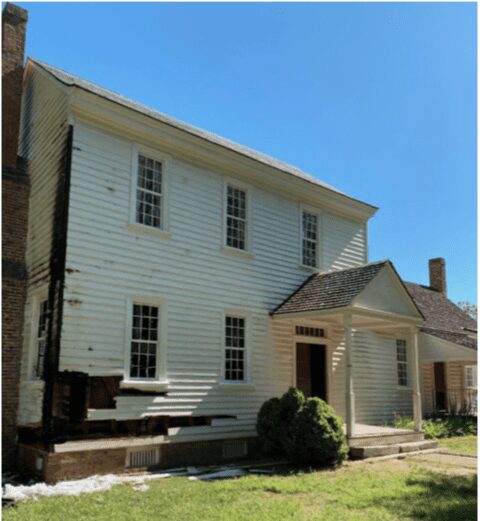 Fire at Stagville plantation was set

Last week’s early-morning fire at Historic Stagville state historic site was set, according to a fire department chief who was among the first on the scene.

The site is located on part of what once was North Carolina’s largest pre-Civil War plantation, which covered more than 30,000 acres in northern Durham County. Approximately 900 enslaved people once lived there.

Four exterior portions of the 18th century Bennehan family home were on fire when Chief Allen Needham and other members of the Bahama Volunteer Fire Department pulled up at about 6:45 am, Needham said.

Because the building is so old, the wooden materials burned easily, like “a lighter box,” said Needham.

Fire, smoke and water used to extinguish flames on a front corner of the building damaged furnishings inside, including a rug, table, chairs and portraits hanging on the walls, Needham said. Fire on the back of the building damaged a porch and doors but firefighters put it out before the interior there was harmed, the fire chief said.

The Lebanon and Redwood volunteer fire departments also rushed to the scene, Needham said. Fires in two other spots on the building were small and easily extinguished, he said.

Needham said he found “other stuff” that indicated it was a case of arson, but was not authorized to disclose what that is.

Programming at Stagville for years has focused on teaching visitors about the lives and work of enslaved people confined there by the Bennehan and Cameron families. In addition to a Bennehan family house, the site includes four buildings where enslaved people lived and a large barn.

Investigators from the Sheriff’s Office and the county Fire Marshal’s Office are looking for leads on who set the fires. Anyone with information can contact the Sheriff’s Office criminal investigation division at 919-560-7151 or Durham Crimestoppers, which welcomes anonymous calls, at 919-683-1200.

If a tip leads to an arrest, a caller could be eligible for a cash reward.