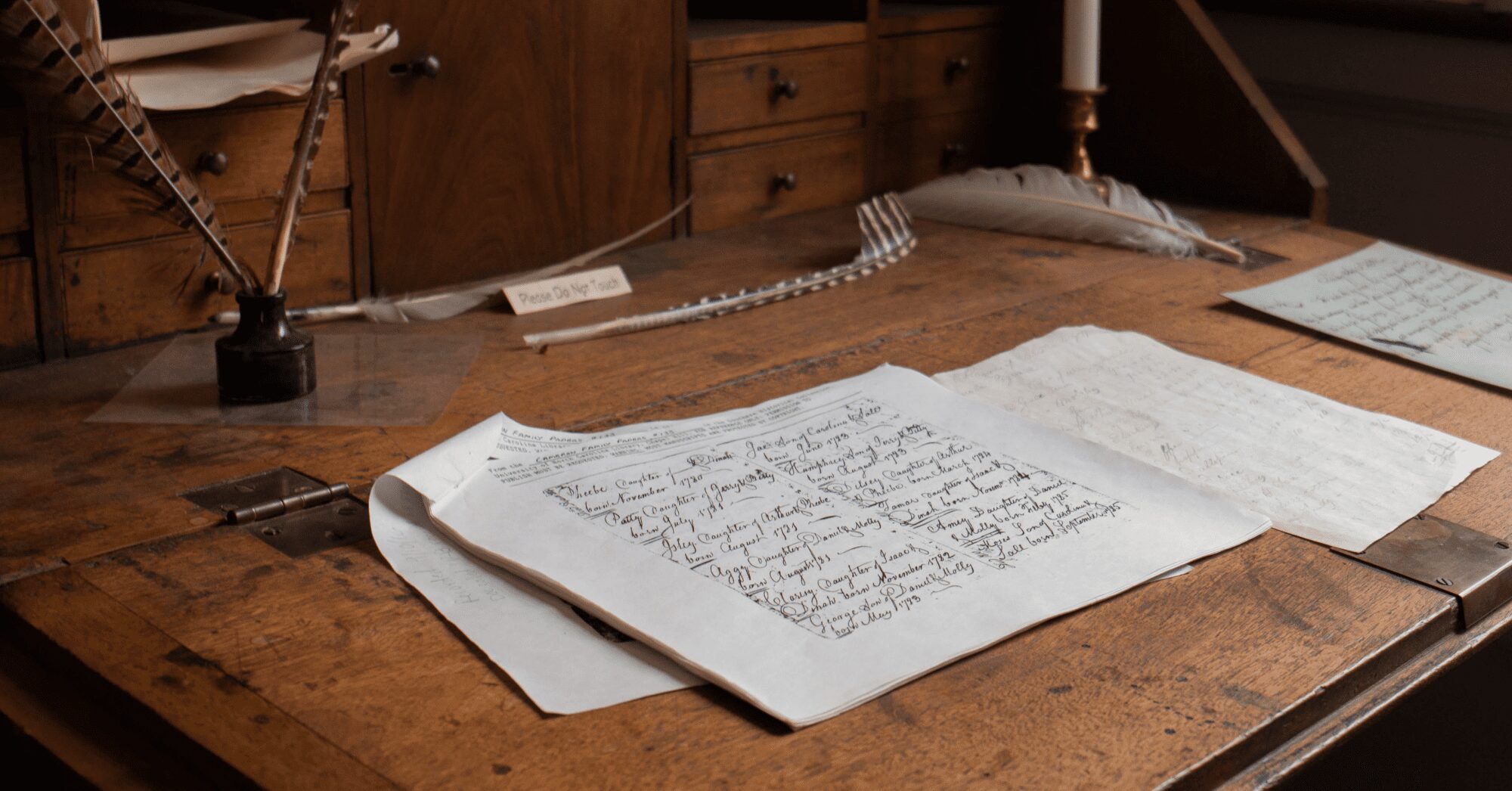 Durham native Wilma Liverpool walked into Stagville State Historic Site on a recent Saturday with a single piece of paper in her hand and many questions.

The folded paper was a photocopy of the court document that freed her enslaved ancestor, Franky Liverpool, in 1803 after her owner died. The document described her as a woman of “yellow complexion,” meaning that her mother or a grandmother was likely raped by a white man, Wilma Liverpool suspects.

Clues to many injustices were stored in the document. Franky’s last name floats above her first name, inserted with a caret. “An afterthought,” Liverpool said.

The Liverpool family has celebrated Franky’s birthday every year since they discovered this document a couple of years back. But they still wonder about their other enslaved ancestors.

That’s why Liverpool went to Family History Day at what was once a large plantation. There staff and exhibitors shared resources available to African Americans trying to find information about enslaved ancestors, whether they were held in captivity at Stagville or not.

The vast majority of people enslaved in the United States were prohibited from reading, writing, attending school, legally marrying or owning land or a business. Paper trails for those basic aspects of life now serve as the inroads into personal genealogical research for most Americans.

When African Americans attempt to trace their family tree, many often cannot dig deeper than the late 1860s. It was only after the Civil War ended that the U.S. census started recording African American people as more than just numbers.

According to the U.S. National Archives, the 1870 census was the first to record African Americans by name and it often serves as the first official record of a surname for former slaves. Their age and place of birth was also recorded in that census.

Before the Civil War, more than 900 enslaved people lived at Stagville, making it one of the largest plantations in North Carolina. The Cameron and Bennehan families owned the 30,000 acres of land. The historic site occupies a small portion of that land.

Records of enslaved people were just tallies on a census listed under a slave owner’s name at some plantations. But the Camerons kept detailed records of purchases and sales of individuals, records that help their descendants trace their ancestors today.

Slave deeds are property deeds that slave owners filed with county courts that contain invaluable information about enslaved people. These individuals may only be recorded by number, but more often they are listed by name and age, which provides crucial information for historians and genealogists.

The UNC project focuses on compiling and digitizing slave deeds. People Not Property: Slave Deeds of North Carolina is projected to make those records accessible to the public within the next year, said Brian Robinson, a curator at UNC Greensboro.

Stagville’s table displayed large handwritten family trees of the families who were enslaved at the plantation. The diagrams were drawn into a large booklet that took up most of the table. They were cumbersome to flip through, but guests went at the awkward task with intrigue and determination.

One visitor was Jennette Thompson. Thompson’s great grandmother, Bertha Meeks, was enslaved at Stagville, she said. She suspected that she may also be related to the Justice family, another family enslaved there, which is why she wanted to look at the site’s records.

Staff members are moved by the quests. “You see the excitement in their faces,” said Khadija McNair, Stagville’s assistant site manager said about the people who dive into the records. “They’re finding out about who they are as a person.”

Not every former plantation site delves deep into the atrocities that happened on their land the way like Stagville does, said site manager Vera Cecelski. Today, a number of former plantations maintain the big white house and willow tree trope, advertising themselves as picturesque locales to host events and weddings.

“Stagville is a plantation site that’s focused on telling stories about slavery, enslaved people, and  the history of white supremacy in an honest and ethical way,” said Cecelski.

Despite outreach events such as Family History Day, both Cecelski and McNair voiced concern that some Durhamites don’t know that Stagville exists.

“Right now a real goal for our site is to have a deeper engagement with Durham and to have more people in Durham understand that Stagville is here as a resource to engage with,” Cecelski said.

Nonetheless, the open house was a bustling day.

“Tell ‘em freedom is on the rise!,” Wilma Liverpool exclaimed as she left. “Look out!”

At top: Stagville State Historic Site displayed a ledger that logged precious information about people once enslaved there. One entry reads: Aggy, daughter of Daniel and Molly, born August 1781. Photo by Corey Pilson