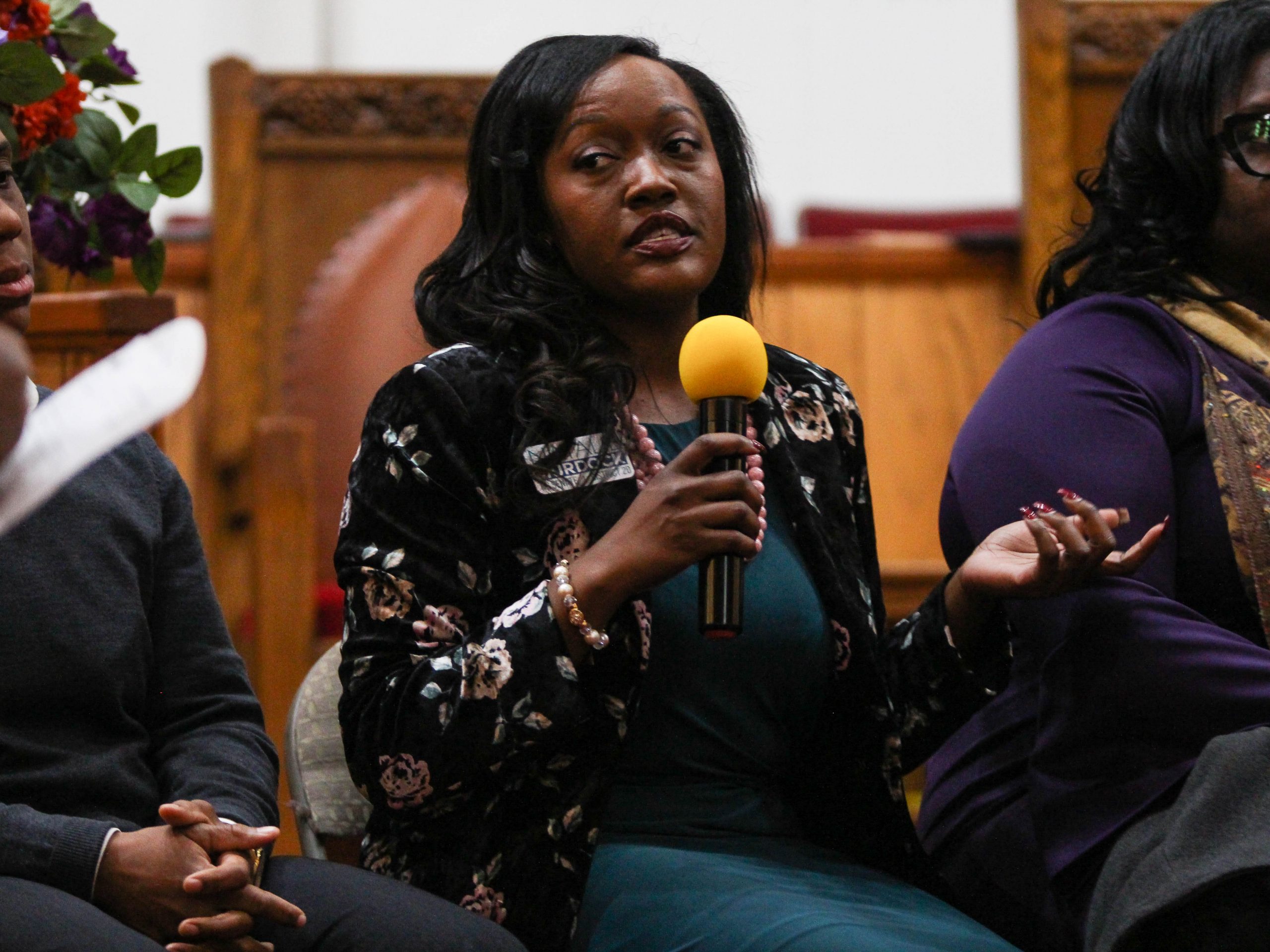 If Durham voters select her as the Democratic candidate for state Senate on Tuesday, they will accomplish several things, Natalie Murdock says.

They’ll embrace the leadership of an African-American woman, the only elected office holder of the three candidates in the race, she says. And they will reduce how severely black women are underrepresented in the General Assembly.

“Quite frankly, a woman of color should have been recruited in the first place to seat this seat,” Murdock said at a panel called “Race, Womanhood and Deconstructing Political Barriers” earlier this month.

“The double standard is clearly there. But, on this campaign trail, I have embraced this challenge because it’s great preparation for the battles I will fight in the Senate,” she added.

Multiple organizations, including the influential People’s Alliance PAC of Durham, INDY Week, Equality North Carolina and Lillian’s List have endorsed Murdock, who has worked in transportation planning, communications and other areas, including politics.

A product of North Carolina public schools, including the University of North Carolina, Chapel Hill, Murdock emphasizes the need to improve public education. Specifically, she wants to help raise the wages of teachers and other school workers.

“My grandmother was actually a cafeteria school worker, so I know the value of the bus drivers, the custodians, the folks that are serving your food. It takes all of those individuals to make sure our schools run properly and they deserve to get at least $15 an hour,” Murdock said.

In a plank of her platform called the Lucas & Parker Education Plan, she also calls for increased funding to historically black college campuses and community colleges.

Murdock named multiple sections of her platform after influential black women in North Carolina. The Lucas & Parker Plan honors Jeanne Lucas, the first black woman to serve in the state Senate, and Omega Parker, a one time Durham Public School board member.

Mudock, who grew up in Greensboro, favors criminal justice reform too. She says North Carolina has not done enough to dismantle a school-to-prison pipeline.

“There’s a rise in young black girls getting suspended and expelled from school. There’s a direct correlation between those suspensions and expulsions, and them ending up in the justice system,” Murdock said.

Murdock was elected a Durham Soil and Water District supervisor in 2018, a position focused on protecting drinking water quality, agriculture, and open space in Durham County.

“I have been an environmental advocate for as long as I can remember,” she said. Much control over environmental policies rests with state legislators, she notes, including management of the Clean Water Management Fund, parks funding and support for farmers.

At a candidate forum held at Duke University last week, Murdock emphasized the need for safe affordable housing — one of the most high-profile  issues in Durham currently “Wages in combination with housing is really something we have to get a handle on,” she said.

“Our members really liked the fact that Natalie has real experience in governmental and public policy making, as well as her platform,” Miller said. ”It shows networking, experience, and the ability to make decisions and get it done.”

Launching the firm Murdock Anderson Consulting in 2017 gave Murdock a new understanding of the challenges Durham business owners face, she said at the forum.

“As a new business owner. I actually know what it feels like to go without health insurance. There were times where I chose to make payroll and not have health insurance,” she said.

Candidates for the Democratic nomination were congenial during much of the Duke candidates forum, but they made moves to distinguish themselves.

Ellis said the fact he is older than Murdock and Freelon could bolster his readiness. When Freelon noted that he favors marijuana decriminalization, Murdock quickly inserted that she did too.

“I’m somebody that’s going to boldly state my opinions – not just when it’s convenient. – and that’s what we really need,” Freelon responded.

When asked what she wanted voters to know about her at the close of  the forum, Murdock shared three numbers: twelve, four and zero.

“It’s been twelve years since Durham has had a woman to represent them in the Senate. We only have four women of color in the Senate right now. We have zero black women under 40 in the House or the Senate,” she said. “I think we can provide our state with the representation that it needs for the marginalized.”