Home » A moment in Durham: ‘We do not walk past without saying their names’ 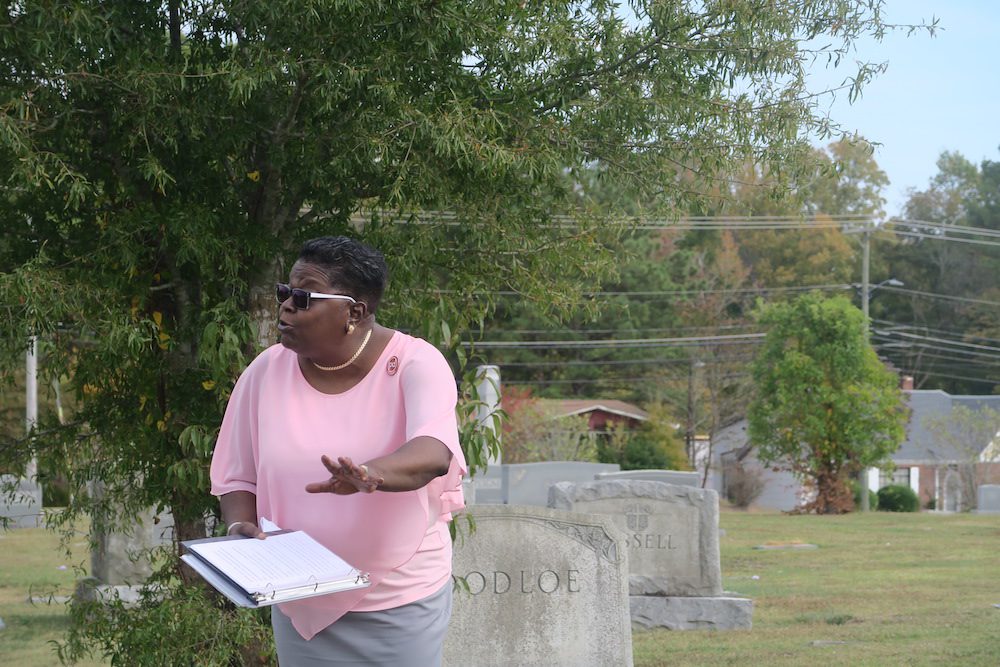 A moment in Durham: ‘We do not walk past without saying their names’

On a balmy Sunday afternoon at Beechwood Cemetery, Melva Rigel walked up to the grave of Viola Turner (1900-1988). Beneath the small stone marker on the ground lay the first female vice president of North Carolina Mutual Life Insurance Company, once the largest Black-owned insurance company in the country. Turner herself never took no for an answer and climbed up the corporate ladder. Rigel said Turner insisted that, “You don’t fight physically, you fight with your brain.”

Preservation Durham, a local nonprofit devoted to historic preservation, recently began tours through Beechwood Cemetery, a historically Black cemetery where 8,000 have been buried since 1926. Beechwood is one of two public cemeteries in Durham. Maplewood Cemetery, founded in 1872 as Durham’s first city cemetery, was initially closed to Black residents. For 54 years Black Durhamites lacked a public cemetery, until Beechwood opened. 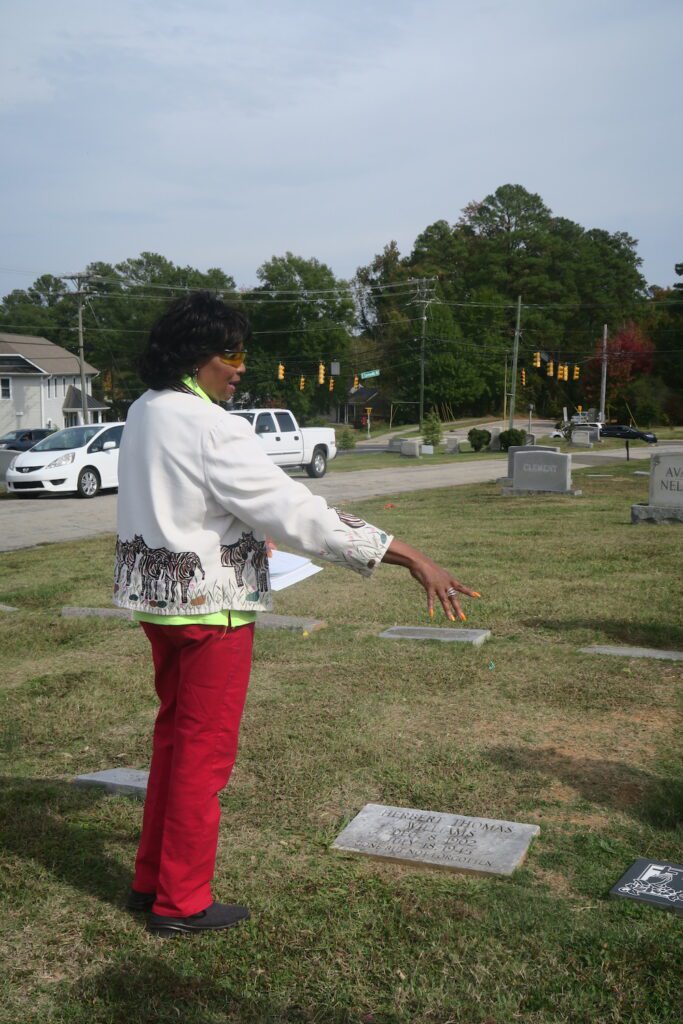 About 30 years ago, the historic preservation group started tours at Maplewood Cemetery.

“This has been long overdue,” Chris Laws, executive director of Preservation Durham, said of the Beechwood tour. “We can’t do anything about the past and what we should’ve done. We are going to do it right now.”

The tour began with an introduction from Charles Johnson, a history professor at N.C. Central University. He explained that at the beginning of the 20th century, “In most areas of the South, African Americans in particular were not doing well. But Durham was a bright shining example of what was possible.”

Many of the people described on the tour had parents who were born into slavery and went on to build generational wealth. Johnson explains, “Many African Americans here had their wealth invested in institutions they owned, which meant that that money stayed within the African American community.”

The tour guides, Beverly Evans and Melva Rigel, grew up in the College Heights area of Durham. They spent hours researching each individual who is buried in the cemetery and knew many of them personally.

As the tour started, Rigel stated, “You will notice that we will not be walking past any grave sites. After all, all lives regardless of profession are important to us. We do not walk past without at least saying their names.” It was true. Over the course of two hours the tour covered each and every person, even if only to simply state that someone was another person’s husband or sister. When Evans or Rigel forgot to comment on a tombstone, one would remind the other to backtrack.

The tour centered around personal anecdotes shared by Evans and Rigel. “All of these people lived as our neighbors,” Rigel explained. “They lived, worked, and played together. And, now they’re resting close by.”  Some stories were met with laughter and others with solemn nodding, as the guides shared photos of the person, their families, or their home. Evans and Rigal spoke  with familiarity while pointing to each name, providing a lighter air to a tour that might’ve otherwise felt eerie. 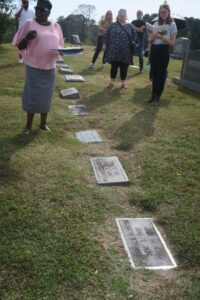 The guides described veterans of World Wars, football players turned haberdashery owners, homemakers, and well-known business leaders like William A. Clement (1912-2001) and C.C. Spaulding (1907-1987). The group zig-zagged through the cemetery, seeing family names intertwine. First wives were laid to rest next to second wives. Daughters and sons of families that had been introduced earlier reappeared, married to other daughters and sons we met later in the tour.

One grave belonged to Evans’ and Rigel’s French teacher at Hillside High, Cynthia P. Smith (1874-1952). Smith’s most famous student was André Leon Talley, the American fashion journalist. “After two years of speaking French, she insisted that we could only speak in French,” Evans said. “So then I had to get out of the class.”

Charlotte Sloan (1920-1995) was another active member of the community. “She particularly taught us etiquette,” Rigel explained, “She would invite us to high tea. It didn’t matter how many utensils she had, we had to know how to use them.”

Charles McLester (1889-1966) was the pastor of Morehead Baptist Church. He was so active in the church that he took his wife, Johnnie B. McLester, to a Baptist Convention on their honeymoon in 1946. “You can call it dedicated to your work or you can call him a man with a lot of imagination,” Rigel said.

“Due to the fact that people were slaves and their parents were slaves, they knew how important it was for people to get ahead,” Rigel explained. “They always asked about your grades, and they wouldn’t take your word for it, you’d have to show your report card, too.”

The 214 people introduced on this tour represent the first generation of African Americans who were able to build their own wealth in Durham. They created successful businesses, fought for representation in various professions, built schools, and worked towards ensuring the lives of the next Black generation were better than the last. Rigel and Evans’ work preserves their memories. 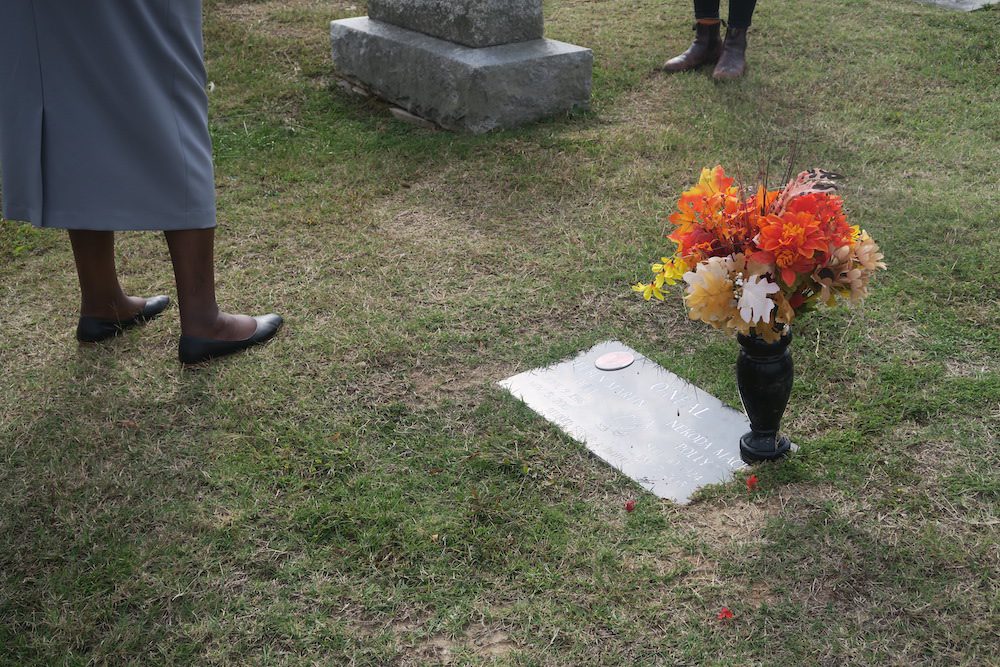 This is only the beginning of Preservation Durham’s tours at Beechwood Cemetery.

“I believe that preserving is an active word,” Laws says. “We are going to be very active here in Beechwood. It’s just a pilot episode of a series that will be returning in the spring. It is our goal over the next decade to do this all over Beechwood.”

At the end of the tour, before people scattered, Rigel thanked everyone for coming. In a time of incredible growth and change in Durham, at Beechwood Cemetery we are reminded of some of the people who laid the groundwork for what the city is today. “I hope you learned a bit more about why African Americans are the way they are,” Rigel said. “At least the way some of us are.”

Published in A Moment in Durham and Life in Durham