Home » On the ballot: More than $400 million for new schools and renovations 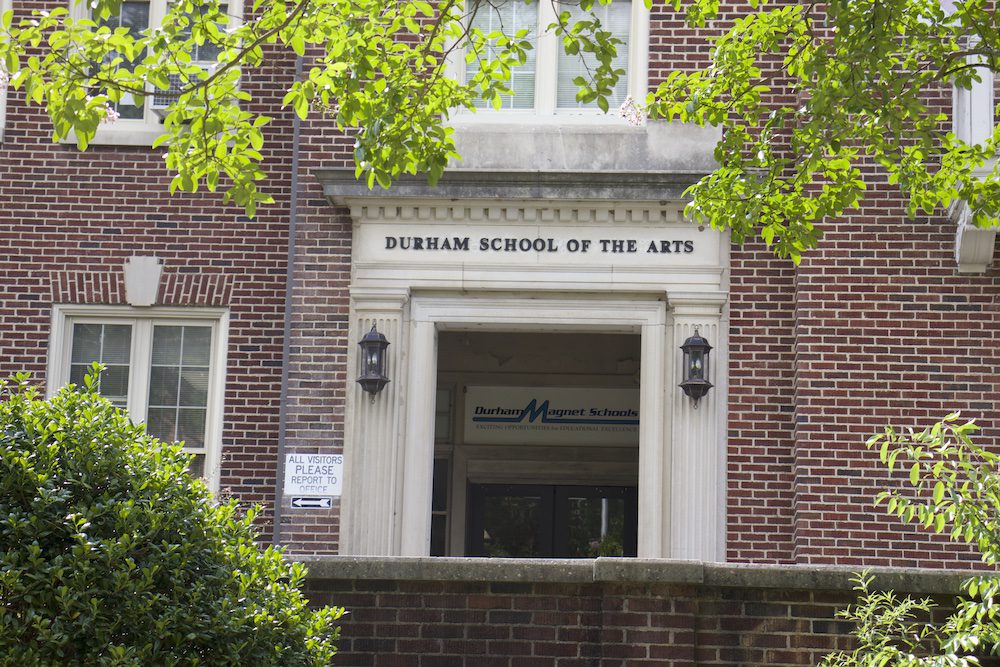 On the ballot: More than $400 million for new schools and renovations

As early voting in the November election gets underway and state and national races capture ad time and headlines, Durham voters are also weighing $423.5 million in bonds for Durham Public Schools.

“It’s been a while since Durham has had some comprehensive upgrades to our schools,” said  Bettina Umstead, who chairs the DPS board of education. “And so I think this bond opportunity really is exciting for us to think about how do we continue to provide the physical space that our students deserve and our educators deserve.”

Umstead stressed that the current price tags are projections and could be impacted by changes in costs of construction.

But what are the specifics of these plans? Here is a guide to which schools would benefit from the funding, and what the impact would be for taxpayers.

Durham School of the Arts is moving to a new campus on Duke Homestead Road, a site previously owned by Duke University that the district purchased for $4.1 million in 2010. Construction is scheduled to finish in June of 2025, and DSA will subsequently increase capacity from 1,750 to 2,000 students.

“We listened to students and faculty and families at Durham School of the Arts, what they would dream for their school….” Umstead said. “A new facility would actually give them the space to do and create what they needed for their school.”

According to Umstead, the new DSA will include more theaters and classroom spaces. DSA’s current location contributes to traffic jams in downtown Durham, she said. Umstead said the new North Durham location will alleviate some of these concerns.

Another Durham school that is not included in this year’s bond referendum will also soon get a new facility. Construction funds for the new Northern High on N. Roxboro Road were approved in 2019, and the new building is set to open in 2023.

Umstead said the district is doing research and assessment for a new location for another Durham high school, C.E. Jordan High, currently located on Garrett Road. Jordan High is not included in the current bond referendum.

Currently, 13 Durham elementary schools are either overcrowded or under-enrolled, according to the DPS website.

If they pass, the bonds will likely necessitate a 2.5-cent increase in the property tax rate, said Deborah Craig-Ray, the county’s general manager for strategic management, public affairs, innovation and special projects. This would raise property taxes by $25 for a $100,000 home and by $50 for a $200,000 home.

Above: The Durham School of the Arts campus in downtown Durham. The November bond referendum includes $120 million for construction of a new DSA campus in northern Durham. Photo by Milena Ozernova — The 9th Street Journal