Home » Rep. David Price reflects on 3 decades in U.S. House ahead of retirement 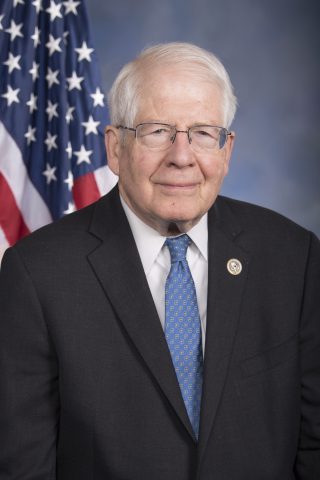 Rep. David Price reflects on 3 decades in U.S. House ahead of retirement

For Rep. David Price, there will never be a perfect moment to retire.

“I don’t think it’s ever a safe time to step down,” he told The 9th Street Journal. “If you’re looking for closure, this isn’t the job for you.”

Imperfect as it may be, Price’s time to bow out of politics has come. He announced on Oct. 19 that he will not run for re-election after a 24-year career serving North Carolina’s 4th District. As his career comes to a close, Price reflected on his accomplishments and offered his thoughts on the future of America’s political institutions.

He had expected to retire earlier, but the 2016 presidential election halted his plans, he said. After spending a decade and a half helping other countries bolster democratic institutions through the House Democracy Partnership he founded, his own country’s democratic norms faced a new threat: Donald Trump. He couldn’t leave, he decided, and instead spent much of the next four years working with other Democrats to restrain Trump.

Price also postponed his retirement because he anticipated Democrats winning back the House in 2018. With his party in control, he became the House’s Transportation and Housing Appropriations Subcomitte’s chair and discovered a “long list of things” he could do as a leader.

“It has been very satisfying to serve in leadership roles and end up getting a lot of things done,” he said.

Price has a simple recipe for success: He gets things done without fanfare. He first ran for office after watching Democrats get crushed in the 1984 election. He was serving as the state’s Democratic Party Chairman at the time, and when his party lost three congressional seats and a Senate race, he wondered — if the candidate’s he worked for were losing, could he win?

It turned out he could. He was first elected as a representative in 1987.

Of the hundreds of pieces of legislation that have passed through Capitol Hill while he’s been in office, Price said he is proud that he helped enable students to deduct loans from taxes through the Education Affordability Act. He also highlighted how he expanded federal teacher training programs with the Teaching Fellows Act and required political candidates to say, “I approve of this message,” in ads with the Stand By Your Ad Act.

Price strived for political change through institutional efforts such as campaign budget reform and improved the budget process as a leading member of the Appropriations Committee. On an individual level, he tried to lead through cooperation.

“You choose the way you conduct yourself everyday,” he said. “In your leadership positions, you can either put fuel on the fire or you set another kind of pattern where you can, cooperating where it’s possible to do so. I’ve tried to do the latter.”

Cooperation, however, has not always been feasible, Price added. While he has facilitated bipartisanship through efforts such as the House Democracy Partnership, he has also tried to recognize its limits and not “fetishize” it. Most recently, he refused to compromise with undemocratic components of the Trump-wing of the Republican party.

“There are times when you need to stand your ground and fight either individually, or as a party,” he said. “You cooperate where you can, you fight where you must. And there’s a real political art in deciding which is which.”

“We’re in a new territory here with respect to the future of democracy and the ability to make a peaceful transition of power, and to recognize a legitimate election,” Price said. “Who ever thought we’d be worried about that in the USA?”

In the eyes of his colleagues

Asher Hildebrand, Price’s former chief of staff, believes Price is “somebody who probably doesn’t get as much respect as due.”

That’s partly because he worked as a budget appropriator, a gig that receives little public attention, said Hildebrand, who now works as a professor at Duke University’s Sanford School of Public Policy. But that was the least of Price’s concerns, he added. His goal was to legislate effectively. He wanted his staff to push him into unfamiliar policy territories. Price “valued policy entrepreneurship,” Hildebrand said, so he encouraged even his youngest interns to provide substantive input on pressing decisions.

“His ability to maintain that sense of possibility, hope, and optimism for the future, despite the world burning around us, stands out as remarkable,” Hildebrand said.

“There’s really nobody else in Congress today who understands how Congress as an institution functions and understands the vitality of the legislature as a key part of our democracy,” he said.

Even now, Price’s experience and expertise carry weight. Folks across the political spectrum should listen to him when he shares concerns, Hildebrand said.

State Sen. Wiley Nickel, who is running for Price’s seat, said Price is known as the “policy guy.”

The representative excels in the art of cooperation, Nickel said. “He is someone who avoided partisan political games” and has always “focused on making relationships with his colleagues rather than jumping in front of an issue and grandstanding,” Nickel added.

In his bid for the seat, Nickel hopes to continue Price’s legacy of policy-oriented public service focused on what he calls “dinner table issues” that matter most to the district’s families. Some of the core policies he plans to run on are universal health care, universal pre-K, and climate change.

Price said he has not yet planned what he will do post-retirement: These last 14 months in office have his full attention. He still has to fight for Biden’s reconciliation bill, and his committee already wrote a budget appropriations bill that is awaiting senate approval. He will also continue to work on local policy projects such as housing and transportation.

Political uncertainties will loom over his activity up until his final days, but Price knows he will have to move on.

“This political juncture is more of an unknown quantity, but at some point, one has to pass the baton, despite whatever is ongoing,” Price said.

Ahead of the impending handoff, Price hesitates to determine own legacy. That is something he would prefer to leave to others, he said. Still, he has some thoughts about how he wants to be remembered.

“I hope I’m thought of as an institutionalist who has contributed to this institution,” he said. “There’s a mixed report card, I would say, about how this institution is faring. And I’ve tried to be part of the solution. But if there’s anything that’s a work in progress, it’s that: democracy.”