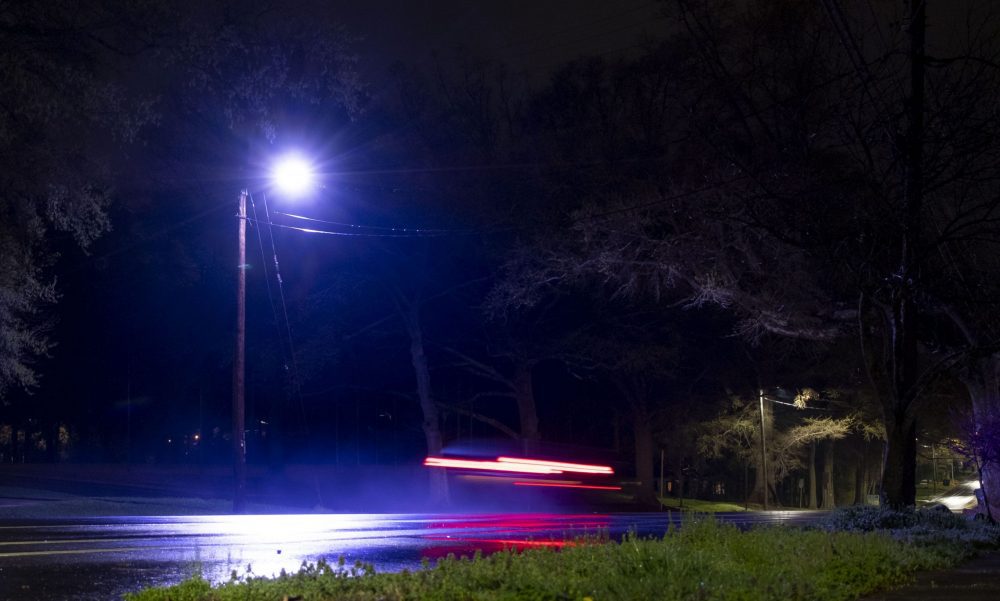 That purple haze from a few streetlights? Just bad bulbs

When some streetlights around North Carolina began mysteriously turning purple this month, residents turned to Reddit for answers. They wondered whether the colored lights were a tribute to Prince, a nod to women’s history month, or the sign of an alien invasion.

As it turned out, the purple tint was nothing more than some bad light bulbs.

The streetlights, which are maintained by the power company Duke Energy, changed color due to a manufacturing error with the LED bulbs. It caused their white coating to fade with time, revealing a base purple color underneath.

“Other utilities across the nation using the same stock of lights are experiencing similar issues,” said Duke Energy spokesperson Jeff Brooks. “We are working with the vendor to better understand the issue, and they are taking steps to ensure it does not happen again.”

Consider yourself lucky if you’ve seen one. Of more than 360,000 LED streetlights in the Carolinas maintained by Duke Energy, only 1.4% of them contain faulty bulbs.

When Shawn Rocco, a multimedia producer at Duke Health, found a cluster of the purple lights near Sherwood Githens Middle School, his first thought was that purple may have been one of the school’s colors.

Rocco was inspired to document the lights in a video set to Jimmy Hendrix’s “Purple Haze”. It wasn’t until he posted the video on Reddit and users commented that he came to understand the real reason behind the mysterious tint. It wasn’t what he expected.

“I’m not an electrical engineer … but I would think they would have tested these before they shipped them,” he said.

Why are the streetlights purple near Githens Middle School? from bullcity

According to Duke Energy, the defect is limited to one batch of lights that was manufactured in 2018. The bulbs are only now proving to be defective as the white laminate begins to wear off.

Though Rocco speculated that some drivers could be distracted by the purple hue, Duke Energy maintains that with the lights still working, there is no safety concern. Regardless, field crews aim to replace all of the defective bulbs. The problem is, the company doesn’t necessarily know the location of each affected streetlight.

“We’re working to replace them as soon as we identify their location. So we do appreciate the public reporting these lights when they see them, even as we are looking for them ourselves,” Brooks said.

Residents can inform Duke Energy of the purple haze – or any defective streetlight – by filling out an online streetlight repair report or by calling the customer service center at 1-800-777-9898.

Some may be hesitant to take action.

Several Redditors seem to prefer the purple hue. As one poetically put it: “the color … blends in better with the hues of the night sky.”

Photo above: The streetlight on Broad Street near West Knox Street has turned purple. Duke Energy says a small percentage of streetlights have bad bulbs that make them take on the purple haze. Photo by Sho Hatakeyama | The 9th Street Journal.