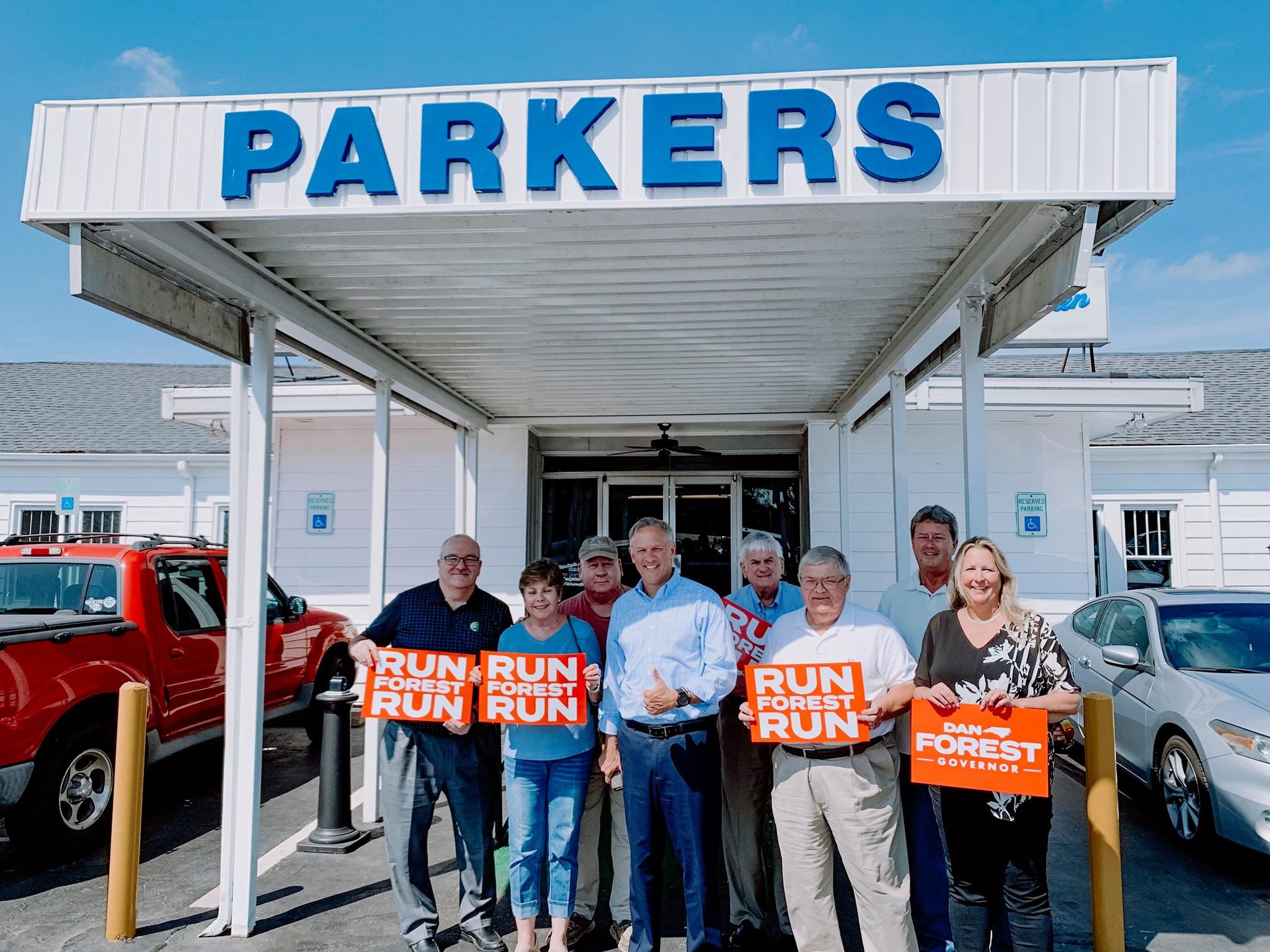 Last month, Gov. Roy Cooper tweeted an attack ad dramatically depicting a quote from his opponent, Lt. Gov. Dan Forest: “I would lift the mask mandate for the state.” Forest would set North Carolina back in the fight against the coronavirus pandemic, Cooper wrote in his caption.

In a governor’s race dominated by the pandemic, face masks are a divisive symbol. Cooper has criticized Forest for ignoring the guidance of experts on masks, but Forest is not shy about his opinions.

On the campaign trail, the Republican challenger has said that masks are not effective and shouldn’t be required in the classroom.

His comments often focus on individual freedom and an alleged lack of a scientific consensus. And some of his remarks suggest he may not believe in scientific conclusions at all.

Cooper, the Centers for Disease Control and Prevention and Mandy Cohen, the state secretary of the Department of Health and Human Services, would all say the responsible decision is the same for everyone: wear a mask. But Forest said he believes masks are only important for some.

“I would lift the mask mandate for the state and allow individual freedom to decide whether [North Carolinians] wear a mask.” Forest said in a Sept. 16 press conference. “There are people that have pre-existing conditions … and they need to protect themselves.”

Health experts say that masks are not as much for the wearer’s protection as they are for others. “COVID-19 can be spread by people who do not have symptoms and do not know that they are infected,” the CDC states on its website. “That’s why it’s important for everyone to wear masks in public settings,” the website reads.

Forest also said he doesn’t think masks are necessary in schools, but added that they should be worn “ if that is what the parent determines is best for their student.”

During a virtual forum on education, Cooper criticized Forest’s comments. “It was stunning to hear my opponent, the lieutenant governor, say last week that as governor he would fill up every classroom immediately with no safety guidelines and no mask requirement,” Cooper said. “Not only is that wrong, it’s dangerous.”

Despite the statewide mandate, many of Forest’s supporters have accepted his invitation to make their own decisions. Pictures and videos from Forest’s in-person campaign events rarely show masks.

During an Aug. 4 campaign stop in Lexington, WXII News asked him about the lack of face masks in the crowd.

“When we have events we have masks at the door, anybody that wants one can put one on,” Forest said. “A lot of people don’t show up with masks.”

Masks and social distancing also work against his method of campaigning, Forest said. “We shake as many hands as we can and we meet as many people as possible. It’s just the way we’ve always run a campaign,” he said. “If I’m talking to the crowd, I don’t wear a mask. Can’t talk with a mask on.”

As Forest encourages all North Carolinians to make their own choice about face masks, he laments a perceived lack of conclusive scientific data that might aid them in their decision. The public is confused, Forest said. There are too many mixed messages about the efficacy of masks.

In the early weeks of the pandemic, this was true. Anthony Fauci and the CDC said that masks were not necessary for healthy individuals back in March.

But public guidance has since shifted. The CDC and other public health experts are now clear in recommending face masks for everyone in public spaces.

“I think there’s just a lot of confusion out there with people,” Forest said. “That’s why you see some people wearing them and some people not.”

In a comment PolitiFact rated false, Forest said that masks are not effective with viruses and have never been used with a coronavirus.

“There have been multiple comprehensive studies at the deepest level, held to scientific standards, under controlled circumstances in controlled environments, that have all said for decades masks do not work with viruses,” he said in a July 4 interview.

Forest has cast doubt on the science of closing schools, too. “There is no solid science or data anywhere that suggests that our kids should not be in the classroom right now,” he said. Across the country, outbreaks have appeared in schools that prematurely resumed in-person instruction.

But if there’s science that suggests schools and businesses can reopen safely, Forest is quick to rely on it. “The fear and panic campaign continues to go on in North Carolina and that’s unfortunate,” he said in an interview with conservative YouTuber John Woodard, “because there’s plenty of data out there that would suggest that we as a state can live with this virus and can get peoples’ livelihoods back.”

Forest’s stance on face masks may be rooted in his opinion on science itself. Science isn’t about reaching a consensus, he said, it’s about skepticism.

“Science is not a one size fits all,” Forest said in a recent press conference. “All science is based on skepticism, and you need to have skeptics.”

The “fear and panic campaign” is threatening that foundation, according to Forest. “If anybody is ever skeptical of anything that goes on that doesn’t meet the narrative of the left right now, then they are shut down,” he said.

Forest said that hundreds of doctors have called to say that their thoughts and findings on face masks are being ignored. He said he’s trying to find accurate, reliable information.

“I’m not a scientist nor a doctor, I just try to do my best to filter through it,” he said. “Just like everybody else.”

At top: Forest poses with employees outside Parker’s, a popular restaurant recently criticized for allegedly not enforcing mask use among workers. Via Dan Forest’s Facebook page.