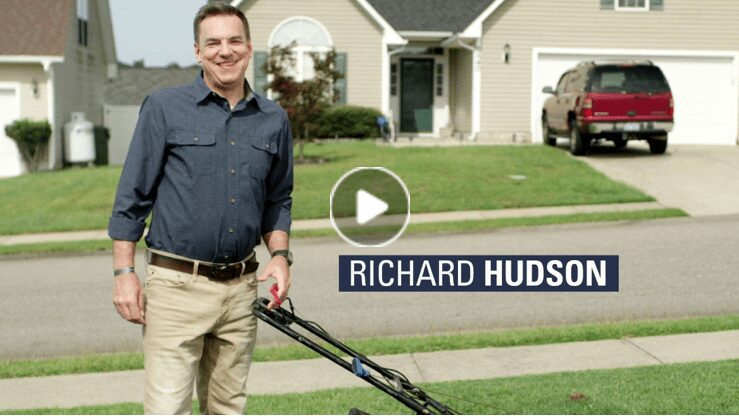 One candidate offers to mow your lawn. The other brings you home to Momma.

As Election Day nears, the two contenders in North Carolina’s 8th Congressional District are rolling out new video ads to set themselves apart.

Ads have always played a key campaign role, but the slowdown in events because of the coronavirus means the targeted messages through videos and social media are even more crucial.

Ads from both Democrat Pat Timmons-Goodson and incumbent Republican Rep. Richard Hudson stress how they’ll serve voters of the 8th District, which stretches from east of Charlotte through Cumberland County. Hudson’s ads focus largely on his congressional accomplishments, while Timmons-Goodson’s are more likely to criticize her opponent’s record and spotlight their differences on the issues.

“We want people to know that they have a choice,” said Timmons-Goodson’s campaign manager Matt Vari. The campaign currently has ads on TV, radio, and Facebook as well as by mail.

In her most recent TV ad, Timmons-Goodson tries to humanize the burden of COVID-19 by paying a socially-distanced and masked visit to her 85-year-old mother Beulah Timmons in Fayetteville. Unlike her first ad, which highlighted her military upbringing and judicial career, Timmons-Goodson this time criticizes Hudson’s response to the virus and his stance on healthcare.

Her tagline: “I’m Pat Timmons-Goodson, and my momma and I approve this message,” she says at the end of the clip with a big laugh.

Hudson’s first TV ad initially looks like a lawn care commercial. A man (who turns out to be Hudson) is seen mowing a pristine yard while two women on a porch discuss Hudson’s congressional accomplishments for military families and veterans.

“That’s our congressman,” one of the women says in admiration near the end of the ad.

“Fort Bragg’s congressman,” says the other, correcting her friend. “He does everything!”

On the same day the ad started, Hudson launched a contest on his Facebook page: Donate $10 to his campaign and you enter a drawing for him to mow your lawn. Or the winner can nominate a military family for his “lawn service.”

Hudson’s campaign manager Robert Andrews said their strategy was to avoid mentioning or criticizing Timmons-Goodson. Rather, the main goal was introducing Hudson to voters who were new to the 8th District since congressional maps were redrawn.

“People always want to see going on the attack, or that sort of thing,” Andrews said in an August interview with The 9th Street Journal. “That’s not the deal right now. We just want to make sure that folks know who Richard Hudson is, especially in those new parts of the district.”

While the candidates’ TV ads may strike similar tones, their Facebook offerings diverge. Of the 10 Facebook ads that were active in the last week, all of them asked viewers to donate money or help his campaign. Seven of them emphasized the critical stakes of the election by capitalizing words like “URGENT” and adding exclamation points.

“My opponent has officially been endorsed by Obama,” reads one Facebook ad that launched in mid-August. “Stand against the liberal mob and sign our petition to keep socialism out & keep North Carolina RED!”

Meanwhile, Timmons-Goodson’s Facebook ads give her bio and strike a contrast with Hudson’s. Some of the ads feature news articles and op-eds about her candidacy. (Four of Timmons-Goodson’s 20 active ads contain an exclamation point.)

The Democratic Congressional Campaign Committee in May added Timmons-Goodson to its selective “Red to Blue” program, which provides fundraising and organizational support to candidates in highly competitive districts. But the Cook Political Report and Sabato’s Crystal Ball still say the race leans Republican.

The National Republican Congressional Committee did not respond to several calls from asking for comment about the race.

Timmons-Goodson outraised Hudson nearly 3-to-1 in the second quarter, according to June filings from the Federal Election Commission. But overall, Hudson has the greater total of $2.3 million raised, compared to Timmons-Goodson’s roughly $1.1 million, according to Open Secrets, a nonpartisan group that tracks campaign spending.