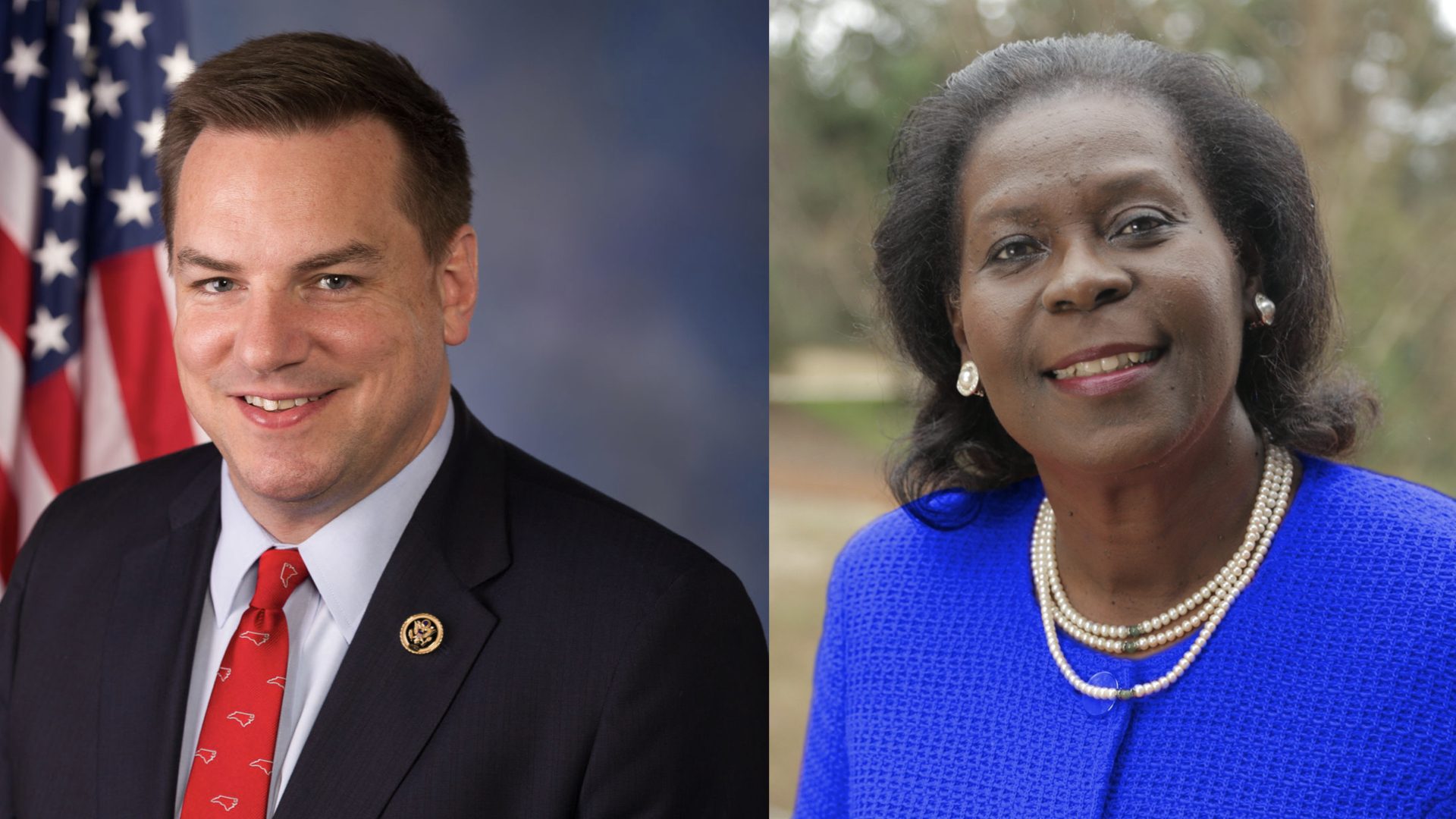 For the first time in years, political experts say North Carolina’s 8th Congressional District is not a safe Republican seat.

Last year, after throwing out gerrymandered district maps that favored Republicans, three North Carolina judges forced the Republican-controlled state legislature to draw more competitive maps. That changed the dynamic in the 2nd and 6th Districts, which Sabato’s Crystal Ball and The Cook Report rate as sure flips for Democrats.

The 8th might be in play, too. Rep. Richard Hudson, the Republican incumbent, may boast more money in the bank, but Democrat Pat Timmons-Goodson outraised him 3-1 in the most recent fundraising quarter ending June 30.

Sabato and Cook moved the 8th into the “lean Republican” column –– rather than the usual  “solid” or “likely Republican.” But they and other analysts are still skeptical that redistricting and a strong challenger will be enough to flip a district held by an eight-year incumbent.

Cumberland County, home to Fayetteville and Fort Bragg, historically votes Democratic, and the new maps move the once-split county entirely inside the 8th District. But the six other counties largely voted Republican in 2016 and 2018.

Timmons-Goodson, the Democratic candidate, calls Cumberland County home. Born in South Carolina, she moved with her family to Fort Bragg when she was in elementary school. Her father served in the Army for 18 years.

Timmons-Goodson’s experience comes from law and the judiciary, not the state legislature or business world. After earning undergraduate and law degrees from the University of North Carolina at Chapel Hill, she served as an assistant district attorney in Cumberland County. From there she rose through various judgeships, eventually becoming the first African-American woman on the North Carolina Supreme Court. President Barack Obama then appointed her to a six-year term on the U.S. Commission of Civil Rights.

“She’s not a woman who’s sitting there looking for the partisan side,” said Timmons-Goodson’s senior advisor Thomas Mills. “She brings a temperament that I think people are looking for right now.”

On the campaign trail, she stresses the importance of supporting veterans and military families, particularly with quality healthcare. The existing Veterans Administration healthcare system fails to meet the needs of veterans, she said in a recent interview with The 9th Street Journal, due to a high number of vacancies throughout the VA.

“The military community means a great deal to me, and my father was a veteran,” she said. “I had the benefit of the health care that’s provided through the Veterans Administration, and so I know how important it is to the veterans in this area.”

Timmons-Goodson faces Hudson, who has represented the district since 2012 when he defeated Democratic incumbent Rep. Larry Kissell. Hudson sits on the House Committee on Energy and Commerce.

Hudson was born in Franklin, Virginia, and grew up in Charlotte. He and his family now live in Concord. A graduate of the University of North Carolina at Charlotte, Hudson first worked as communications director for the North Carolina GOP. For the next 12 years he worked as a staffer for four former GOP House members –– including U.S. Rep. Robin Hayes (R–N.C.). His wife, Renee Hudson, served as chief of staff to President Donald Trump’s counselor Kellyanne Conway.

Andrews said Hudson was not available for an interview in time for publication.

Will the 8th District flip?

Timmons-Goodson won’t discuss how analysts are assessing the race. Instead, she says her priority is to introduce herself to the voters and let them know how hard she will work for them.

“I believe that a majority of them will say that the current representative should look for another job,” she said.

Timmons-Goodson has criticized Hudson for not speaking up for his constituents and for not speaking out against the president. She noted that when Trump called for a boycott of Goodyear tires, Hudson did not stand up for the thousands of workers that Goodyear employs at its Cumberland County factory. Hudson told local media that he was not aware of the president’s tweet until a reporter pointed it out to him.

The Hudson campaign chides Timmons-Goodson for out-of-state financial support flowing to her campaign, Andrews said. Outside of North Carolina her biggest donor bases were New York and California, according to second quarter Federal Elections Commission filings. FEC records show 134 donors from both states gave approximately $116,000 of the $846,000 she raised in the second quarter.

At the end of June, Hudson had raised $2.3 million, compared to roughly $1.1 million for Timmons-Goodson, according to Open Secrets. But she outraised him by about $517,000 during the second quarter. She says she’s aiming even higher for the third quarter and is “feeling really good” about the numbers so far.

But strong fundraising by itself is not enough to win an election, says Michael Bitzer, a political science professor at Catawba College.

Moreover, Bitzer says the redistricting process only made the 8th District slightly more favorable for Democrats by including the entirety of Cumberland County. Hudson still has the advantages of incumbency and a generally friendly district, so Democrats will need high voter turnout, he said.

Bitzer also says that national dynamics, maybe even more than the individual candidates, will likely determine the outcome of the 8th District. There’s a strong relationship between how a district votes at the presidential level and how it votes down the ballot, Bitzer said, and that pattern might be magnified this year.

For all the hype about being the “most competitive” district in North Carolina, the 8th District has a relatively slim chance of flipping, Bitzer concluded.

“If that seat went Democratic, then there’s a tsunami that has bowled over at least North Carolina, if not the rest of the country.”

At top, incumbent Richard Hudson and Pat Timmons-Goodson are vying for the 8th Congressional District. Photos from their campaigns.

Update: This story has been corrected to note that Timmons-Goodson moved to Fort Bragg in elementary school, not when she was 2 years old, and that she was an assistant district attorney, not the DA, in Cumberland County.