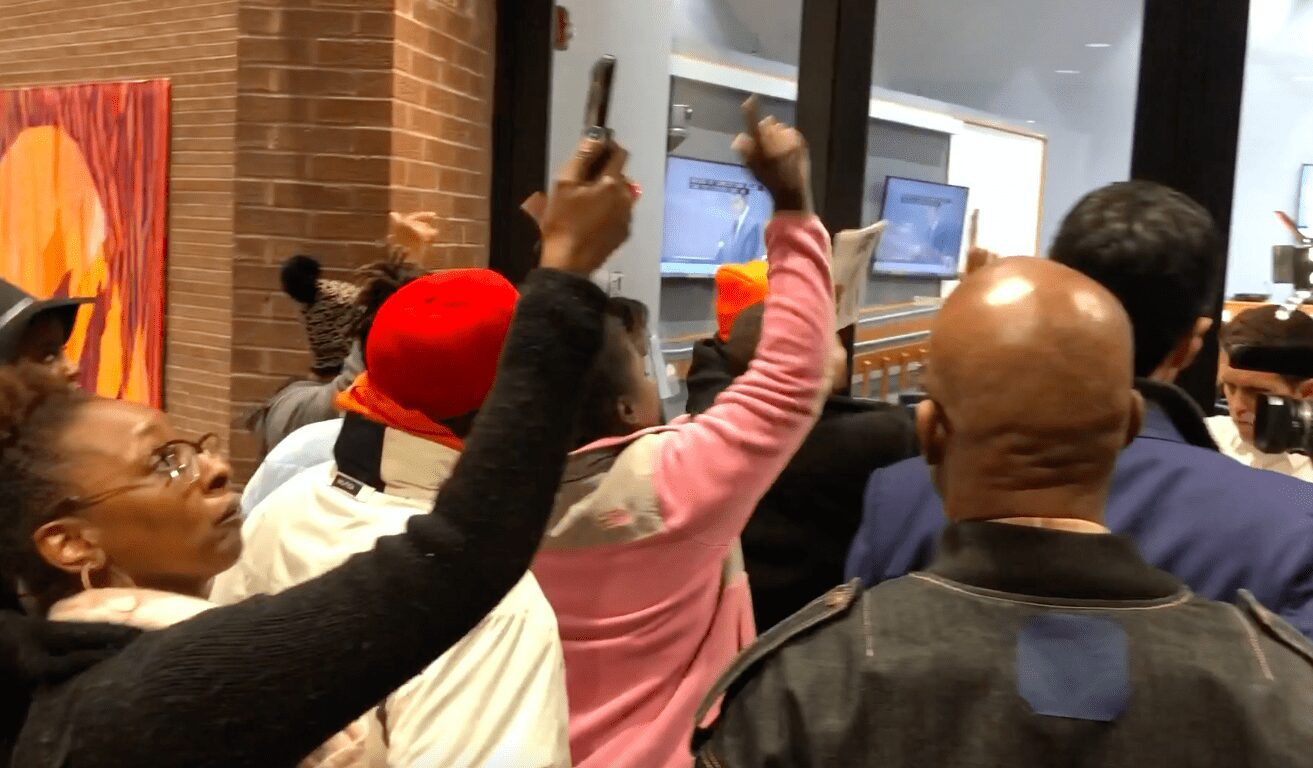 On paper, the agenda for Tuesday night’s City Council meeting seemed to do a lot of good.

Sister Cities of Durham, a non-profit connecting Durham to cities around the world, announced its upcoming trip with two City Council members to its new Sister City, Tilaran, Costa Rica.

But for people evacuated from McDougald Terrace, the unsafe public housing complex, the agenda was lacking. For one, they weren’t on it. And Costa Rica and the 1940s are vastly remote from their plight.

“I know there are several people here who are interested in making comments regarding the situation at McDougald Terrace,” Mayor Steve Schewel said early in the meeting. “That is not on our agenda.”

Schewel said he would talk with any residents who wanted to discuss the status of the housing complex, some of whom spoke to Council members on Jan. 6, after the meeting.

Council Member Mark-Anthony Middleton soon reported his understanding that McDougald residents will not return home as quickly as some had hoped. “It’s going to be at least a couple more weeks,” he said.

Before Schewel could move to the “priority items” on the agenda, residents and supporters erupted, shouting that the mayor should change the agenda.

“Y’all let us eat macaroni and cheese cups every day,” McDougald Terrace Resident Council President Ashley Canady yelled as she stormed toward the exit. “We tired, we fed up, and we are tired.”

After residents left the meeting room in a rage, Schewel requested that the glass doors separating the council chambers from a lobby be closed. The mayor then pushed on with the meeting.

Residents circled Canady in the lobby, while local news cameras recorded. “You think we want to live like this? We don’t want this, we didn’t pick this,” she yelled.

When Canady broke down into loud sobs, a small group of women comforted her. Young boys and girls ran restlessly around the lobby and other residents shouted at council members through the doors.

“I should be able to cook a home cooked meal for my son,” McDougald Terrace resident Shimey Harvey said, choking back tears.

Even if Harvey had access to a stove rather than the microwave in the motel that she and her son have been temporarily relocated to, the food stipend provided by the DHA isn’t enough, she said, and everyday tasks have become so much harder.

For Harvey, that means calling in a favor from her friend who works as an Uber driver to take her son to school. She then uses part of her food stipend to cover the cost of gas of picking him up at the McDougald Terrace bus stop at the end of the day and driving him back to the motel.

“That’s where my little money that they give us goes to. Gas and fast food,” she said.

Canady’s sobs did not last long. Soon she was leading chants in the lobby. “Enough is enough,” residents and their supporters yelled, raising their fists.

“Our babies living in hotels, while you fly your ass to Costa Rica,” one protestor cried.

After a vote to alter outdoor lighting rules about an hour into the meeting, Schewel relented.

“I’m going to reverse my previous decision. I thought that a meeting afterwards would be suitable to have a good discussion with folks but apparently, they don’t think so,” the mayor said before inviting McDougald residents and protestors back.

Each was given two minutes to speak, the standard time for public comments during Council meetings. Some residents used the opportunity to complain about their children’s lack of access to healthy food. Others focused on their children’s inability to be active inside the hotels.

“My kids keep thinking we’re going home, then they hear that we have more weeks to be in a hotel? I’m tired of it, my kids are tired of it,” one mother said, adding she’s fearful her family will get “put out” if their playing disturbs others.

The mental health of children and their parents should be a primary concern, resident Laura Betye said. “We have an emergency situation on our hands,” she told Council members. “We desperately need mental health counseling.”

Some who had visited their McDougald Terrace apartments said they were disappointed with the lack of renovation progress. “I have holes in my walls, mold. How can you say you’re gonna fix something and you’re not even gonna fix the foundation?,” one woman said.

After listening, Schewel spoke. “I can really appreciate that this uncertainty is really difficult to live with. I understand that and I really feel for each of you all who are in that situation, that’s a terrible situation,” he said.

During her time on the podium, Canady made it clear that she is out of patience.

“If I have to disrupt every city function, every county function, I want all the smoke. I want it,” she said. “Because if they disrupt our lives, we about to disrupt theirs.”