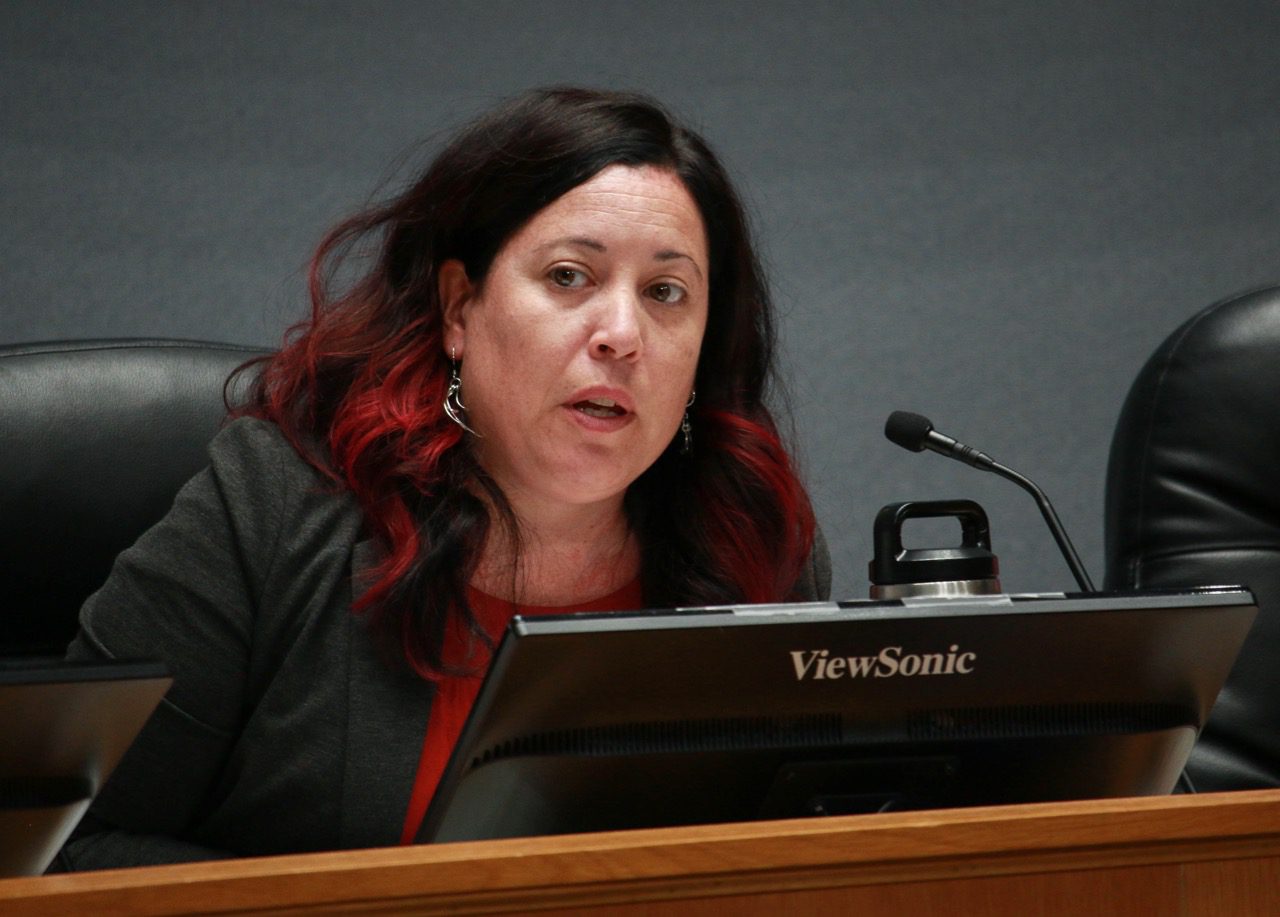 Javiera Caballero can come off as soft spoken the first time that you hear her speak, especially in large panels such as last month’s Inter-Neighborhood Council candidate forum.

But when talking one-on-one, Caballero projects her concerns, her passions, her frustrations and her devotion to Durham with unfettered vigor.

After moving from Chicago to Durham in 2010 with her husband and children, the former Montessori-method teacher started her trek into Durham politics as the PTA president of Club Boulevard Magnet Elementary School.

“The mayor said that he would really appreciate the spot going to a Latinx person in the community, and since I’m Latina, folks encouraged me to apply,” said Caballero, a mother of three whose family moved from Chile to the United States when she was a child.

Durham’s Hispanic community has grown substantially in recent years. From 2000 to 2015, the Latinx population tripled in size, according to the American Community Survey and the Decennial Census, and the community now makes up 13 percent of the city’s population.

Caballero has worked on a number of issues relevant to both Latinx and all Durham residents since joining the council.

“Javiera is a thoughtful consensus builder. She works with her council colleagues and treats all Durham residents with respect. Her efforts to reduce language barriers at city hall have served to promote a new culture of openness in local government,” reads the 2019 People’s Alliance PAC endorsement of her candidacy.

Caballero supported expanded access to applying for U visas, which can grant immigration status to people lacking it who are victims of crimes and can help law enforcement prosecute those crimes. She opposed HB 370, which would have forced sheriffs to honor Immigration and Customs Enforcement (ICE) requests to hold detainees in jail. Gov. Roy Cooper vetoed the legislation.

Caballero has found her name dragged into spats she did not join during this campaign. One was between some Latinx and Black activists in Durham. In August, people from both groups argued over who the influential People’s Alliance should endorse. Eventually the PAC endorsed all three incumbents running for re-election, including Caballero.

Latino activist and filmmaker Rodrigo Dorfman wrote a heated email after the meeting. Dorfman called City Council candidate Joshua Gunn a “black capitalist beholden to the chamber of commerce and the interests of big-time developers” and accused black activists that support him and Jackie Wagstaff of being “homophobic,” anti-Latinx, and “anti-immigrant.”

The incident upset Caballero. “We could hear the yelling and the negativity inside, and it was very sad to me,” she said of the heated People’s Alliance meeting. “This firing squad right now is not useful… it gets us nowhere in the long run…. Eyes on the prize, people.”

Last month, failed council primary candidate Victoria Peterson challenged Caballero’s candidacy at the Durham County Board of Elections, saying Caballero had “publicly stated not one time that she is a citizen of the United States nor has she stated the length of time she has lived in the State of North Carolina.”

Board members unanimously rejected the challenge, noting Peterson presented no evidence. “Javiera has faced these sorts of baseless claims about her citizenship throughout this election, and it’s time for our community to speak with one voice to say that enough is enough. Durham must be a city that works for everyone, and that must include our immigrant neighbors,” fellow incumbent candidate Charlie Reece wrote after the board vote.

Caballero wants voters to tune into facts regarding work she has tackled since she joined the council. That includes efforts to implement a new language access plan. Among other things, the plan ensures that interpreters at public meeting are fluent. “It basically streamlines and operationalizes how people see language in the community, so some of the requirements would be bilingual signage on the roads and buildings, and providing interpretation services at public meetings,” she said.

Caballero has also joined the push to preserve affordable housing in Durham. From 2001 to 2017, $1.7 billion was invested in downtown Durham. Though this economic development has been beneficial to many businesses in Durham, it has also boosted housing prices in and near downtown Durham.

A vocal supporter of the proposed $95 million housing bond Caballero said the money is key to expanding affordable housing here. “From the moment in February when the mayor came in and said that he was going to work on this housing bond,” Caballero said. “I was like ‘Yeah let’s do it.’ I’ve never wavered since.”

During the Inter-Neighborhood Council’s candidates forum on Oct. 17, Caballero noted that the bond fits into the council’s  Five-Year Housing Strategy. Durham also should focus more on sustainability to respond to the rise of climate change, Caballero said. That would involve bringing new questions to many different council decisions, she said.

Caballero offered specific examples of such questions in her candidate questionnaire for the INDY. “As we develop affordable housing units, did we incorporate green building design practices? As we think about economic development, are we creating a business environment that is amenable to green energy jobs? Are we working with our local education partners in developing training for jobs in solar and wind tech?” she wrote.

Caballero is campaigning on the joint Bull City Together platform with fellow council incumbents Jillian Johnson and Reece. The five-year housing strategy and the housing bond are significant pieces of this platform.

In broadest terms, Caballero describes herself as someone looking for systematic solutions in Durham, rather than just temporary fixes.

“I’m not looking for just Band-Aids for issues that are just going to come back up in a year or two. That takes a lot of patience, which I know is frustrating for some people,” she said.

With only one and a half years in office, Caballero said she wants to keep going. “I’m hoping that I win, partly so that I can have four years to change things and work in the way that I’ve really wanted to,” she said.