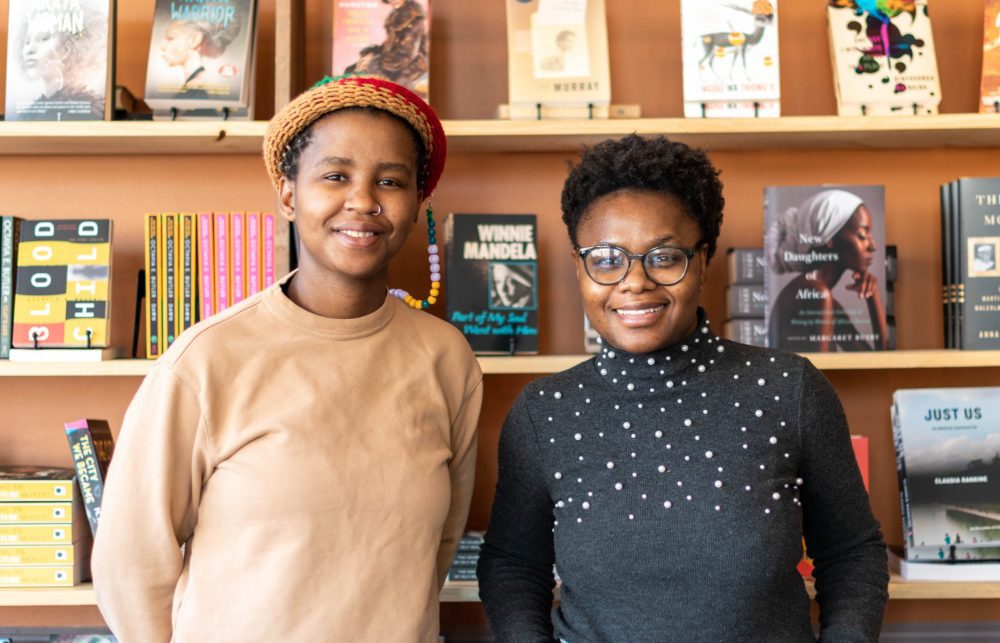 Durham has long been a beacon of Black entrepreneurship. The nation’s second-oldest African American bank, Mechanics and Farmers Bank, and North Carolina Mutual Life Insurance, once America’s largest Black-owned and -operated life insurance company, were both located on West Parrish Street, helping the street earn the byname “Black Wall Street.” In the early 20th century, Booker T. Washington praised Durham for its Black enterprise, while W. E. B. DuBois hailed “The Upbuilding of Black Durham.” Black-owned businesses struggled in the late 20th century due to factors including integration and urban renewal, which razed much of the Hayti community. In recent years, however, Black entrepreneurship has been on the rise in the Bull City. With this history in mind, we spoke to founders of three Durham Black-owned businesses about their journeys.

When Beverley Makhubele and Naledi Yaziyo opened Rofhiwa Book Café in May 2021, they filled a perceived gap in the East Durham community.

“What I think had been lacking was places to exchange ideas that are focused upon particularly Black literary traditions,” said Yaziyo, Rofhiwa’s curator and a Ph.D. candidate in cultural anthropology at Duke.

Rofhiwa means “we have been given/blessed” in Tshivenda, a language spoken by the Venda people of South Africa. With an expansive selection of books by Black authors, foreign and domestically published, as well as hot and cold drinks and a welcoming seating area for customers to read and work, Rofhiwa has built an environment for customers to relax, read and discuss Black literature.

The two South African entrepreneurs carry “a very global selection” but face constraints due to limited printing runs of books printed outside the United States. As a result, the store may hold just one copy of a given book at a time.

“Sometimes it means we traveled to South Africa and packed books in a suitcase to bring back to the store,” Yaziyo said. “We have to make do with what we have.”

Makhubele and Yaziyo launched Rofhiwa using crowdfunding, raising over $40,000 on Kickstarter with an average donation of around $15.

“Like most young Black entrepreneurs, we were not in a position to approach a bank for a loan,” Makhubele said. “We don’t come from independently wealthy families. Crowdfunding was an obvious option.”

“It was important for us to make a thing in a place that was and felt like home,” said Makhubele, a Durham resident of six years. “East Durham is home.”

Makhubele is also excited and inspired by Durham’s Black businesses.

“I think the most fascinating thing to me about this moment for Black business in Durham is seeing young entrepreneurs being bold enough to start businesses that are not necessarily traditional, or that are not necessarily addressing an emergent need but are more leisure-focused, that are more interested in putting together different things,” Makhubele said. “I find it very exciting to watch young entrepreneurs introduce these very interesting and creative concepts to the Durham market.”

The co-founders are eager to achieve more as they emerge from the COVID-19 pandemic.

“Naledi and I are very interested in the different ways that we can use our space, not just for literature, but how the space can become a more dynamic one for the arts, for music, for live performance, for all kinds of things,” Makhubele said. Makhubele hopes to continue “building it up with good bones, enough that someone might look at it and say, ‘something’s happening in East Durham, and that’s worth my time.’”

Seeking to uphold and add to this legacy, Carl Webb co-founded Provident1898 in 2019 with co-founder Peter Cvelich. Provident, a Black-centric shared workspace for innovators and entrepreneurs, occupies a 15,000 square-foot facility on the concourse level of the historic Mutual Tower. Provident1898’s name pays homage to NC Mutual, which was founded in 1898 and was originally called NC Mutual and Provident Association.

“Let’s look at what [NC Mutual] did 120, almost 125 years ago, and how we can use that as a way to be inspired for what the next generation can do,” Webb said. “We wanted to provide some progressive and positive ways of building the community, similar to the founders of NC Mutual.”

Provident offers offices, desks, meeting rooms and a lounge to both small businesses and solopreneurs. Provident’s partners include non-profits like the Durham Public Schools Foundation and profit making businesses like Hayti, a Black news media app.

Webb has spent almost 40 years as an entrepreneur in marketing communications and urban development. Cvelich has also spent much of his career in urban planning.

The endeavor has special resonance for Webb, a Durham native.

“Being in a community where I’ve had the benefit of seeing Black entrepreneurs and business people accomplish significant things, I never quite felt like it was a stretch to want to start a business,” Webb said. “I saw the people starting businesses, so those role models and examples were really, really helpful for me very, very, very early on.”

Webb is optimistic about the young business.

“We are committed to doing the work, and the hope is that the market will find what we’re offering to be something that’s worthy of support,” he said. “I’m encouraged that the indication so far says yes, but it’s not going to be easy.”

Webb is hopeful for the future of Black business in Durham more broadly, too. Webb sees progress with the North Carolina IDEA Fund, the Greater Durham Black Chamber of Commerce and other similar organizations. Still, he says, obstacles remain.

“The real question is, what will the stakeholders and leaders, both public and private, do about closing the opportunity gap?” Webb said. “We need to continue to focus on shared economic prosperity, and we, as a community, can’t sustain by having such a huge gap between the haves and have-nots.”

In 2015, Toriano Fredericks was working on an offshore oil drillship, serving long stints at sea. That year, he and his wife, Serena Fredericks, launched their Boricua Soul food truck, which serves Latino-Soul fusion cuisine, and operated it during Toriano Fredericks’ four-week breaks between trips.

“For a couple of years, we ran the truck and tested our concept while still having a day job, essentially,” Toriano said.

In November 2019, the Fredericks opened a storefront in the center of the American Tobacco Campus in downtown Durham. Named for the Indigenous people of Puerto Rico, Boricua pairs the Fredericks’ Puerto Rican and Georgian grandmothers’ love of cooking with dishes like barbecue empanadas or chicharrones de pollo, a Puerto Rican-style fried chicken dish.

Less than five months after they opened their storefront, the COVID-19 pandemic forced the couple to temporarily shut down the business. Despite its welcoming indoor space, Boricua has not offered indoor dining since before the pandemic.

“We opened the restaurant going into a slow period going into the winter and then COVID hits, so we really didn’t ever have a chance to get a feel of the landscape,” Toriano Fredericks said.

“I think the fact that we don’t have restaurant experience has helped in a way because we just aren’t sure how anything should be done,” he said. “So we’re just constantly trying things out and being open-minded to them.”

Support from the Durham community has been the only constant for the Fredericks since opening in 2019, they said. That support instills optimism about the future of their business – cautious optimism, that is. While Durham’s recent growth has brought more customers, rent rates have increased. Meanwhile, COVID-19 led to labor shortages.

“I’d like to be able to execute what we said we were going to do with the menu when we opened up,” Serena Fredericks said. “We haven’t been able to really add things to our menu just because of labor difficulties.”

Emerging from the pandemic, the Fredericks hope to make Boricua Soul a community staple. Said Toriano Fredericks, “That ability to gather and have people come together is something we’re definitely looking forward to doing again, or doing at all.”