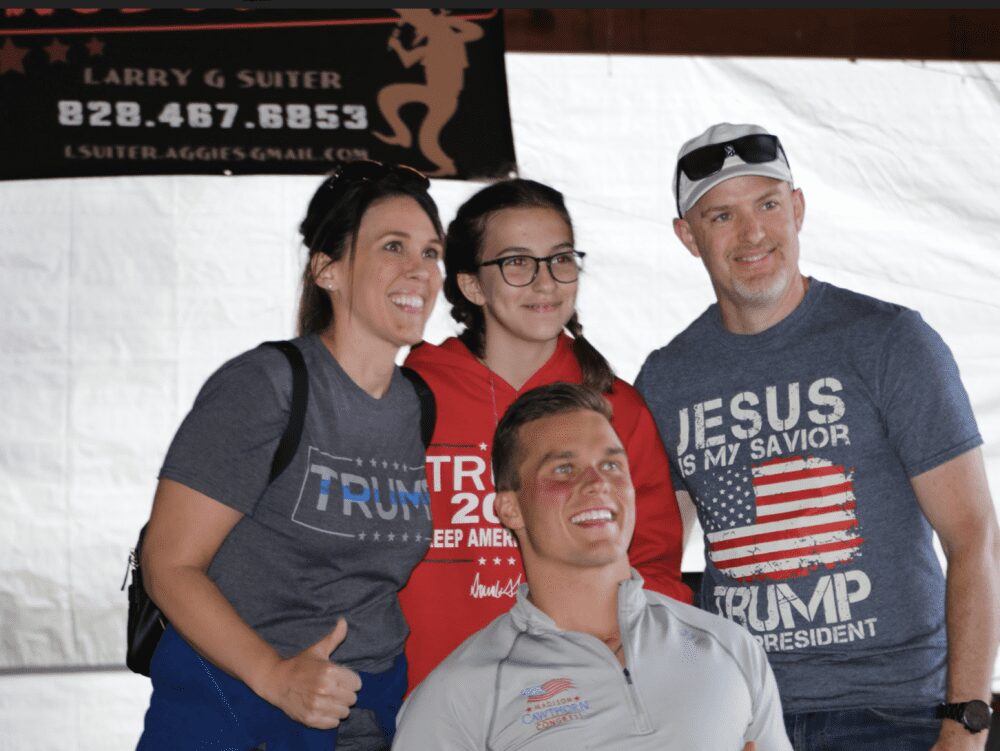 Cawthorn, who became the youngest member of Congress in modern history, won because the 11th Congressional District was, despite some new Asheville Democrats added to the redrawn map, still overwhelmingly filled with white, rural Republicans.

“I can’t imagine a campaign littered with as many mistakes and accusations as Cawthorn’s,” said Chris Cooper, professor of political science and public affairs at Western Carolina University. “The fact that he was able to pull out not just a victory, but a sizable victory, tells me that the demographics were destiny, and that the partisan patterns of this district ultimately were what carried the day.”

Davis’s campaign strategy was to rely on the newly included county of Buncombe, home of Asheville and many Democrats, and attract unaffiliated voters elsewhere in Western North Carolina. He succeeded in Buncombe but came up far short in the other counties.

The hippies smoking weed in Pritchard Park in the middle of Asheville are not a good representation of the district. If you took a drive around the other counties, you saw a lot of “Keep America Great” flags waving from pickup trucks.

“The 11th Congressional District is a lot more than Buncombe County,” said Cooper.

For Davis to win, voters would have had to defy partisanship. And in a polarized age and a highly partisan election, that turned out to be an unrealistic hope for Davis.

In August, a 2017 Instagram post resurfaced of Cawthorn smiling for a picture at Adolf Hitler’s vacation home, a trip on Cawthorn’s “bucket list.” In the caption he referred to Hitler as the “Fuhrer,” a German term of reverence.

In October, an open letter signed by over 150 of Cawthorn’s former classmates at Patrick Henry College went viral for alleging that he engaged in “predatory behavior,” vandalism, and lying.

Most recently, his campaign published a racist statement attacking Pulitzer Prize winning journalist, Tom Fiedler, of leaving his job in academica “to work for non-white males, like Cory Booker, who aims to ruin white males running for office.”

But after all that, the controversies probably only cost Cawthorn 1 percentage point at most, Cooper said.

Davis had his own difficulties. His attempt to portray himself as the experienced, mature candidate was tarnished when vulgar tweets he’d written resurfaced. In his role as political commentator, Davis employed graphic and violent language, urging Democrats to stomp on the “scrawny pasty necks” of some Republicans and “twist slowly side to side for good measure.”

Cooper said Davis “certainly wasn’t accused of sexual harassment or being a Nazi. But he was accused of contributing to polarized and increasingly divisive politics.”

The bigger factors were simply the math of the district and the scarcity of split-ticket voting.

Above, Cawthorn posed with supporters at a campaign event. Photo by Bella Caracta | The 9th Street Journal