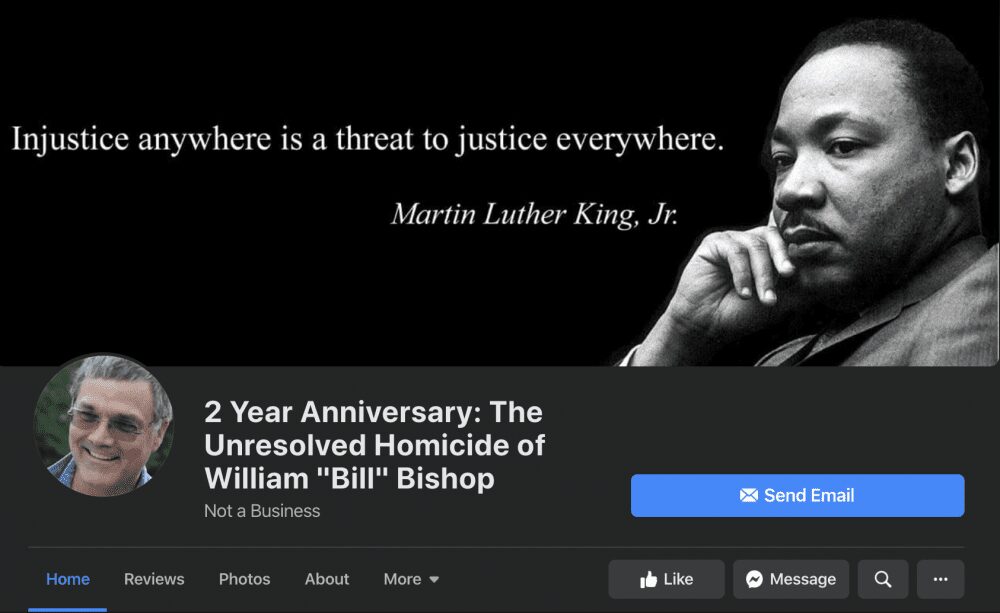 Two months after prosecutors dropped charges in the death of Durham real estate developer Bill Bishop, his former girlfriend is asking authorities to give the case another look.

Julie Seel says the Durham District Attorney’s Office was wrong to drop murder charges against Bill’s teenage son Alexander and has written a letter to a host of government officials, including Gov. Roy Cooper and Attorney General Josh Stein, calling for a new homicide investigation.

Alexander told first responders on April 18, 2018 that he found his father unconscious in an armchair, his dog’s leash wrapped around his neck, with the dog still attached. Bill died a few days later.

Almost a year later, in February 2019, Alexander was charged with killing his father. By October 2019, the judge tossed much of the evidence against him due to sloppy police work, but the case was seemingly proceeding as normal as recently as February, when prosecutors suddenly dropped the charges, citing insufficient evidence.

Seel called for the dismissed evidence to be returned, saying it was “arguably wrongfully dismissed,” and said it should be taken to a grand jury outside of Durham.

“The City of Durham deserves better than the many horrible injustices of their justice system, which is well known and ignored by many of the elected officials and people who have sworn to serve and protect, and yet do nothing,” Seel’s letter reads. “Do something, Attorney General Josh Stein, namely your job.”

The Facebook page has a photo of  Martin Luther King Jr. with the quotation, “Injustice anywhere is a threat to justice everywhere”) as well as links to news coverage of the case.

The Durham DA’s Office had appealed the tossing of evidence before it dropped the charges.

In the letter, Seel also called for an investigation into why prosecutors dropped the charges.

In December, Alexander’s attorney, Allyn Sharp, asked the judge to hold Durham County District Attorney Satana Deberry, Huelsman and Assistant District Attorney Beth Hopkins Thomas in contempt for failing to turn over evidence. Sharp also asked for the case against Alexander to be dropped. The charges left all of them facing the prospect of up to six months in jail.

In a Feb. 3 letter, Sharp noted no hearing on the motion was on the calendar, so Sharp accused Deberry of dawdling in scheduling a hearing in which she would need to defend herself.  Three days later, prosecutors dropped the charges.

Could prosecutors have dropped the charges to avoid the hearing?

“The timing certainly raises questions,” Daniel Meier, a criminal defense attorney who ran against Deberry in 2018, told the 9th Street Journal in February.