Home » Video surveillance: The hidden eye of the justice system 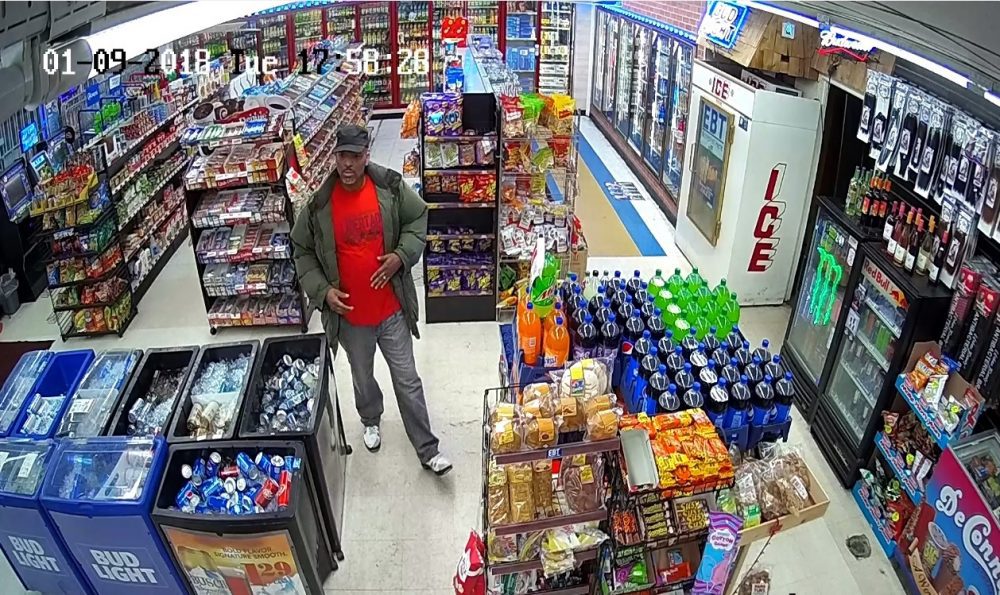 Video surveillance: The hidden eye of the justice system

Video cameras captured two scenes from the convenience store on Alston Avenue in East Durham on the night of Jan. 9, 2018.

In one, a little boy walks inside, his eyes on the prize. He flashes a mischievous smile, eager to get his hands on a Hostess “Donette” packet stacked neatly a few steps away.

In the other scene, from outside the store, Noe Ruiz and Jerone Powell get into a fight. Powell exits with a stab wound, leaving Ruiz with a court date.

The two scenes captured by the store’s video system show how cameras have become unblinking spectators. They can capture, with incredible levels of detail, the banal routine of a convenience store just as they can reveal the crimes that occasionally occur there.

Daniel Meier, a prominent defense lawyer in Durham who represented Ruiz, says the convenience store footage is a reminder that video cameras are everywhere. Businesses, stores, and even renters and homeowner are recording everything.

“Cameras are dirt cheap now. It takes almost nothing to do it. People, acting out of a sense of paranoia, feel secure when a camera is watching.”

The implications of such surveillance are fuzzy, Meier said. Our private lives have been transformed into something more public.

But much of the footage is the seemingly dull routine of everyday life.

In the convenience store, the kid sees the rack with the doughnuts. Jackpot. He picks a 3-pack of the powdered pastry off the shelf and dashes down the aisle with his conquest. He runs straight into his mom, who snatches the stolen goodies out of his nubby hands. His once-triumphant grin transforms into a surly pout.

Jeb Dennis, a public defender at the Durham County Courthouse, said that the standards of evidence are higher now. Juries expect video evidence. If it’s not available, they want to know why.

“It’s called the CSI effect,” Dennis said. “Jurors, civilians, and people in general want more evidence now than what they expected 30 years ago.” People expect video evidence because they’ve seen it in so many TV shows.

Studies have shown that over 25% of human witnesses have false memories. Video eliminates that problem.

“We use it to our favor,” Meier said. Video footage can be definitive evidence of a criminal’s guilt.

Ruiz’s case at the convenience store is a powerful case study.

The video shows Ruiz and Powell emerge from behind a dumpster in the store’s parking lot, shouting at each other.

The fight turns physical, and the footage shows the faint outlines of a knife in Ruiz’s hand. Ruiz lunges and stabs Powell, who pushes him backwards. Ruiz lands on his behind, cigarette still in mouth.

Powell then walks into the convenience store, his hand placed lightly on the lower section of his potbelly. His face is stoic and unfazed. He grabs a few napkins, clots his wound, and walks out the door.

Meier said this footage was crucial in Ruiz’s case. Not only did it pin him to the scene of the crime, it also reduced his sentence. Powell’s demeanor inside the store proved the harm caused wasn’t so bad.

But video has its drawbacks.

“We’re basically a surveillance society.” Meier said. While privacy laws might protect citizens from being spied on by the government, it doesn’t stop people from recording each other.

“In public places, there’s no legal expectation of privacy. The laws just haven’t caught up with technology,” he said.

Video can capture and save even irrelevant information.

“Back in the day, you would see someone and then they’re gone. Now you have a video that can save for life the image of someone picking their nose,” he said.

This constant watchdog feature also can hit the limits of technological capacity.

But the attorneys say video is here to stay, capturing everyday life, plus the occasional crime.

Back in the store, the kid returns back to the Hostess rack. It’s his second try and he’s smarter this time. He hides the snack cakes in the fold of his shirt as he dodges his mother.

He slides across the store’s center aisle. He sticks the donut in his mouth, victorious.

No one even saw him.