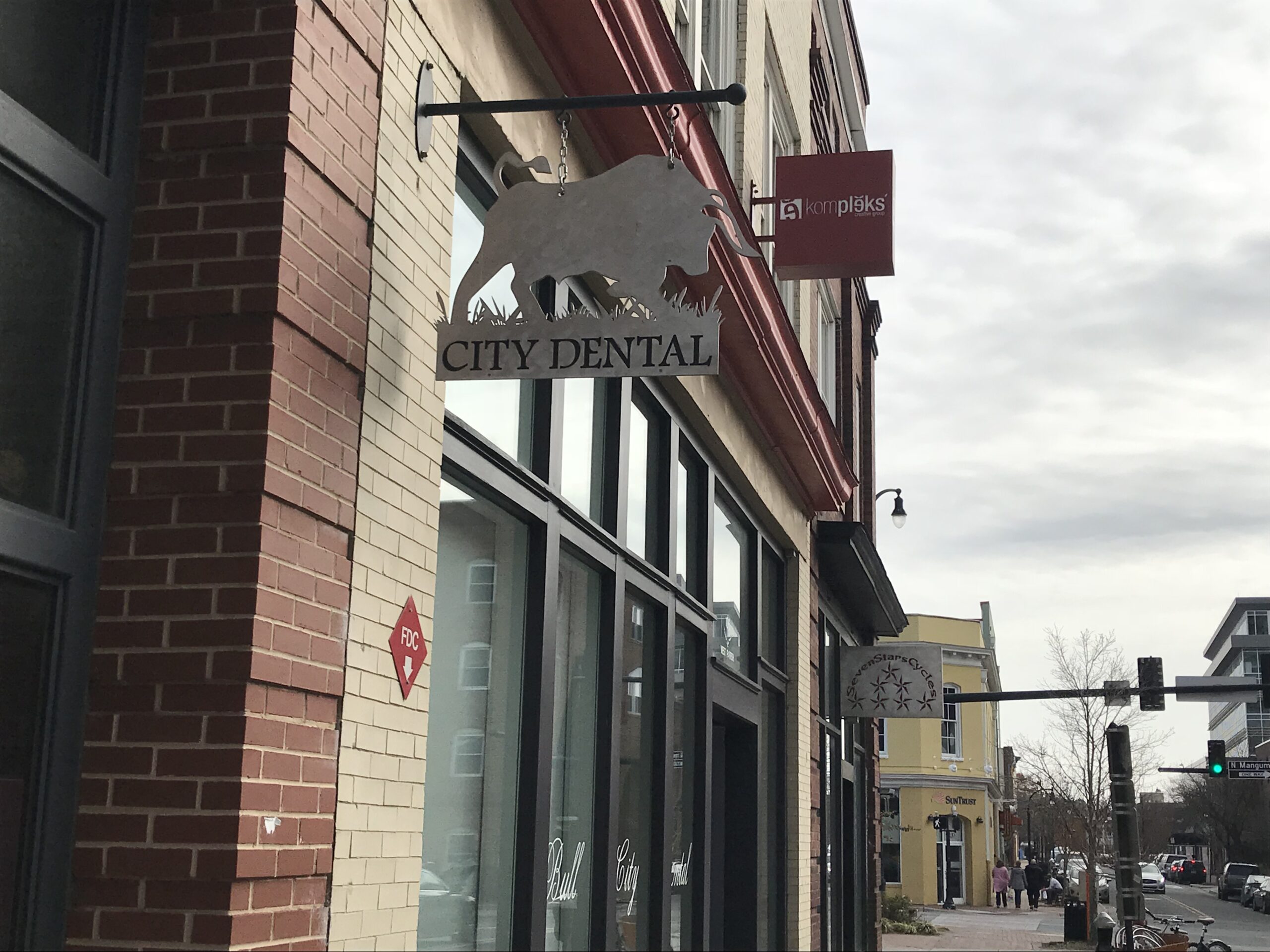 At the turn of the 20th century, downtown Durham’s Parrish Street was the hub of Black Wall Street, with NC Mutual Life Insurance Company at the forefront of a thriving black entrepreneurial culture.

At the time, Durham had the highest concentration of black millionaires in the country.

But other than a couple historical markers and a historic forum, Parrish today is just another downtown street, home to businesses like a bike shop with beer bottles on display that sells bikes starting around $300.

Durham City Council member Mark-Anthony Middleton wants to bring back the glory days. He’s undertaking an ambitious plan to bring back Black Wall Street’s spirit of entrepreneurship, which was quashed after Highway 147 cut through the historically black Hayti district in the 1960s. This time, he says the initiative won’t be as tethered to real estate.

“We don’t have Parrish Street anymore. It has to be an ecosystem,” Middleton said.

The rise and fall of Black Wall Street

Right next door to what is now Seven Star Cycles, a bike shop focusing on bike repairs on Parrish Street, lies the former headquarters of the Durham Reformer, a newspaper published by NC Mutual—which became the world’s largest black insurance company.

Its first floor now houses a black-owned dentists shop, and on its upper floor, a graphic design company co-founded by a North Carolina Central University graduate.

NC Mutual was founded in 1898 by John Merrick and Aaron Moore, among others. The company’s goal was to provide life insurance and other services to blacks who couldn’t otherwise get them.

“If you look at most of the black-owned businesses of this time, they’re basically meeting needs that whites have no interest in or for racist reasons wouldn’t support,” said Robert Korstad, a professor in Duke University’s Sanford School of Public Policy who has studied the history of Durham.

NC Mutual was a complicated place, Korstad said. On one hand, it created an abundance of jobs, including professional jobs and opportunities for black women, Korstad said.

Merrick, also a barber and founder of the Durham Textile Mill, was a jack of all trades, like many of those who were at the forefront of development on Parrish.

Moore, the first black medical doctor in Durham, founded Lincoln Hospital in 1901, a hospital where black doctors could treat patients. He also founded Bull City Drug Company in 1908, which was right next door to what is now the dentist and the graphic design company.

With no “centrally located” pharmacy that blacks could use in Durham, Moore had to run a pharmacy out of his garage for blacks until he opened Bull City Drug’s doors, Korstad said.

But just a few decades later, it all came crashing down.

In the 1960s, the city decided it needed a highway to drive business to Durham and provide a pathway to the Research Triangle and Raleigh, Korstad said.

The cheapest and easiest place to put what is now Highway 147 was straight through the historically black Hayti neighborhood, Korstad said. The idea was sold as a way to lift the Hayti community out of its “dilapidated” housing by tearing it down and later putting in better housing, Korstad said.

Instead, it was devastating for black businesses.

“I’m not sure they initially intended to destroy the black business district as they did,” Korstad said. “However, since it happened the same way in virtually every southern town, that the black business community was destroyed as well as the residential community, made me think that was part of what it was all about.”

The highways effects were brutal for Henry L. Gunn III, who left Durham for Vietnam in the 1960s to join the Air Force. When he returned from duty nearly 20 years later, his neighborhood was completely gone.

His son, Joshua Gunn, hip-hop artist and vice president of member investment at the Durham Chamber of Commerce, says the highway is “a scar for him because he has no way to go back to and tell us about his childhood and his youth. The physical space is gone. Black Durham never really recovered from that. Many people never recovered from their homes quite literally being destroyed.”

Today, black people account for more than 60 percent of those in poverty in Durham, despite representing more than a third of the city’s population.

Applying the lessons of the past, Middleton hopes to break the racial gap and inspire black entrepreneurship.

Although his vision of reviving the spirit of Black Wall Street is less tied to physical real estate on Parrish Street, he also hopes to work with private developers to create a “demonstration project.” That may entail building an anchor project on Hayti’s Fayetteville Street, perhaps at a former housing project that the city bought a few years ago, Middleton said.

Middleton also helps to bring apprenticeships and vocational training back to local high schools. This would help create high-paying jobs, he says.

These changes won’t come overnight, Middleton acknowledges. But he hopes that in the short term, the city will make a significant commitment to stimulating black entrepreneurship. He noted that the city put $2.4 million aside for a participatory budgeting initiative, and hopes the city will put at least that much into bringing back the spirit of Black Wall Street.

Korstad is not optimistic about the possibility being able to come to fruition.

“A lot of it is about money and capital and access to credit. There are a lot of African Americans with great ideas and a certain amount of business skill and stuff, but unless you can go to the bank or a venture capitalist and get credit to build a big development or start a new business, it’s very hard to see something like that developing again,” Korstad said. “Wealth inequalities in the black community—black people got no savings and no money on average….I’m pretty dubious about it.”

“It’s time for people to put their money where their mouth is, especially for the city and county of Durham, which benefit greatly from the story of Black Wall Street, to begin to use their resources to help finance this,” Gunn said.