Home » A Durham Moment: “Everyone’s Back on Club Boulevard!” 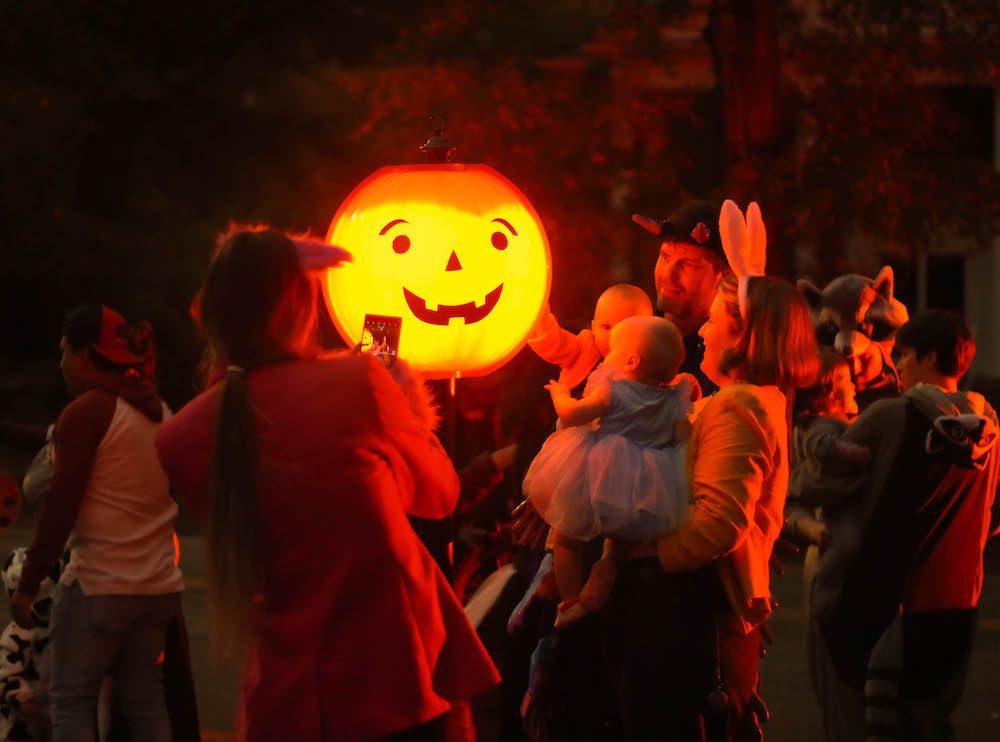 A Durham Moment: “Everyone’s Back on Club Boulevard!”

It can feel difficult to find areas of consensus in our polarized country. But on Oct. 31 in Durham, a few universal truths were recognized by all.

Chocolate tastes good. Clowns look scary. And Halloween is back on Club Boulevard.

For the past two years, trick-or-treating was one of many traditions impacted by fears of the spread of Covid. Last year, the city asked residents to limit their contact, with the reminder that “we’re not back to Halloween as usual.”

That message has since expired. This year, crowds of children and their (sometimes reluctant) caretakers stretched westward on Club Boulevard from the North Carolina School of Science and Mathematics.

Many homeowners on the stretch take this responsibility very seriously. The Eggers, who have lived on the street for 29 years, estimate they spend about $200 on candy every October.

“They call it the Club Boulevard Tax,” Helen Egger told me from her porch, as she passed out candy with her adult children and friends. Her husband, Daniel Egger, was skeptical of the characterization. “Who calls it that?”

As we spoke, a constant stream of costumed kids made their way up to the steps to fish around in the candy bowl. A small nurse combed through the bucket. She carefully held each piece up to the light until she found a satisfactory piece. 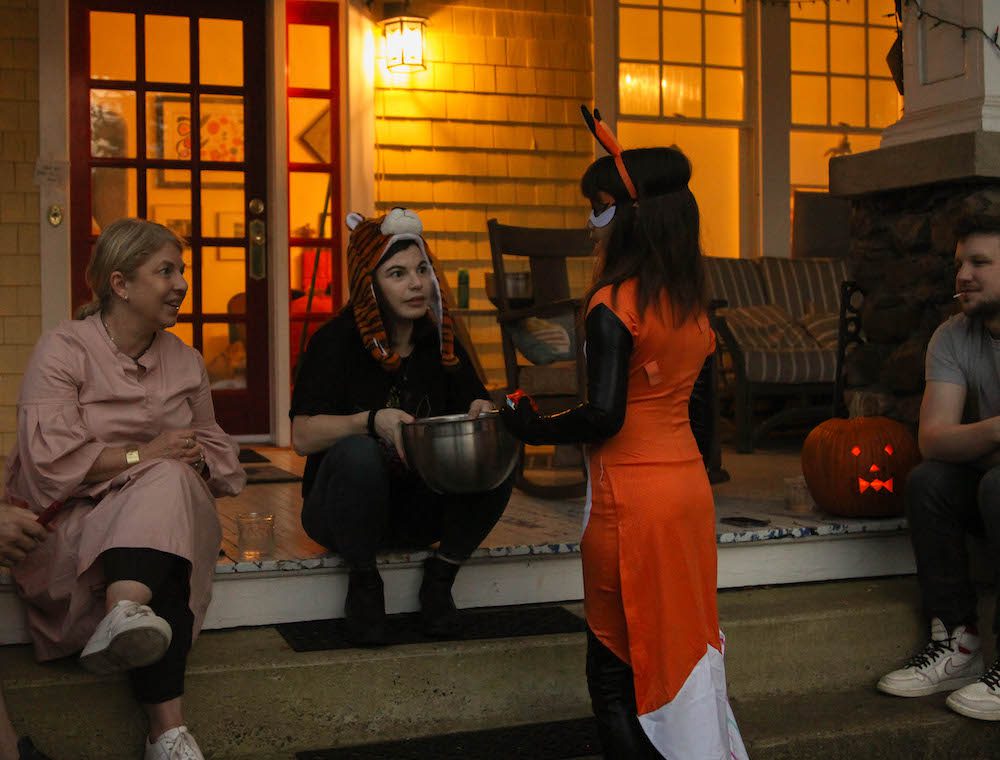 Some households silently protested the tax by shutting their doors and windows against the onslaught of sugar-hungry juveniles. One can only imagine the residents of such houses drawing their blackout curtains and climbing into root cellars to wait out the fearful night.

“A lot of our neighbors, when their kids weren’t little anymore, stopped doing it,” said Daniel Egger. His wife frowned at the thought. “She tells them they’re mean,” he said.

“Why don’t you want to see adorable kids in costumes?” wondered their daughter Rebecca Egger, who grew up on the boulevard.

Across the street, April Henry, sporting green face paint, basked in the praise for her well-decorated home surrounded by plastic jack-o-lanterns and skeletons. “Every year you guys have the best house,” said a 4-foot tall superhero.

“Wow, I love all of your decorations,” another child mumbled through a mouthful of chocolate.

“Every year my goal is to buy something new!” Henry told her décor admirers. “I tried talking my husband into getting a 12-foot skeleton but we weren’t sure where we would store it.”

“Trick-or-treat, I’m a haunted bed sheet!” said a cloth-covered lump, while a Cinderella carefully hiked up her skirts to climb the stairs to Henry’s porch.

Henry, who has lived on West Club Boulevard for 10 years, estimated she spends about $400 each year on jumbo bags of candy from Costco. Sometimes even that hasn’t been enough to satiate the grabby little fairies and minions. “You want me to be honest? If my kids are home, I take candy out of their bags.”

The Eggers and Henrys said they usually see anywhere between 1,100 and 2,000 trick-or-treaters, citing handheld clicker counts from years past.

A young woman and man carried a 2-month-old in a bundle of blankets. “For you,” Henry said, pressing a few candy bars into the mother’s hand. “You don’t have to share,” she said, eyeing the man.

Henry’s house even attracts some adults in search of sweets. “Can I get some candy? I’m an immortal gay Victorian,” said a costumed adult clutching a pride flag.

Meanwhile, the Flash made his way up Henry’s steps and peered into the bowl. “If you let him negotiate, he’s going to negotiate, watch out,” warned his mom. “He’ll start trading stuff he already has.”

Not all costumes are cute. Henry averted her eyes from several clowns over the course of the night. “This is not good,” she said, holding out the bowl. “I’m just going to look the other way.” A small clown offered a garbled “thank you” through his mask.

Across the street, an oversized inflatable chicken wobbled its way towards another well-lit porch.

“Everyone’s back on Club Boulevard!” Henry exclaimed, dropping a chocolate bar into a plastic pumpkin as another clown climbed the steps to collect the Club Boulevard tax.