Home » Durham School of the Arts may move to northern Durham

Durham School of the Arts may move to northern Durham 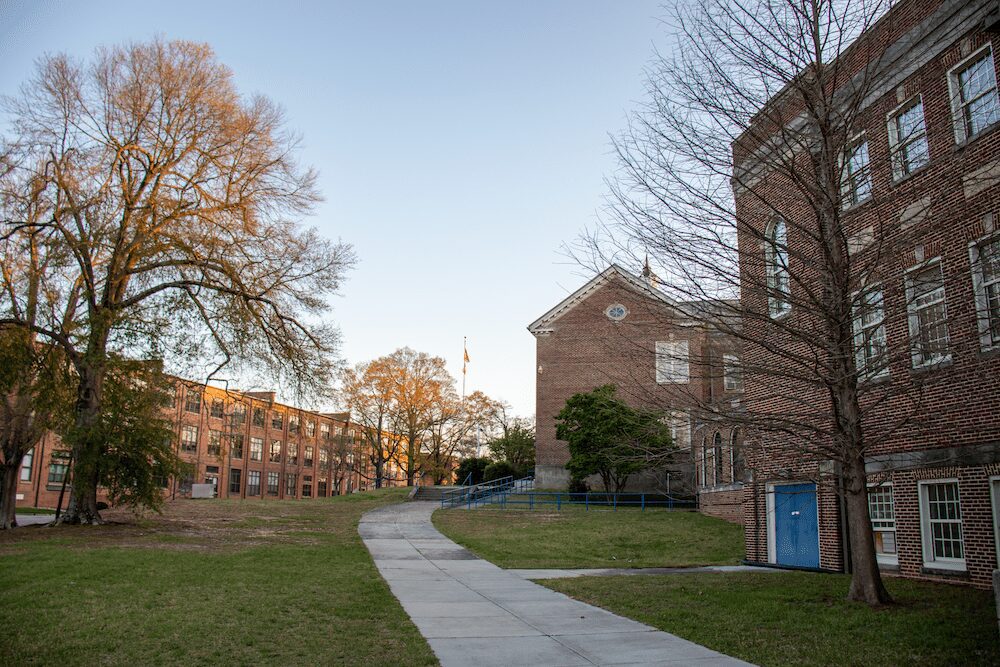 Durham School of the Arts is grappling with the choice between holding onto history and beginning a new era.

The arts magnet school,  a fixture in downtown Durham since 1995,  has been a source of pride in Durham for years. Now it may be relocating to a new campus in northern Durham.

That has left parents and community members with lots of unanswered questions.

Jeannine Sato, a DSA parent and PTSA volunteer, has been active with the school for two years. She supports the move and funding a new campus for DSA but says that parents she has spoken with have mixed feelings about the relocation.

“Part of the charm of DSA is its history, its location in downtown, and its connection to a lot of the arts downtown,” she said. “But I do have concerns about how we could safely renovate it with students in session.

“It just seems logistically challenging, very expensive, and there will probably be lots of unforeseen challenges. Building a campus seems like the most logical solution.”

Others, such as Karalyn Colopy, a DSA parent and Trinity Park resident, favor keeping DSA right where it is.

“I love that there’s a school in downtown Durham,” she said. “It would be a big loss if we lost a school campus right in the heart of the city.”

The current sprawling campus of eight buildings stretches across three blocks of Durham, housing 1,655 students from grades 6 to 12. The school boasts rigorous academics in addition to a focus on visual and performing arts.

The campus, previously home to Durham High School, includes some buildings built in 1922. Durham High was struggling in the 1990s, before DSA opened in 1995. DSA transformed the campus into a vibrant school attended by students from around the county, who gain entrance to the arts magnet school through a lottery system.

The concept of a new campus for DSA has been under discussion for some time. The county provided design and discovery funds for the project in early 2021. In May of 2021, the school board hired a third party to assess the viability of the current DSA campus. The consultant concluded that the campus was not adequate to house a school of the arts.

The Board of Education decided in October to pursue funding for a new DSA campus in northern Durham County and submitted the proposal to the Board of County Commissioners. The commissioners will decide this month whether or not to include the new DSA building as part of an upcoming fall bond referendum.

If funding for the new campus is approved by the county commissioners, Durham residents will have the opportunity to vote on funding for DSA as part of the proposed bond referendum on November 8.

If approved, the Board of Education anticipates that construction will begin in June 2023. They hope that the campus will be completed by May 2025.

The proposed location for the new campus, a 58 acre-site on Duke Homestead Road, was purchased in 2010 from Duke University. Unlike the current campus, it is isolated from major thoroughfares and provides opportunity for future expansion, said Julius Monk, deputy superintendent of operational services for Durham Public Schools. 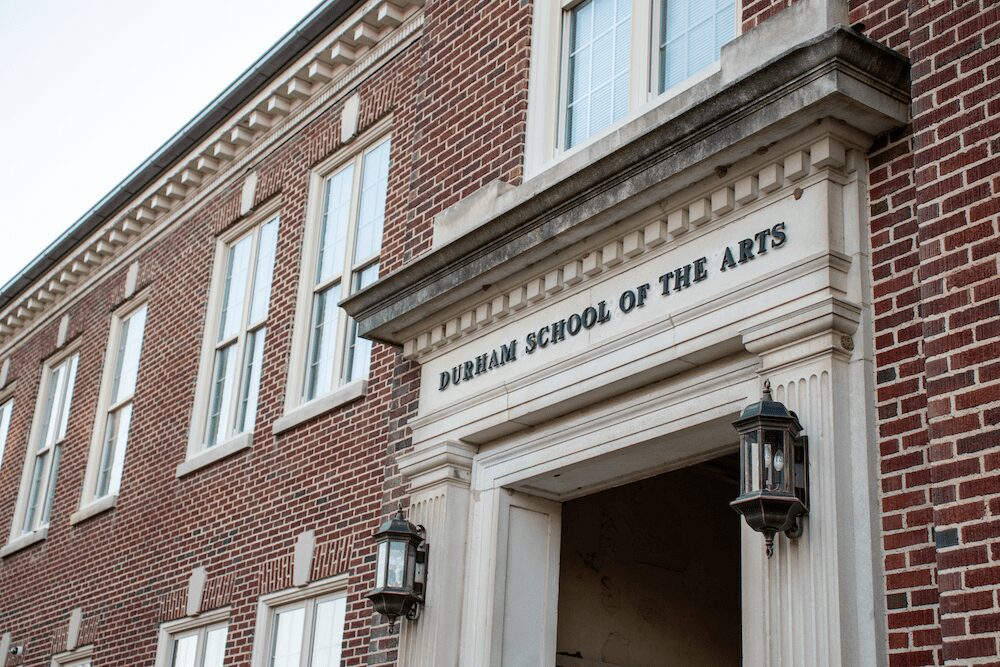 In a February 23 Board of Education meeting, Fredrick Davis, director of capital construction and planning for the Durham school system, highlighted the historical significance of the current campus, but also pointed to flaws with the building.“The current structure limits the class sizes, limits natural light and really does not lend itself to the modernizations that we need in order to attract the best and brightest,” he said.

Sato also cited several structural and maintenance issues with the campus, including electricity outages. “There are definitely some basement classrooms that feel like a dark dungeon,” she said.

In a recent interview, Monk highlighted accessibility issues with the current campus, and the age of the building. He also raised concerns about the size of the campus , explaining that DSA was designed for about 1,200-1,400 students.

Parents and administrators are also concerned about the traffic generated by the school’s location on two major thoroughfares. Traffic backups often cause significant bottlenecks through the campus and into the city streets beyond, inconveniencing drivers and posing a danger to schoolchildren, some said.

Natalie Beyer, a Board of Education member, said new North Carolina Department of Transportation regulations would require the entire car line to remain on the DSA campus and not overflow out into the roadways. “That site is landlocked and there’s not a possibility for us to afford more land or close city streets,” she said. “Those roads are major arteries.”

Beyer stressed the importance of receiving input from the community throughout the relocation process. She says as soon as the board knows if the county has approved funding for the new school, the school board will revisit the issue and welcome public comment.

A big concern shared by parents and community members is what will happen to the current DSA buildings if the school moves.

Allen Wilcox is a Trinity Park resident who lives one block away from the current DSA campus. He says DSA has been a source of pride for his neighborhood.

“I just hope that the old buildings are used in a way that still benefits the community,” he said.

Both Beyer and Monk said that the board is considering moving New Tech High School, which currently shares a campus with Hillside High School, to the current DSA campus.

As Hillside expands, Monk says, “it’s becoming harder to run both of those programs on the same campus.”

New Tech High School has a student population of only 285 students. Given that, Monk said the current DSA location could also potentially accommodate central office space or student testing facilities.

Colopy wants reassurance that the older DSA buildings will be preserved if the school moves to a new location.

“We don’t have that much history here in Durham,” Colopy said. “This is our history and what makes us Durham.”

Above: Photos of Durham School of the Arts by Milena Ozernova — The 9th Street Journal