Home » Changing things up to keep business alive during a pandemic 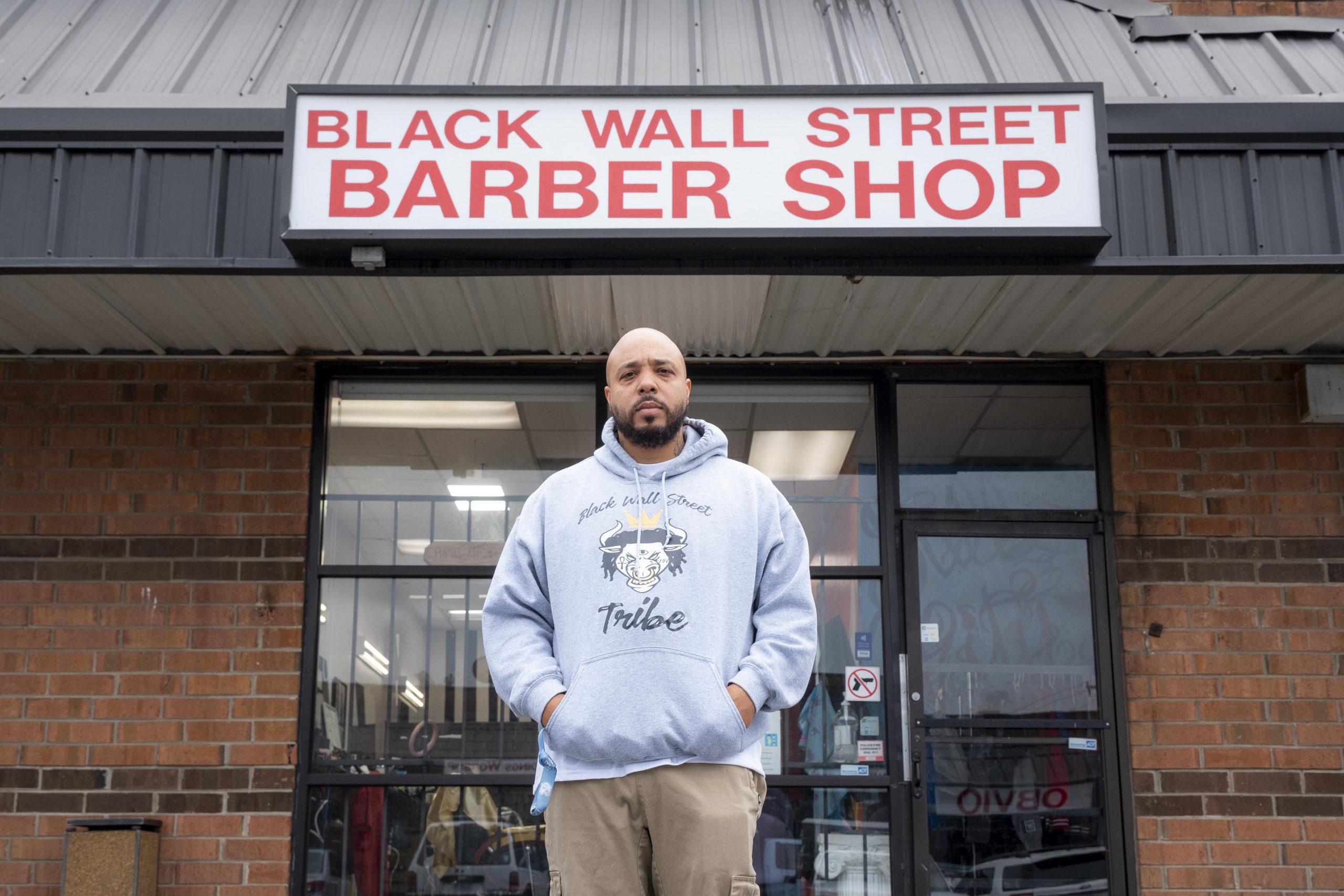 Changing things up to keep business alive during a pandemic

After entering Black Wall Street Barber Shop, it’s hard to know where to focus. Colorful art from around Durham covers the walls. A boisterous radio interview with Anthony Anderson booms over speakers. Then, there’s the soft, constant buzz of Akili Hester’s razor as he cuts and sculpts clients’ hair.

In short: it’s local and it’s lively. Hester, the shop’s owner, worked hard in the four years he’s owned Black Wall Street Barber Shop to make it that way. Yet Hester has had to work even harder to stay in business through the coronavirus epidemic.

“Trying to stay afloat was pretty difficult when you’re dealing with half of what you’re used to making and you still have to cover all of the same bills,” said Hester, whose shop is on Fayetteville Street near East Lakeville Avenue.

The pandemic took things from nearly everyone. But it’s hit some Americans harder than others.

To make it through, Hester has applied his own creativity and some advice from the Durham Business and Professional Chain. “The Chain” has worked with and aided the Triangle Black business owners since 1937.

Hester has unique ties to The Chain. His father, Larry Hester, was once the organization’s president. And his stepmother, Denise Hester, chairs its communications committee. They founded M & M Real Estate Development and Consulting together.

The nonprofit ended in-person meetings once COVID-19 became a threat. But it continued with its outreach, mostly with a newsletter and a heavy social media presence. Through these media tactics, said Denise Hester, The Chain has been able to share grant opportunities and general business advice.

“On our Facebook page, we try to publish uplifting articles about what others are doing and service the information about what has been successful for other businesses,” she said.

The Chain has also counseled local business owners to stay connected with customers even as the pandemic pushed them apart.

“Get in touch with your customer base,” was part of the guidance, Denise Hester said. “Business owners don’t always have time to mine accurate information of their customers, but maybe now with this time, they can really look at their analytics and see where their money is coming from.”

The Chain helped Akili Hester become aware of his customer’s needs, he said, and think critically about ways to improve his business.

For the barber, who shut down his business in early March after his wife caught COVID, some adjustments were obvious. That included mandatory mask wearing and limiting how many people can be in the shop at once.

By the time he reopened in June, he had lost about 50 percent of his clientele because many  customers were too scared to leave their houses, he said. Pre-pandemic, Hester would probably be cutting “10 heads,” a day, he said. These days he usually cuts a fraction of those.

Seeing he needed secondary income, Hester started a side T-shirt and clothing shop called Bull City Merch, which exists online and in his shop. He designs the shirts himself, often adding text that promotes community unity.

“I started to notice that I would cut someone’s hair, and that would be about $20, but then they would buy a few T-shirts and that would be like $40. Even now, as business is starting to pick back up, selling the shirts has really helped me keep the lights on,” Hester said.

He markets the shirts to all of his customers, including those who can’t yet return to his shop.

“I had the idea for the “Bull City Strong” T-shirts even before COVID, but I think they work even more now,” Hester said.

He  filmed a short music video showing them off. After years doing video work for the North Carolina rap music scene, Hester hired music artists to help with the video, including members of The Materials, a Durham-based soul group.

Their words echo Hester’s message of unity. He and the others proudly throw up their fists and tell their audience to “buy black.”

The T-shirt designs have been received well, consistently selling 10 to 15 shirts a week,  said Hester,  who gives barbershop clients discounts.

Sometimes Hester’s creativity sparks ideas in others. Local muralist Brandon Hampton was so inspired by T-shirt designs that he painted one inside the barbershop. It’s a bull wearing a mask that looks like the Durham city flag – a physical manifestation of the “Bull City Covid Era” messaging that runs throughout Hester’s merchandise.

Looking forward, things seem to be looking up for Hester. He’s hoping to get started on more video projects for his YouTube channel, including a project to interview Black small business owners in Durham.

He’s also working on opening a new barbershop near where Black Wall Street Barber Shop stands. He intends to sell Bull City merch there too.

“If there’s one thing I’ve learned, it’s that you got to play a part in your own rescue,” Hester said.