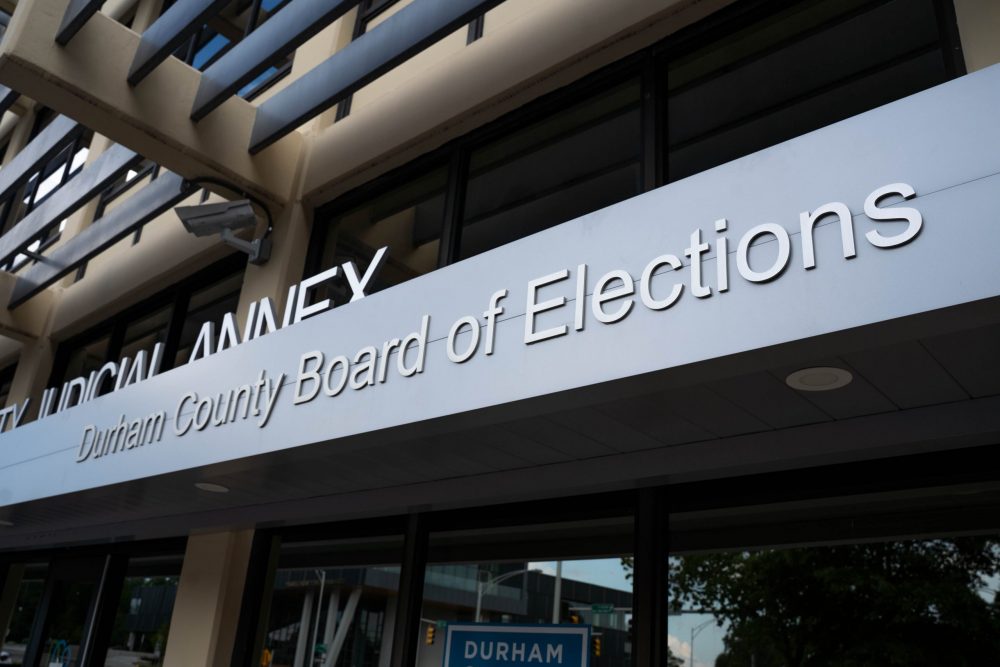 Your questions about mail-in voting, answered

After four years of relentless partisan drama, when wearing a mask or buying a can of black beans has become a political statement, the 2020 election was destined to be contentious. A worldwide pandemic of respiratory illness just made it weird.

Between now and Election Day on Nov. 3, a record number of people will vote by mail to avoid interacting with others and potentially contracting the novel coronavirus. Typically 4% of the state electorate vote by mail, said Damon Circosta, board chair of the North Carolina State Board of Elections. This year, the number will be between 30 and 40%.

If you, too, are considering mail-in voting, The 9th Street Journal is here to cut through the chatter and answer your questions about the process.

What is all the fuss about mail-in voting?

Mail-in voting has been part of American democracy since Civil War soldiers re-elected Abraham Lincoln in the 1864 election. The elderly and voters with disabilities or chronic illness have found postal voting a safe and convenient way to pick their political representatives, said Mac McCorkle, director of POLIS, the center for politics in Duke’s Sanford School of Public Policy.

Voting by mail gained fame in recent months when it was attacked by President Trump, who claimed, without evidence, that it would invite fraud and lead to “the greatest rigged election in history.” Meanwhile, the president and his wife both requested absentee ballots on Aug. 12.

Cost-cutting measures by Postmaster General Louis DeJoy, a Greensboro resident and longtime donor to the president, heightened the controversy after he took over the U.S. Postal Service on June 15.

The brouhaha isn’t over. DeJoy temporarily suspended the measures, but the announcement and comments from the president left many people unsure how mail-in voting will play out in this year’s election.

What is absentee voting? Is it different from mail-in voting?

You can vote in one of three ways: Show up at a local precinct on election day, or vote absentee, which includes casting your ballot at an early-voting precinct or mailing in an absentee ballot.

“Absentee is anything with the exception for voting in person on election day,” Circosta said.

Any registered voter in North Carolina may request an absentee ballot, no reason or special circumstance required.

Are Durham election officials ready for the volume of mail-in ballots they are likely to  receive?

They say they are.

Durham County has already had a 350% increase in absentee ballot requests compared with 2016, according to Derek Bowens, director of the Durham County Board of Elections.

Through last Friday, when the first batch of absentee ballots requests were mailed out, 40 people in the elections office were working 9 a.m. to 9 p.m. putting together absentee ballot packages, which include return envelopes, “I Voted” stickers and instructions for how to complete the ballot, Bowens said.

Starting this week, only 10 people will be needed to put together and send out ballot packages every day, Bowens said.

In addition to the staffers processing requests and stuff envelopes, more than a dozen will authenticate ballots and call voters if their ballot is deficient and cannot be accepted.

Bowens said that he is not concerned about a shortage of workers because the county can enlist a temporary employment agency.

The mail-in voting process will cost the county at least $100,000, Bowens said, but that can be covered through an existing county election budget, potential CARES Act dollars and budget amendments requested from the Board of County Commissioners.

Is the Postal Service ready for the volume of mail-in ballots that Durham will receive?

Well, let’s just say that if you are voting by mail, do it early.

Postal Service spokesperson Philip Bogenberger did not answer The 9th Street Journal’s questions regarding mail-in voting in Durham, but postal officials have warned that they could have difficulty because some states have late deadlines for requesting ballots.

Thomas J. Marshall, the general counsel for the Postal Service, sent a letter in July to all 50 states and the District of Columbia, warning that “certain deadlines for requesting and casting mail-in ballots are incongruous with the Postal Service’s standards.”

Marshall told officials with tight schedules to require that residents request ballots at least 15 days before an election, and that ballots requested too close to the deadline may not “be returned by mail in time to be counted,” according to the New York Times. A separate analysis by the Times confirmed this could be a problem in 19 states. (The Times said the deadlines in North Carolina might provide sufficient time.)

Another possible problem: Changes to the Postal Service that DeJoy had already implemented prior to reversing the announcement.

At least seven mail sorting machines were removed from a post office facility near the Charlotte Airport, which DeJoy said that he will not replace while testifying in front of the House Oversight Committee on Aug. 24.

Bogenberger did not answer The 9th Street’s Journal’s question about whether any mail sorting machines in Durham county were removed.

Will Trump’s attacks on the Postal Service hurt his own party?

House Republican Leader Kevin McCarthy is worried about that, according to Axios. McCarthy is privately encouraging voting by mail and warned Trump recently that their party could be “screwed” by his bluster against mail-in voting.

“We could lose based on that,” McCarthy (R-Calif.) told Alayna Treene, an Axios White House reporter.

McCarthy said the party can’t afford for Republicans to sit home, afraid of getting COVID-19, while Democrats flood the field with mail-in ballots.

“I tried to show him…you know who is most afraid of COVID? Seniors. And if they’re not going to go vote, period, we’re screwed,” McCarthy said.

Indeed, as Trump rails against the Postal Service, his campaign and other Republican candidates are quietly encouraging supporters to vote by mail.

WRAL reported that the North Carolina Republican Party sent out ballot request forms to selected voters in July, along with an edited tweet by President Trump.

The original tweet said, “…Absentee ballots are fine because you have to go through a precise process to get your vote privilege. Not so with Mail-Ins. Rigged Election!!! 20% Fraudulent Ballots?”

The party highlighted the first half of the president’s tweet that praised absentee ballots in yellow, and blurred the last three sentences that disparaged mail-in ballots.

While the Republican Party mops up after Trump, Democrats have been pushing their base loud and clear to vote by mail. And the results are paying off.

State Board of Elections data shows that 53% of absentee ballot requests so far this year came from registered Democrats, compared with 15% from Republicans, according to WRAL.

It’s hard to predict the impact of the mixed messages about mail-in voting.

McCorkle said that misinformation and Trump’s comments surrounding mail-in voting may fire up some to vote, but the less politically engaged may shy away.

“In between COVID-19 and what President Trump is saying, some people might not vote,” he said.

Trump’s comments could indeed hurt his own party. FiveThirtyEight reported there is no historical evidence that mail-in voting gives one party an advantage, although this year could be different.

What are the pros and cons of voting by mail?

Pros: You don’t have to leave your home and worry about any interaction with someone who might have the coronavirus. No standing in lines, either.

“There have been problems with mail-in ballots because if people don’t cross every T then the ballots get thrown out,” Peck said.

Peck said that recent changes to the state mail-in voting process, promoted by the advocacy group Democracy North Carolina, may reduce the rate of rejected ballots.

Voters will be contacted if their mail-in ballots do not meet the criteria and then asked to resubmit their votes. The county office will call, email or send a letter to the voter, depending on the number of days until Election Day on Nov. 3.

Another change is that local boards of elections have begun processing absentee ballots five weeks ahead of Election Day, Peck said, allowing ample time for voters to fix ballot mistakes.

The best advice: Send in your ballot as soon as possible.

I received an official-looking mailing from the Center for Voter Information with an application for an absentee ballot. What is that about?

The Center for Voter Information is a Washington D.C.-based organization that aims to increase voter turnout. It is a partner organization to the Voter Participation Center, which is particularly dedicated to increasing voter registration among young people, people of color and unmarried women.

Garder said many people want to vote by mail but don’t know how, and that’s where her organization steps in.

However, Circosta said that the third-party mailings are confusing some voters, who don’t know why they received the forms and where they came from.

The state board of elections, concerned that the mailings can confuse voters, has told groups it will review them to ensure they comply with state and federal laws and don’t do more harm than good.

“These efforts typically are legal, but they can be confusing or frustrating for voters and erode confidence in elections, especially when they are unsolicited,” states an Aug. 6 press release by the State Board of Elections.