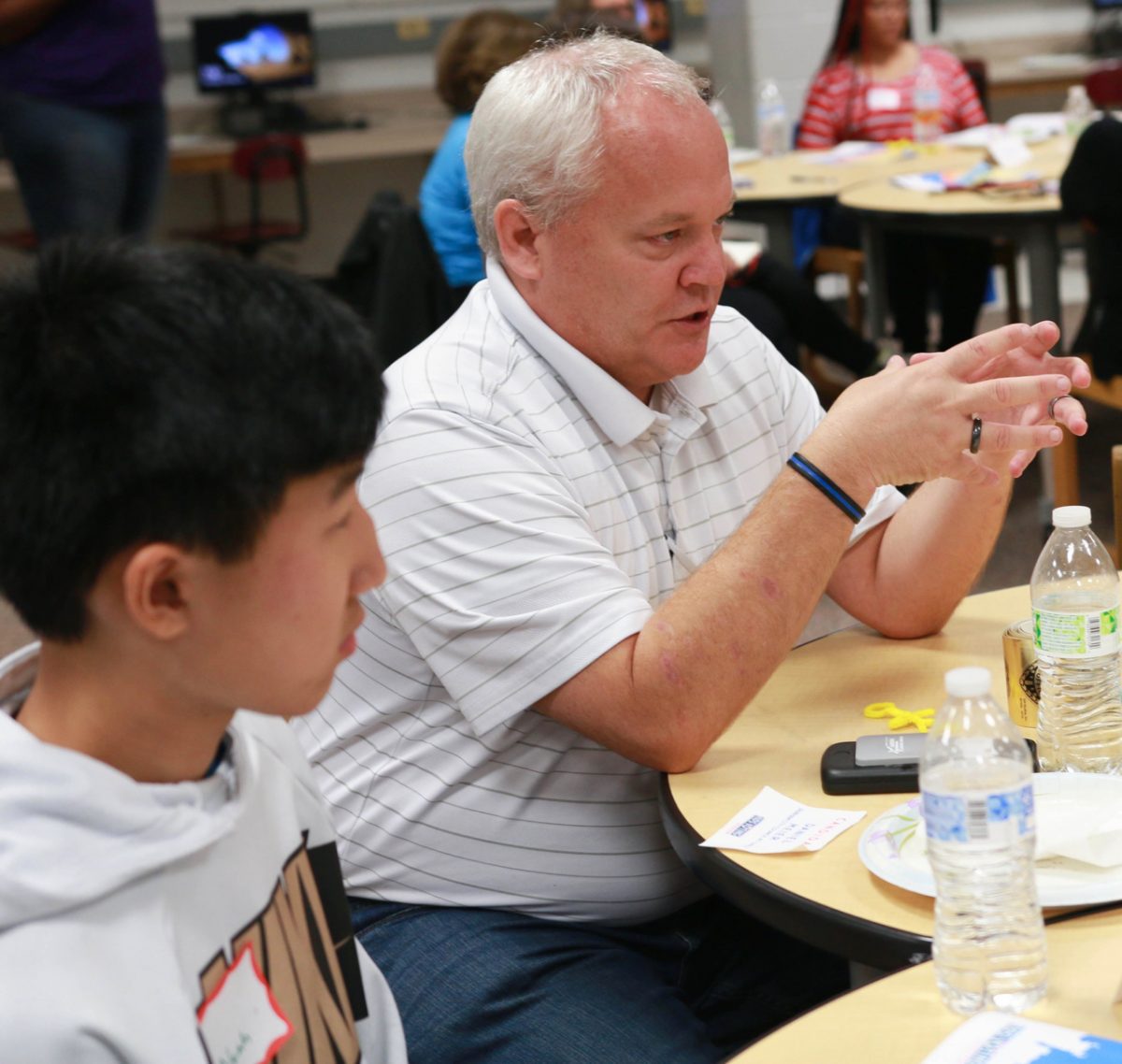 In a Nike Dri-Fit polo, khaki shorts, and a Notre Dame baseball cap, Daniel Meier reclines casually in a leather chair at his downtown law office.

But once he starts talking about conditions in Durham that concern him, the city council candidate is anything but relaxed.

Reducing crime is Meier’s biggest priority. He understands this problem better than most, he said, due to both his profession and his wife’s work. After a long career in the Durham Police Department, Leslie Meier is now a county deputy sheriff.

Despite decreasing in recent years, violent crime in Durham increased in 2019, with 35 homicides in the last nine months. The second-quarter crime report released by police chief C.J. Davis revealed a 16% increase in violent crime within the first six months of this year compared to 2018.

“There are three components to crime: ability, opportunity, and desire. Everyone has the ability to commit a crime so you can never do anything with that. You need to take away the opportunity to do crime,” said Meier, who studied law at the University of North Carolina, Chapel Hill.

Meier supports hiring more police officers in Durham. The city council rejected Davis’s budget increase request to hire 18 new police officers with a 4 to 3 vote in June. Instead they approved a budget that provided an increased minimum wage for city employees.

That vote inspired Meier to run. “What really pushed me was the tone-deaf response to the rise in crime and request for more law enforcement officers,” he said.

Friends of Durham cited Meier’s understanding of crime in Durham, where he has lived for 17 years, when endorsing him. The business-oriented political action coalition noted Meier’s  commitment to furthering ties between police and residents of Durham as essential.

“No one else on the Council or running for a Council seat can speak to the public safety and community engagement aspects of the law enforcement community like Daniel can,” the endorsement reads.

Also endorsed by the Durham Fraternal Order of Police, Meier acknowledged racial discrimination and bias in local law enforcement and the judicial system during his 2018 run for district attorney. He recognizes the necessity to rebuild trust between community members skeptical about the police’s role in Durham.

“Right now in society there is an awful lot of us versus them, but we really are all in this together. The community members want law enforcement, law enforcement wants safe communities,” he said.

Long-term solutions to many problems are embedded in the economic and social development of Durham, he said. These efforts also go hand-in-hand with crime reduction. “If you have a stable job, if you have stable housing, you are less likely to engage in criminal activity,” he said.

Proposed construction projects are intended to benefit the homeless and homeowners, as well. A main component of Mayor Steve Schewel’s affordable housing platform, the bond is strongly supported by the three incumbents.

Meier opposes the bond, which Schewel introduced in February, not on principle but in its current form, he said. He recognizes that fast-growing and gentrifying Durham has an affordable housing shortage. But he said he found planning for the bond too rushed.

In 2018 Santana Deberry beat Meier and incumbent Roger Echols to become district attorney.
After his 2018 loss, Meier said a voter turnout of 15% made him realize the importance of voter engagement. “One of the things I still regret is an inability to communicate with the 85 to 90% of people who don’t vote,” he said.

Meier hopes support for his ideas motivates more people to vote this time.

“In my mind, it has become increasingly clear on certain things like public safety and some of the economic developments, the current city council is out of touch. They are focused on national issues and a national agenda rather than Durham,” he said.

That said, he is willing to find a common ground with council members if elected through open and frank discussions, he said. By nature his job is argumentative; by training he has learned to negotiate. Both skills holding equal value when enacting policies the city needs, he said.

“I work with people I disagree with every day. That is my job,” he said. “You can be adversarial  without being disagreeable.”