Home » ‘It turned out we made the wrong decision’ 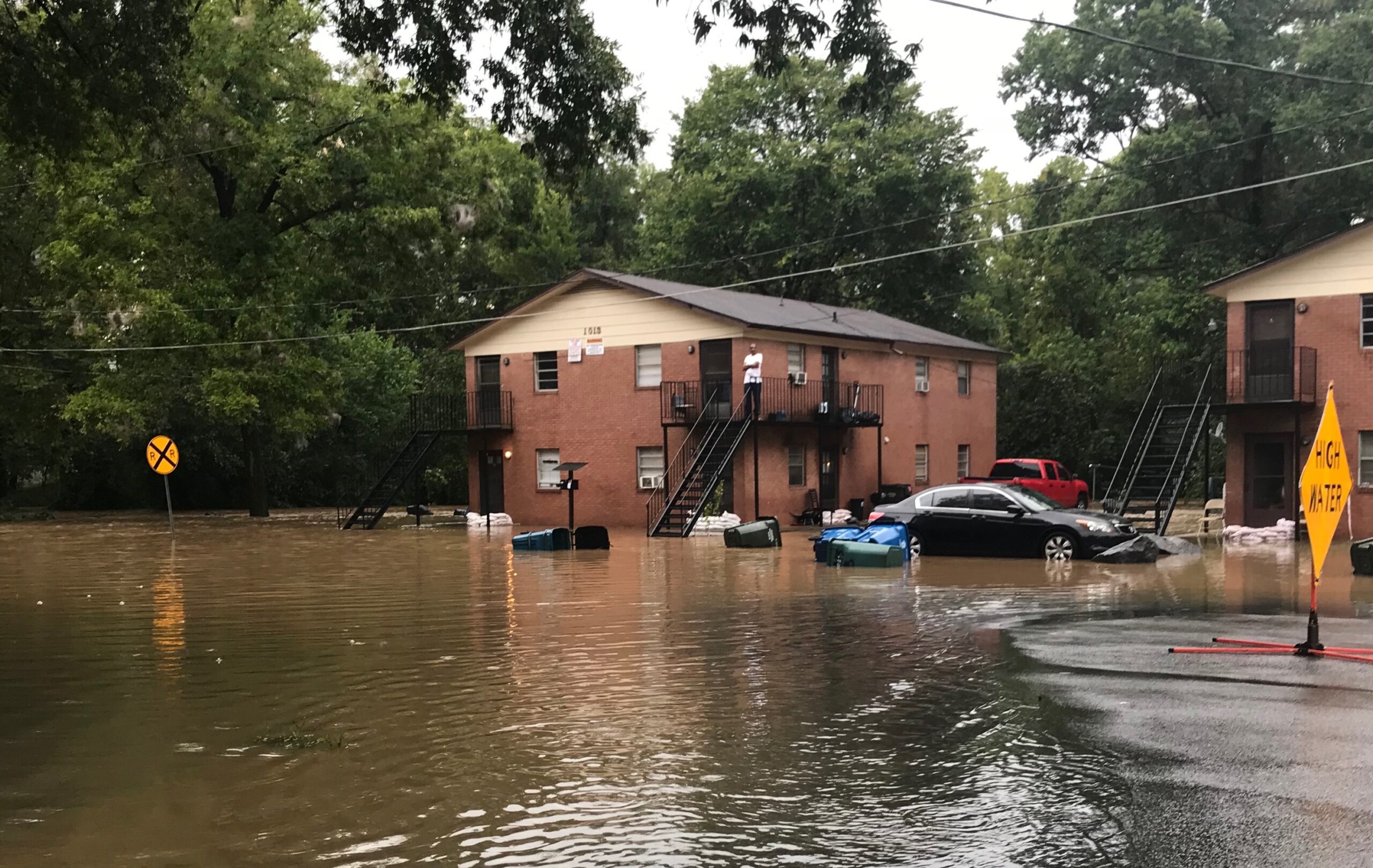 ‘It turned out we made the wrong decision’

Over the weekend, it seemed like Durham had largely escaped the impact of Hurricane Florence. The city experienced some rain and had scattered power outages, but nothing close to the devastation that occurred elsewhere in the Carolinas.

And then the rains came Sunday night. By Monday morning, the torrential downpour turned rush hour into a chaos of flooded roads and tornado warnings. A school bus got stuck in the mud. Some homes had to be evacuated.

Twitter and school switchboards lit up with complaints from parents who were angry over Durham’s decision to hold classes when several neighboring districts remained closed.

Lamont Lilly, who drove his 11th-grade daughter to Southern High School, was amazed that officials would transport students in such poor weather.

“I know what I saw in our 15 minutes of a ride,” Lilly said. “And I said to myself, ‘I really wouldn’t want a school bus driving through this.’”

Jen Meldrum, treasurer of the parent-teacher association at Forest View Elementary School and a parent to students in the first, fifth and eighth grades, echoed Lilly’s sentiment. “Normally you don’t cancel school for rain, but the fact was that these roads were flooding,” she said. “I don’t think that the buses probably should have been running.”

Meldrum said she tried several routes when driving her younger sons to school, eventually opting to run her car through the water on Erwin Road.

“I heard from one parent who said she had to take three different ways to go,” Meldrum said. “I have a feeling a lot of people did not send their kids in today.”

“Although we made the best decision we could with the information we had this morning, we are sorry to our families and staff for the difficulties that came from our decision to open school,” the district said in a statement.

The statement said school buses would be routed around any remaining impassable roads and that all after-school activities and athletic events had been canceled.

Meldrum and Lilly said parents of schoolchildren also received a phone call from the school system at about 9 a.m. that explained that any absences resulting from the weather would be marked as excused, meaning students would not be penalized.

Chip Sudderth, chief communications officer for Durham Public Schools, said officials relied on the best information they had when they made the decision on Sunday.

“Between conversations with city/county emergency management on Sunday evening and our own review of weather forecasts and road conditions beginning at 3:30 am, we were confident in our decision,” Sudderth said. “And it turned out we made the wrong decision.”

“I think once buses are running, it’s hard to pull them back and hard to make changes,” said school board member Natalie Beyer, who noted that the decision to open schools was made by Superintendent Pascal Mubenga and his team, not the school board.

“That was kind of the worst-case scenario all the way around,” Beyer said. “I think it was a very rare occurrence to have tornado warnings at the same time that children were at bus stops.”

Sudderth said Durham Public Schools would be convening “a group of major decision-makers” Tuesday to evaluate the information that factored into its decision and what went wrong. “We’re apologizing and we promise to do better,” he said.

When Florence started nearing the Carolina coastline last week, officials and emergency management personnel in Durham braced for an impact similar to that left by Hurricane Fran, which brought 79 mph winds to the Raleigh-Durham area and shut down Durham public schools for six days in September 1996. But Florence meandered to the west and caused more flooding. As it weakened, it seems that Durham officials began to relax.

County Commissioner Heidi Carter said the district began intensive emergency planning on Monday, Sept. 10, and continued at a slightly lower intensity through Sunday night. “Every day, leaders were meeting twice a day looking at all the information they had about the weather,” she said.

“It was just late [Sunday] that they lifted that level of advanced preparedness,” Carter said. “Then people didn’t spend the night in the operations center for the first time last night.”

The rain picked up dramatically in Durham after midnight Sunday, coming down hardest between 5 a.m. and 6 a.m. The rain gauge at Maureen Joy Charter School measured almost 7 inches of rain by noon Monday.

“I have no trouble at all believing that the intensity of the storm this morning caught people off guard,” Carter said, adding that emergency personnel returned to the operations center at 5 a.m. Monday. “Work did gear up quickly, but not in time to warn people that flooding was coming.”

“HAZARD…TORNADO…IMPACT…FLYING DEBRIS WILL BE DANGEROUS TO THOSE CAUGHT WITHOUT SHELTER. MOBILE HOMES WILL BE DAMAGED OR DESTROYED. DAMAGE TO ROOFS, WINDOWS, AND VEHICLES WILL OCCUR. TREE DAMAGE IS LIKELY.”

When the flooding came, it made several major roadways impassable. At approximately 9:30 a.m., Orange County and Durham City firefighters were dispatched to Pickett Road, where a school bus got its back wheels stuck in a ditch after trying to turn around.

Durham public schools were not the only entity affected by the downpour. The flash flooding meant slow commutes, and some people had to evacuate their homes.

Interim Durham Fire Chief Chris Iannuzzi said 14 people were rescued from their homes Monday morning in North Durham due to flooding from the Eno River.

Eleven people were evacuated from houses on Rippling Stream Road in the Old Farm neighborhood just south of the riverbank. Three people were rescued in boats due to nearby flooding on Felicia Street, and the fire department also carried three more people trapped on top of a car on Hillandale Drive to dry land in a boat, Iannuzzi said.

By 3:30 p.m., the flooding had receded enough for the evacuees to return home safely, although standing water remained in their backyards. Iannuzzi said the intensity of Monday’s storm was unexpected, but praised his department’s mobilization to take action quickly.

“They train for this stuff, and they don’t get a chance to use it a lot,” said Iannuzzi, who has worked for the Durham Fire Department since 1996. “We don’t even remember a time outside of actually in the Eno River or in Falls Lake where we’ve put the boats in to make a rescue … This was certainly a unique event for us.”