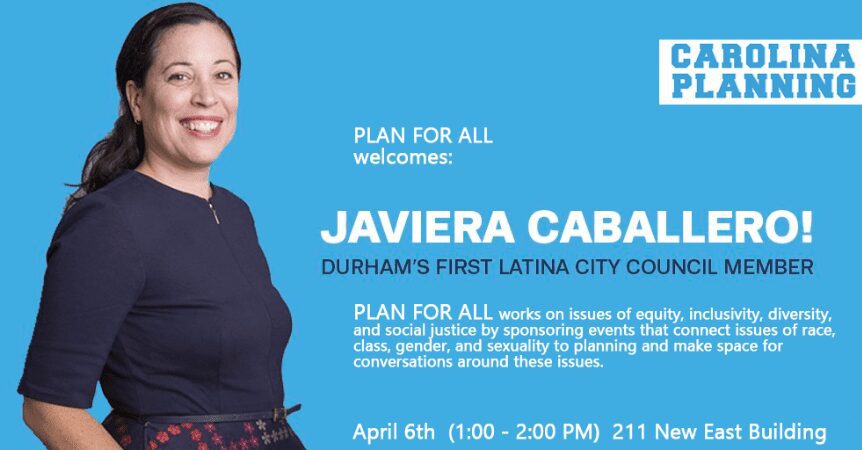 Javiera Caballero became the first Latino member of the Durham City Council in 2018.

She was appointed after longtime council member Steve Schewel was elected mayor of a city whose Latino community has grown substantially in recent decades.

Since joining the council, Caballero has pushed for change she thinks benefits Latino and many more Bull City residents.

During her first campaign, she has also found herself in the middle of political dramas she did not create. One was a formal challenge to Caballero’s candidacy that elections officials rejected after saying no evidence supported it.

At top: A poster from the student group Plan for All, which invited Javiera Caballero to speak at the University of North Carolina, Chapel Hill.