Home » A Durham Moment: ‘These things are important to the river’ 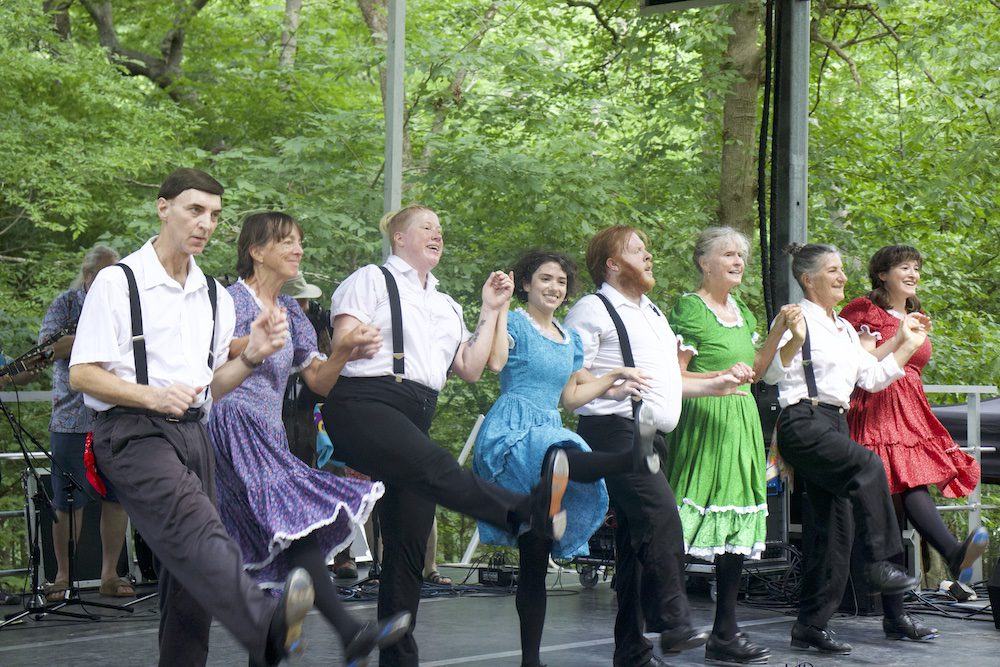 A Durham Moment: ‘These things are important to the river’

BY Sevana Wenn and Maddie Wray

At first glance, an environmental activist, a Native American artisan, and a clogging Spanish professor may not seem to have much in common. But on Saturday, July 2, these community members—and many others— gathered for the 43rd Annual Enofest in hopes of preserving the Eno River State Park for generations to come.

Eno enthusiasts hosted the first festival in 1980, with proceeds directly benefiting the Eno River Association. The event has enabled the purchase of over 4,500 acres for the park, but there’s still work to be done. The association has set its sights on 2,000 acres for further conservation, and hopes to enhance wildlife corridors and expand publicly accessible hiking trails.

As the festivities began on Saturday morning, attendees hopped off a sleek silver shuttle bus into a whimsical world where the strumming of banjos and ukuleles harkened back to bygone decades. Aromas from funnel cakes, yucca fries and chickpea curry wafted through the warm summer air. From their booths, vendors implored potential customers to stop and take a look at hand-crafted pottery, patchwork tote bags or artisanal soaps.

Almost as unique as the vendors, though, were the people who spent their day at the event, and the reasons they came. To some, the Eno represents a home that has fallen under attack. To others, it’s a place of family tradition. The 9th Street Journal spoke to a sampling of vendors, performers and ordinary festival-goers about what drew them to Enofest and why they joined the decades-long effort to preserve this state park.

Young, fresh-faced, bob-sporting Sarah Chetty may not be a stereotypical clogger, but she certainly has the heart for it.

She and the Apple Chill Cloggers took the first performance slot on the Grove Stage, drawing a large crowd. The spirited tapping and thudding— audible from across the park— crescendoed into a rhythm that those from outside North Carolina may have never heard.

Chetty stood out in her bright blue, floral-patterned dress with white ruffles. The North Carolina State University Spanish professor first experienced the Apple Chill Cloggers, a Chapel Hill-based clogging club and nonprofit, at a young age. Chetty lived “just right down the road” from West Point on the Eno and attended her first Enofest before she turned five.

When she was ten, she learned to clog from a friend in another group and became hooked. She has performed with Apple Chill since 2019.

“I actually think Apple Chill was the first cloggers [team] I ever saw,” she said after the show. The group has performed at more than 600 events across the United States since their debut in 1975. “I’ve been coming to this festival since I was really little, and so I grew up watching them.”

Though Sonora Lynch only began selling her “Living Traditions” handcrafted pottery at the festival last year, her booth drew a steady trickle of customers throughout the morning. Inspired by the culture of the Haliwa-Saponi tribe, of which she is a member, Lynch creates vases, bowls and figurines incorportating motifs such as turtles, bears and lizards.

“I started making pottery when I was about 14 years old, and [have] just been blessed by the Creator to continue my art,” she said. Her favorite piece on display was a bear with intricate white detailing, who she affectionately referred to as her “boyfriend.” The bear has traveled with her to a host of different events.

Lynch hopes to preserve the river’s native animal species. Her tribe has a deep-rooted history with North Carolina’s rivers and the creatures that depend on them for survival, she said. “These things are important to the river, I think, and important to life,” she said. “We protect and respect and love animals.” 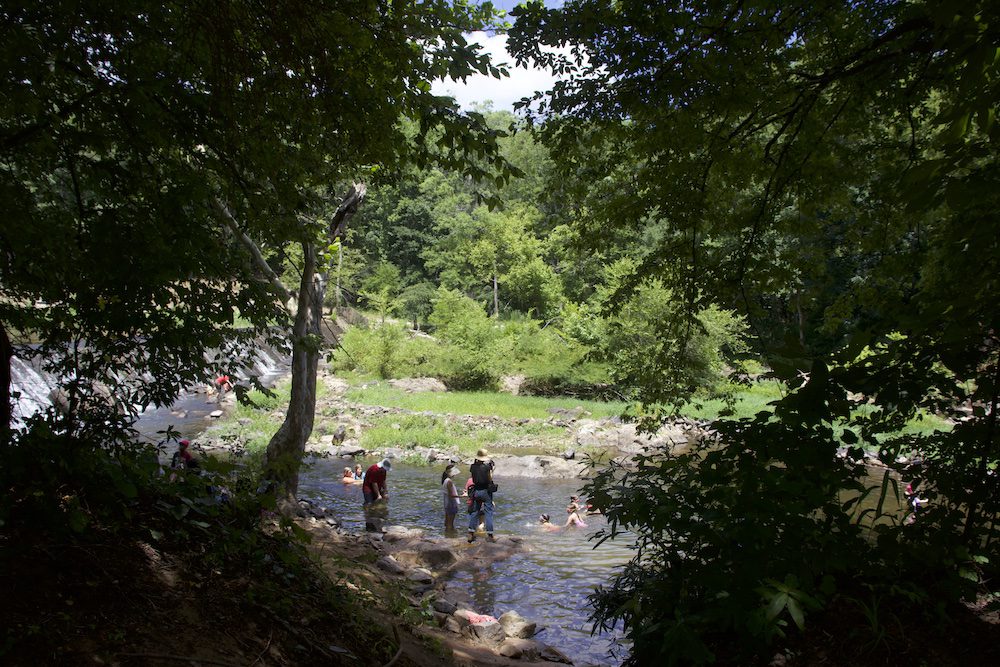 In the Eno River Association’s booth, tucked away in a quieter corner of the park, Janet Steele conversed with festival-goers about a proposed high-density development on Black Meadow Ridge. Steele, president of the Horton Hills Homeowners’ Association, said it puts her neighborhood’s 198 households at risk.

The  development plans fail to take the area’s unique ecosystem into account, she said.

“The things that would be affected would be traffic patterns, water usage, water runoff and flooding, which we already have,” she said. “And obviously they would take down acres of trees, from an environmental standpoint. It will really, really, really affect the river and those species that are living among us.”

Steele gestured to a photograph of a salamander on the table before her. Beside it was a stack of postcards addressed to Elaine O’Neal, urging the Durham mayor to consider citizens’ concerns. Steele doesn’t feel that the city council has been fully receptive to her neighborhood’s input on the project. “I feel like they have listened to us, but I don’t know if they’ve heard us,” she said.

Steele came to Enofest on Saturday in hopes of raising money and spreading awareness for the cause. Beyond fundraising, she hopes to encourage more Durhamites to call their representatives and urge them to oppose the project..

“For some reason, they still have not taken a stand against this,” she said. “It’s not too late for them to do it. They still can do it, and that’s exactly why we’re still here.”

In the front row of the River Stage audience sat Sharon Massey, a longtime Enofest attendee. She and her husband Wayland had come to see the local family rock trio Secret Monkey Weekend and support their friend, guitarist and singer Jefferson Hart. But she also couldn’t miss out on the craft booths and the fairy hair.

Massey arrived at the festival with a short, spiky lilac-colored ‘do framed by neon blue bangs. At Finklepott’s Fairy Hair— “the most magical hair in the world”— she enhanced her already vibrant look with shimmering silver extensions.

Decades ago as a younger woman, Massey worked as a volunteer, painting advertisements for the festival, motivated by free entry and love for the Eno. “I love it because it’s a beautiful park, and it is really special,” she said. “I love that they put so much emphasis on sustainability, on the environment, protecting the environment.”

She smiled and turned back to her husband as Secret Monkey Weekend played on.

Pictured (from top): The Apple Chill Cloggers take to the stage and swimmers dip in the EnoRiver during EnoFest. Photos by Maddie Wray — The 9th Street Journal