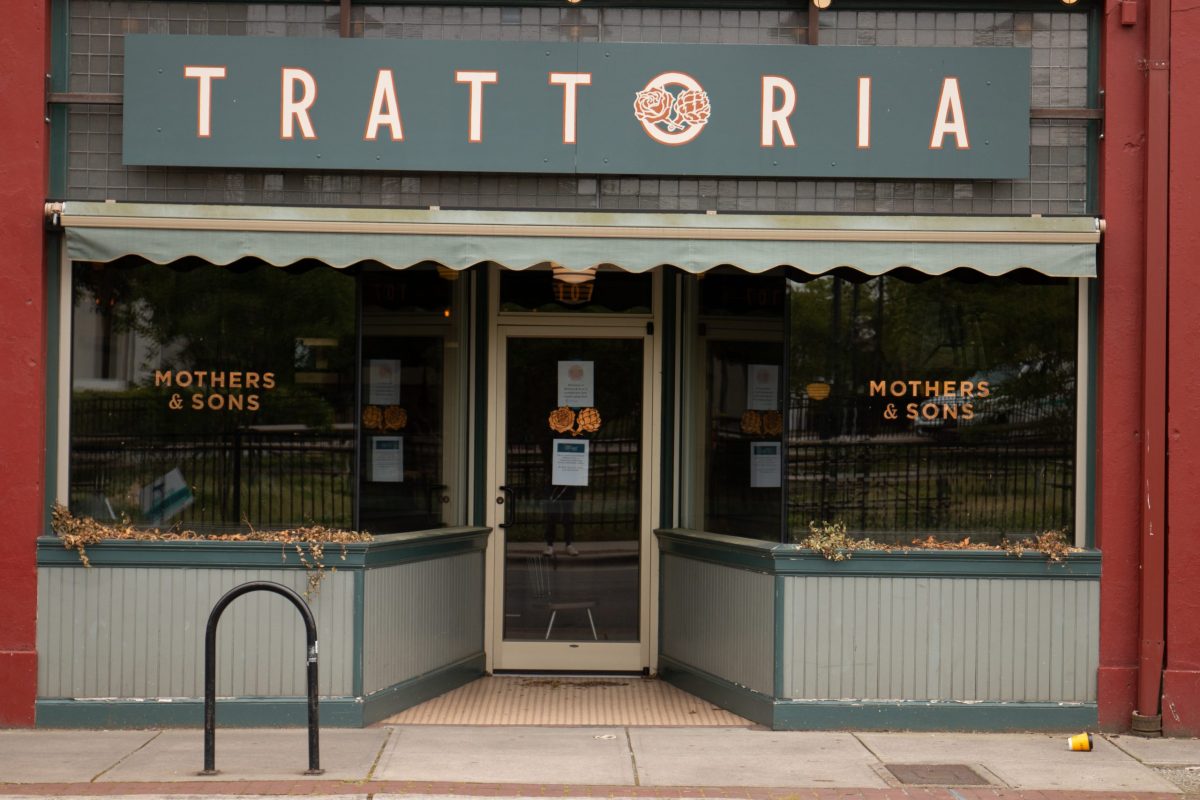 On Tuesday, March 17, Gov. Roy Cooper ordered all bars and restaurant dining rooms to shut their doors. While this order was definitive, its consequences were far from simple. Josh DeCarolis, chef and owner of Mothers & Sons Trattoria in downtown Durham, had decisions to make and options to weigh.

DeCarolis faced the only two choices restaurants had then: Remain open with drastic limitations, or shut down until further notice. Neither was desirable and both would have far reaching consequences for owners, employees, and the local economy.

Restaurants were permitted to offer takeout and delivery orders, but DeCarolis concluded that wasn’t viable for Mothers & Sons. It would be impossible to do enough business with takeout orders alone to sustain the restaurant and its staff, he said.

Even if running on takeout and delivery orders made economic sense, the risk would likely not be worth the reward. “We thought that the decision to try and completely pivot our business model was just going to make things difficult, and put people in danger unnecessarily. Our biggest concern as business owners and citizens is to be safe,” he said.

In late 2015, DeCarolis spent four months in Italy learning pasta making techniques. He opened Mothers & Sons in 2016. The restaurant became a staple for customers who crowded inside to order homemade pasta and other Italian dishes.

Before it closed, Mothers & Sons had a staff of around 40 people that DeCarolis described as a huge, close family. He was forced to lay off everyone. “It wasn’t an easy decision,” DeCarolis said, “but there’s just not much we can do about it. Certainly, once the door is closed, there’s no way we can pay anybody.”

DeCarolis has worked in restaurants his whole adult life. Before opening Mothers & Sons, he was the head chef at Mateo Bar de Tapas next door. With years of experience dealing with food safety and food borne illnesses, he understands what protocols to follow if a chef or a staff member becomes sick.

But the outbreak of COVID-19 was an unprecedented challenge for DeCarolis. “This is way above my pay grade,” he said, “I’m listening to what the experts say.”

Closing Mothers & Sons affected more than the chefs and servers who found themselves filing for unemployment. When a restaurant shuts down, a chain reaction reaches farms and suppliers large and small.

Mothers & Sons relied on some larger distributors for kitchen staples, but it also bought fresh ingredients from many local farms. “It’s really a shame,” DeCarolis said, “These small farms rely on our business and we rely on them, and we’ve been forced to put everything on hold.”

In addition to Mothers & Sons, DeCarolis is an owner at the Alimentari at Left Bank butchery in Raleigh. The shop is a partnership with the Left Bank Butchery in Saxapahaw, a village west of town with a vibrant food scene. The Raleigh shop is open part time and does business largely through pre-orders and curb side pick up.

Although Alimentari is a smaller venture than DeCarolis’ primary restaurant, these days he’s been putting more energy into keeping it open and running. To try and support his smaller suppliers, DeCarolis has been purchasing ingredients that he’d normally buy for Mothers & Sons to use at Alimentari instead.

Like formerly full-service restaurants braving the storm with takeout and delivery services, Alimentari has changed. The butcher shop is open only four days a week, Wednesday through Saturday. Only one customer is admitted at a time.

Alimentari’s staff was not spared from layoffs either. Initially staff was trimmed to just one essential employee. Since then, they were able to hire back four more employees, DeCarolis said.

Some unexpected good has come out of this difficult situation, DeCarolis said. Some staff previously employed at Mothers & Sons are now making school lunches for Durham public schools as part of FEAST, the charity program organized to feed children in need throughout Durham County.

Mothers & Sons supplies food and kitchen space to prepare the lunches. Former Mothers & Sons employees receive some compensation for their work, but DeCarolis has not been able to rehire them.

The COVID-19 era has also brought an unexpected expansion for Alimentari. A pop up shop called Alimentari at Mothers & Sons opened May 7 in the place of another next-door neighbor: Lucky’s Delicatessen on West Chapel Hill Street. The pop up is open Thursdays through Saturdays and sells fresh produce and Italian goods.

“We’ve only been open a week, but it’s been pretty encouraging,” DeCarolis said, “A lot of people from the community have come out.”

DeCarolis says he finds a silver lining in being able to be there for his Alimentari customers and continuing to build trust and goodwill. “People are really thankful and grateful to be able to get quality meat and fresh pasta, without having to go out to a crowded, big box grocery store,” he said.

Trust and goodwill may be a saving grace after Gov. Roy Cooper allows dining rooms, with new limitations, to reopen on or after May 22. Almost all restaurants will be in a difficult position after having to shut down or downscale for so long. Support from customers now and in coming months is vital, said DeCarolis, who intends to reopen Mothers & Sons.

“We’re keeping a close eye on what the state government is saying, and we’re hoping to open back up safely as soon as possible,” he said, “I can’t predict when that will be.”

DeCarolis praised Durham for being a strong community, particularly among restaurant owners,workers, and customers.

“We’re all trying to navigate this together,” DeCarolis said, “We’re working as a community, but the long and short of it is that everybody, big and small, is going to need some help.”

At top: Not long ago Mothers & Sons was one of Durham’s most vibrant downtown restaurants. Photo by Corey Pilson