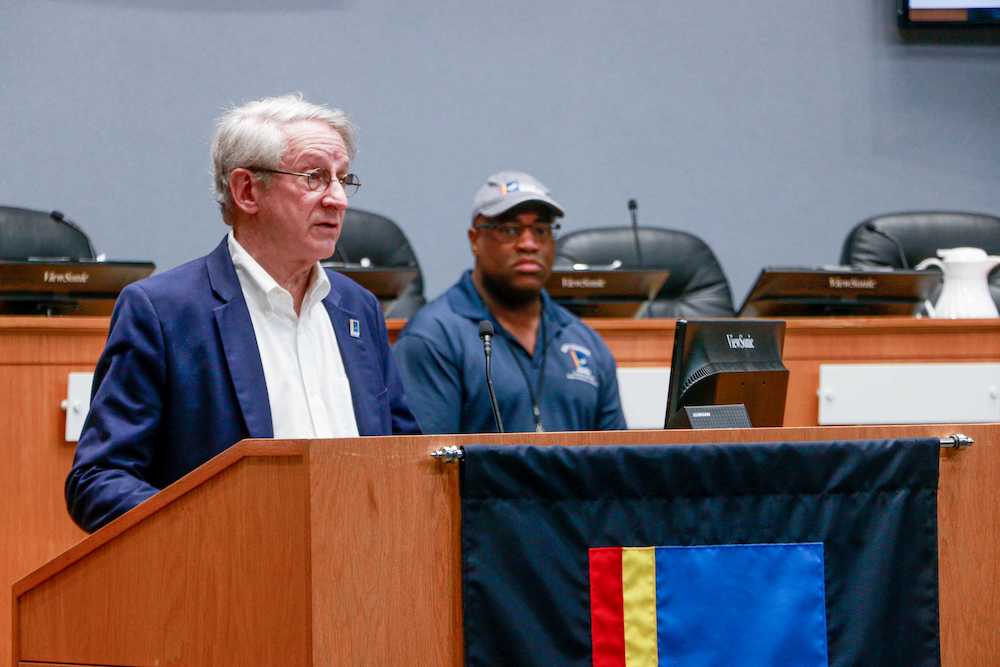 Schewel says Durham, like other areas, is considering shelter-in-place restrictions

In California, the governor has issued a statewide “stay-at-home” order to slow the coronavirus pandemic, calling on residents to stay in their houses and apartments unless they work in a critical job such as government, schools, childcare or construction.

It’s also been dubbed a “shelter-in-place” order, a term used by some local governments that have adopted restrictive policies about when people can leave their homes.

Is Durham likely to pursue those kinds of restrictions?

At a news conference Friday afternoon, a 9th Street Journal editor asked Mayor Steve Schewel if he was considering a shelter-in-place policy for the city. With 39 confirmed positive tests, Durham County has the second-most coronavirus cases in the state.

“I don’t know anyone who is grappling with this issue in a serious way and is in a leadership position in a city or a county that is not actively thinking about shelter in place,” Schewel said. But he said a Durham policy alone would have little teeth. People drive into the city from other areas every day.

Schewel was asked if he thinks it is necessary now, on a local level.

After pausing for a few seconds, Schewel took a deep breath.

“I’m still evaluating that. I’m listening to the public health authorities and I’m evaluating it. If we are not there now, we will be getting there,” he said. “We have the first transmissions in the state that are community-spread. We are heading in that direction.”

Schewel said he talked with Gov. Roy Cooper about more restrictions as recently as Friday morning, though the governor said Friday afternoon that the state was not ready to issue such an order. Wake County is mulling such a policy, though.

“Societies that have most effectively fought coronavirus have acted early,” he said.

What exactly does shelter in place mean?

In emergency management, “shelter in place” has typically been used for seeking protection from hazards such as hurricanes or a shooter. A Yale University definition says: “Shelter in place means finding a safe location indoors and staying there until you are given an ‘all clear’ or told to evacuate.”

With the virus outbreak, the term has been used to describe policies closing nonessential businesses and asking people to stay at home except for certain purposes, like getting food or medicine, Schewel told the 9th Street Journal.

This is not yet happening in Durham—the city is asking people to socially distance, he said.

The city has also shut down businesses such as theaters and gyms – “venues and businesses in which we think that kind of social distancing will not occur,” Schewel said.

In announcing the “stay-at-home” order Thursday, California Gov. Gavin Newsom said more than half of California’s residents could get the coronavirus. His order called on residents to stay home while closing gyms, bars, restaurants (for dining in) and non-essential entertainment venues. Newsom said he didn’t think law enforcement would be needed to coerce people into staying in.

However, grocery stores, pharmacies, banks, gas stations and other essential services were allowed to stay open. Residents can still go for walks and bike rides if they follow social distancing.

The response so far

Durham City and County have each declared states of emergency.

On Tuesday, Gov. Cooper banned all restaurants in the state from serving dine-in meals and shuttered all bars. Schewel has said enforcement of this provision hasn’t been needed for the most part.

A reporter asked Schewel about businesses that have been impacted by the explosion in Durham last spring and how new restrictions would or could impact them.

“The longer we wait, the greater our chances are that the virus will have wide community spread and the longer the disruption of the business will be,” Schewel said.

In other news on Friday:

In photo above, Mayor Steve Schewel speaks at a news conference about the city’s response to the coronavirus. | Photo by Corey Pilson, The 9th Street Journal