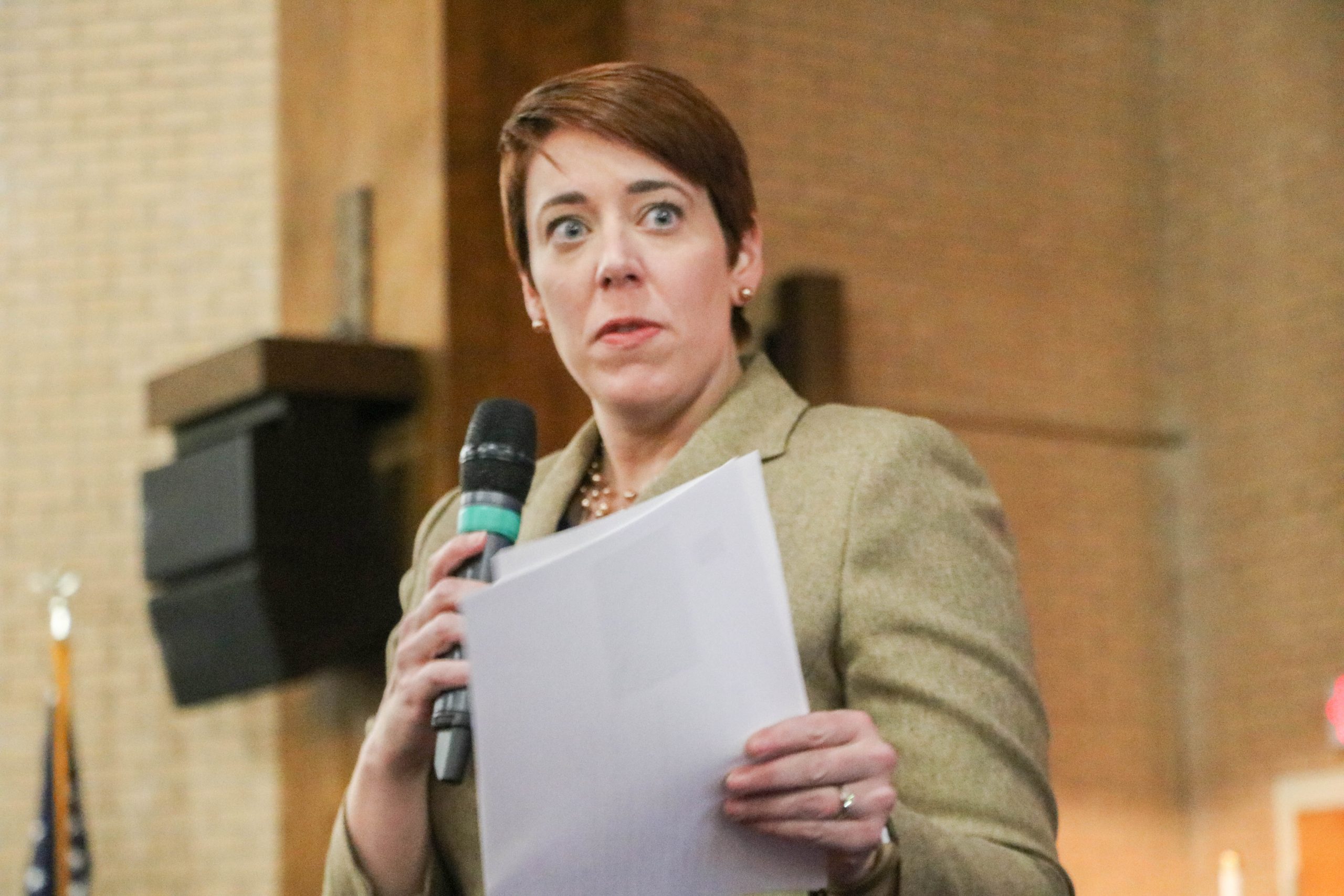 Allen Jones’ grandson was murdered last year in Burlington. The person charged with killing the 18-year-old and two others had multiple prior violent convictions, including homicide, but was released on probation.

“When he committed armed robbery, it was like this murder didn’t exist,” Jones told the 9th Street Journal. “He got a smack on the hand and probation.”

Now, Jones says he is fighting against policies that he considers to be too lenient on violent offenders. He’s particularly concerned about plea deals for people who have been previously convicted of a violent crime.

Jones took the microphone at a town hall event Thursday to ask about her office’s role in keeping the community safe when releasing violent offenders.

“This is not a science,” Deberry responded. “We cannot predict down the road what’s going to happen. I’m sorry about what happened with your grandson … What I can say is we don’t take any homicide plea lightly.”

In her first year in office, Deberry has discouraged cash bail for lower-level crimes and welcomed less traditional methods such as restorative justice. But she has weathered her fair share of criticism. Half of her staff has changed since she took over in January 2019, with some quitting over disagreements about her approach.

Deberry used Thursday’s town hall to tout her accomplishments from her first year in office, which include:

Deberry reported a 12 percent drop in the jail population since enacting a policy to no longer seek cash bail for most non-violent misdemeanors and minor felonies. The goal: to not punish people who can’t afford to pay with jail time.

“We don’t want to send people to prison. We don’t think that’s our job,” Deberry said. “We want to reserve the criminal justice system for those people who we don’t really have tools to deal with. Those are the people who commit the most serious crimes.”

Instead of spending more time on lower-level offenses, Deberry said her office has prioritized more serious crimes. Her office got 25 homicide convictions in her first year in office, 10 more than the previous year.

Deberry has prioritized cutting down Durham’s backlog of homicide cases. In one year, she has closed one-third of them.

Nearly 200 people were shot in Durham last year. At the recent town hall event, Deberry moderated a panel discussing how her office was responding to gun violence.

Officials in Deberry’s office said they have focused on collaborating with law enforcement and prosecuting people who are involved in gangs or “in close proximity to violence.” But they can’t keep the community safer on their own, they said.

“On television … you see people put a bullet into a machine and the machine spits out a mugshot. We don’t have that technology,” Deberry said. “The absolute best evidence in any case is you.”

Deberry has expanded the use of restorative justice, a practice that voluntarily brings the victim and the accused together to promote healing.

Her office has also expanded referrals to a cognitive behavioral intervention program. This course, which helps people who may have committed crimes improve decision-making, used to be available only after conviction, but now people can be referred before trial.

“Our goal is not just to punish crime, it is to reduce crime. We want people to not come back to the system,” Deberry said.

Deberry’s office also helped wipe $1.5 million in traffic debt that had barred thousands of people from reinstating their driver’s licenses.

CORRECTION: This story has been updated. An earlier version misstated where Allen Jones’ grandson was murdered.