Home » A ‘Year of Jubilee’: Durham drivers are getting a second chance 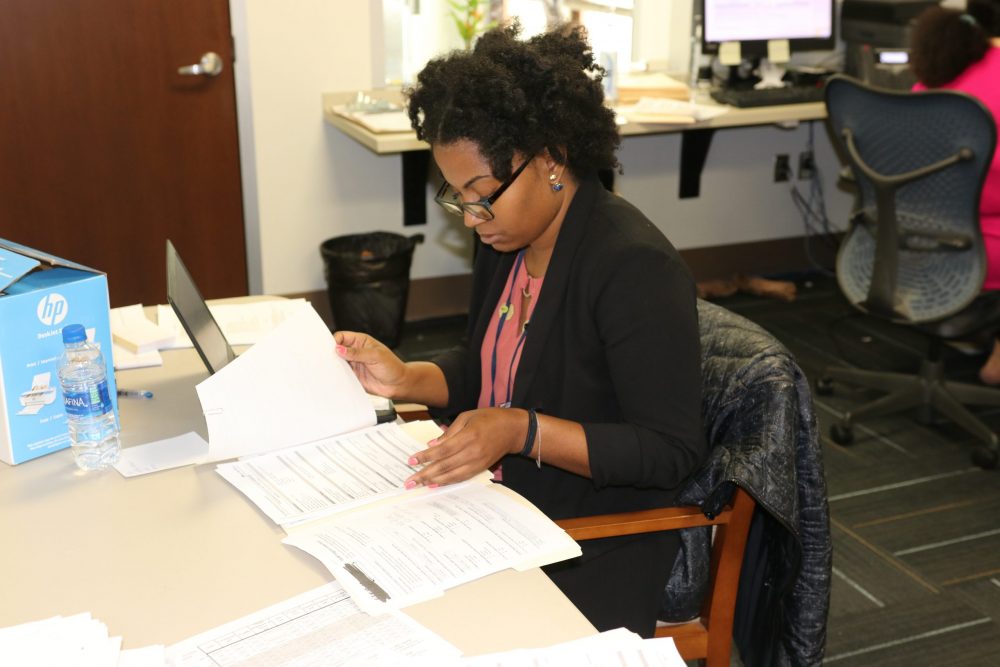 A ‘Year of Jubilee’: Durham drivers are getting a second chance

Adam Merritt caught a ride home from work and pulled up to find his house full of cops. Someone had tried to break into the house and shot Merritt’s roommate.

The police told Merritt that his roommate had just left in an ambulance. Merritt wanted to meet him at the hospital, but he couldn’t. His ride already left and his license was suspended.

“They wouldn’t let me in my house, and I didn’t have money for an Uber. I was just cold standing outside with nowhere to go,” Merritt said.

Over a year later, his roommate has made a full recovery. But Merritt still looks back on how frustrating it was to be stuck in front of his house that day. “That was probably the peak point of how not having a license was just awful,” he said.

Merritt’s license was suspended because he never paid a speeding ticket from 2014. He was 19 years old at the time and he got two tickets in the span of a couple months. After going to court once, he thought he had resolved both charges. Three years later, he was pulled over for driving without a seatbelt and found out that he still had an outstanding charge.

According to the Department of Motor Vehicles, roughly one in five adults in Durham County had a suspended or revoked driver’s license in 2018. Almost 80 percent were people of color.

Now Merritt is one of nearly 40,000 people eligible to get their licenses back. The Durham Expunction and Restoration Program was launched a year ago by the city’s Innovation Team, which collaborates with academia, community organizations, and the private sector to research and address social issues in Durham. The “R” of DEAR — license restoration — began under former District Attorney Roger Echols and continued after Satana Deberry unseated him in the 2018 election.

Each charge or conviction revisited must be at least two years old and cannot include high-risk traffic charges, such as DWI or speeding in a school zone. The average case is more than 16 years old.

“I feel like we owe Roger Echols a lot for initiating this, but DA Deberry has been an amazing champion,” said Ryan Smith, project manager of the Durham Innovation Team. “If anything, DA Deberry has leaned more into it.”

Deberry explained that not having a license in a place like Durham is a big deal, especially because the city lacks a reliable public transportation system. “If you can’t drive, you can’t go to work, you can’t take your kids to school,” she said.

After a Durham driver gets a traffic ticket, they receive a court date where they have the opportunity to dispute or ask to reduce their charge. But the fee for appearing in traffic court — not including the traffic fine itself — is up to $188.

“What happens when poor people get tickets they cannot pay? You either don’t show up because you can’t afford it, or you show up and you get hit with the fines and fees and you don’t pay it,” Deberry said. Either option would result in a suspended license.

Since the program started last December, Deberry has been celebrating what she calls the “Year of Jubilee,” meaning a time of forgiveness. In a speech she gave at Duke Law School, she said that DEAR is the most successful initiative that she has ever been a part of.

With the help of a local nonprofit called Code the Dream, DEAR created a website to let people know whether they have benefitted from the mass relief program. Anyone can type in their name and birthday to see if their traffic charges have been dropped or their fines and fees have been forgiven.

Smith, project manager of the Durham Innovation Team, said that his ultimate goal is to expand the program to other counties, especially because people often rack up traffic violations in multiple jurisdictions.

The program is viewed as a  success not just within North Carolina but throughout the country. The NC Bar Foundation awarded DEAR the Pro Bono Project of the Year in 2019. What Works Cities — a Bloomberg Philanthropies initiative — also announced in November that it will partner with the Durham Innovation Team to help other cities develop similar programs and reform efforts.

But despite the accolades, DEAR doesn’t have data on how many people actually have gotten their licenses back.

According to Deberry, almost no one shows up to the mass relief hearings. People only know they have had their suspensions lifted through visiting the website or the DEAR office. But Smith said only 1,600 people have searched and found their names on the website so far.

Deberry attributed the disconnect to a publicity issue. “If I don’t read the Herald Sun, the News and Observer, or the Independent, if that’s not the kind of stuff that shows up in my social media feed, how would I know?” she asked.

Merritt also didn’t know that his costs had been dropped. He had no idea the license restoration program even existed until he was directed to the DEAR office by the judge in his most recent traffic court hearing.

Merritt’s drivers license suspension was lifted Oct. 24. “[DEAR] helped me a lot… I just had a baby a couple months ago, and they probably saved me around $800, almost $900,” he said.

But Merritt still has yet to get his license back.

“The DMV is another beast,” said Laura Holland, a DEAR attorney. There is a $65 license restoration fee and another $50 fee if the driver did not mail in their physical license before it was suspended. She said that oftentimes she will help people get all the way to the finish line, and then they’ll say, “Well, I can’t afford to pay that $115.”

Another barrier is that the DMV updates its records manually, so there is often a significant delay between when the suspension is dropped and when someone can pay to reclaim their license. “They tell me 48 hours, and I’m like, that’s malarkey. Complete malarkey,” Holland said. “We think it is more like eight months, to be honest with you.”

Merritt went to the DMV last week because he has an interview coming up for a job that requires him to have a license. He said he wants to get a better job so he can support his newborn son. But after waiting in line for several hours, prepared to pay the final fee, they told him his name was not in the system and he would have to come back another time.

While the DEAR program has helped lift thousands of Durham residents’ license suspensions, the city can’t track the number of people who have successfully gotten their licenses back. According to Holland, they plan to request that data from the DMV at the end of the year.

“Those same people who we know couldn’t pay the fines and fees also can’t pay $115 to get their license back, or any of the myriad other administrative hoops that the DMV has created,” Deberry said. “But we wouldn’t have known that if we hadn’t done this. This was a start, and now we’ve got to figure out the next step.”