Home » The barbershop: A space for honest conversation about bias in Durham schools 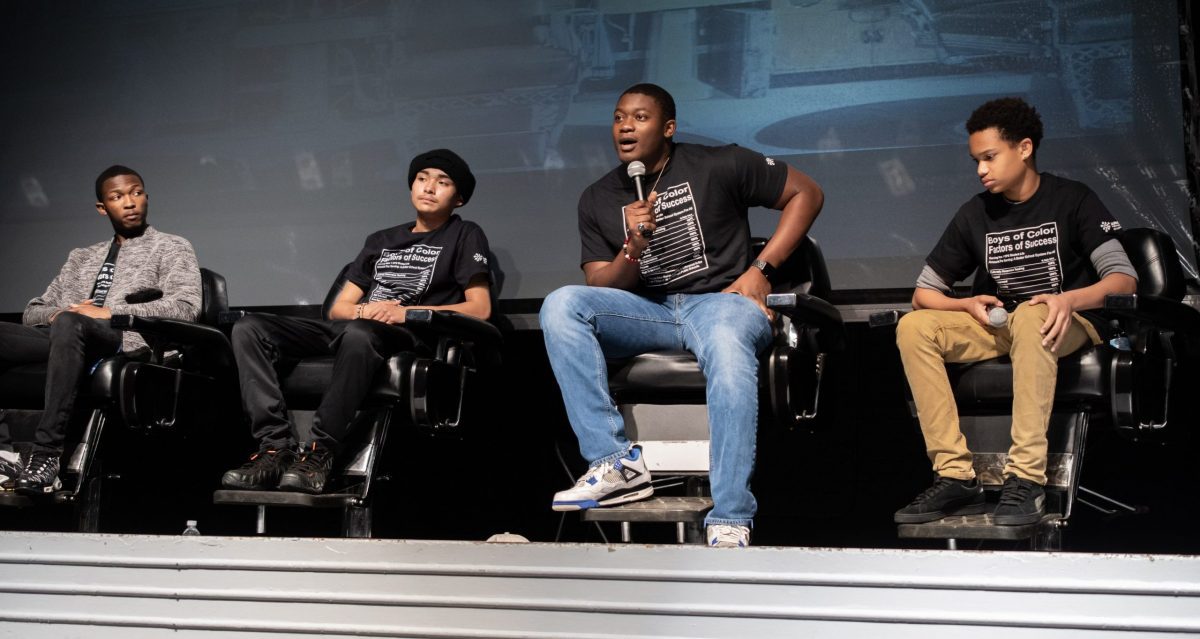 The barbershop: A space for honest conversation about bias in Durham schools

When Jermaine Porter wanted to better understand the experience of boys of color in Durham Public Schools, he asked them.

Not in just any setting, but in barbershop chairs. “In our community, in barbershops you just talk about anything you want,” he said.

Porter is the boys of color initiative coordinator for Durham Public Schools, a job focused on building support systems for students who don’t always feel bolstered at school.

Listening to students’ honest words wasn’t always easy. “I walk around with a target on my back,” Donte Alexander, now a high school junior, said at a session in April.

What Porter and others learned helped shape training on implicit bias for principals and assistant principals this year. It also spawned a leadership program for middle and high school students.

This was one response to the 2018–2023 Durham Public Schools strategic plan, which includes a call for more programming to help address disparities experienced by students of color. In 2016–2017, for instance, the suspension rate for all students was 8.44%. However, 17.18% of black males were suspended and 6.14% of Hispanic males, according to the district.

At first, Porter and his team were unsure how many people would attend an optional Tuesday night talk. But when they opened the doors for the first session at the Holton Career and Resource Center, over 200 people filled the audience.

For the second event, principals nominated students from various schools. Porter ensured that boys with varying degrees of academic success joined the panel to better understand a range of experiences.

As a former basketball coach, teacher and school administrator, Porter said he’s concluded that relationships are at the heart of a student’s success.

“If a student is sleeping on the floor with no electricity, they do not care what x equals. But you wouldn’t know that if you had not built the relationship with the student,” he said.

Michael Graham, a senior last spring, said misjudgment from teachers was something he struggled with throughout his years attending Durham schools. He was once escorted out of class because a teacher falsely assumed he had drugs on him, he said.

“The teacher only thought that about me because of my skin color or how because of the way I chose to act or because the vernacular that I choose to use,” he said.

David Madzivanyika, also a senior, said he’d endured flawed flash judgment too. “Why should a teacher be surprised when a boy of color is doing well in their class when we are in the class every day, and we are learning the same material?” asked Madzivanyika, who enrolled at Harvard University this fall.

Negative assumptions about academic promise are too common, Graham said. “In a public school system where it can be predominantly white, you can’t just be smart. Even if you were smarter than those who aren’t your skin color, ‘Oh he’s cheating’,” Graham said.

But some teachers do build bonds, the young men said. Alexander recalled the first time a teacher connected with him in seventh grade. He did it by drawing analogies between classwork and something they had in common – playing Madden NFL on a PlayStation.

When Bullock and Porter developed training on implicit bias for principals and assistant principals this summer, they included videos from the Barbershop Talk events.

The series also sparked a new program called We Are Kings. Middle and high school participants have access to additional academic resources like field trips, guest speakers and college tours. Bullock and Porter are brainstorming how to expand opportunities for more students.

They may host another series too, though which format they’ll select is not yet clear.

“We have the potential for even more people to be involved, and attend and to expand the conversation,” Bullock said.