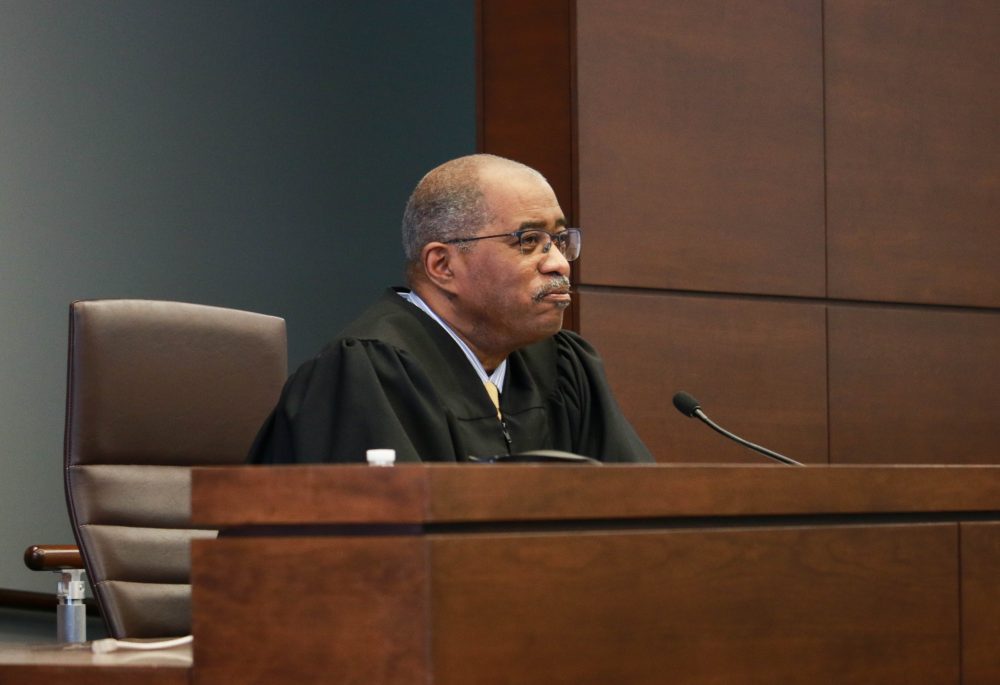 Judge tosses ‘missing’ gold and other evidence from Bishop case

Some of the most tantalizing evidence in Durham’s most sensational homicide case – the “missing” gold, the “suspicious” internet searches and statements that were supposedly contradictory – has been struck by a Superior Court judge.

In a previously unreported filing in the case against Alexander Bishop, a Durham teenager accused of killing his father, Judge Orlando F. Hudson Jr. on Oct. 8 detailed which evidence will be tossed because the lead investigator’s statements to get in search warrants were false or were in “reckless disregard of the truth.” Hudson made an initial ruling in September but had not specified the evidence until this ruling.

“Investigator Huelsman repeatedly chose whatever statements he could cite to support his claims of suspicious circumstances to establish probable cause for the search warrants he sought while disregarding the evidence he examined and himself obtained which revealed the statements he cited were false or materially misleading,” Hudson wrote in the order detailing evidence to be suppressed.

Prosecutors have moved to appeal this order, according to court documents.

Bishop has been charged with murdering his father, Bill Bishop, after he says he found him April 18, 2018, with a dog leash around his neck and the family dog, Winston, still attached.

Here’s some of the key evidence that will be tossed according to Hudson’s order:.

Hudson’s rebuke of Huelsman was strongest in his “attitude toward truth and falsity” surrounding the “missing gold.”

In applications for search warrants, Huelsman claimed that a purchase order showed Alexander’s father had more than $450,000 in gold bars. He also alleged Alexander and William Bishop’s ex-wife, Sharon Bishop, had taken the gold.

One problem: that purchase order showed William sold the gold in 2016, not bought it.

“Investigator Huelsman saw the dates on the invoices and the purchase order, saw that William Bishop sold…the gold…in 2016…and chose to omit that information to make his false averments of ‘missing gold’,” Hudson wrote.

Many Alexander Bishop statements, including ‘He felt relieved that his father was gone’

In “all of” of Huelsman’s applications to get search warrants, he claimed that Alexander Bishop wanted to talk with the EMS supervisor “alone and away from the police,” according to Hudson’s filing.

He also claimed that Alexander had told the EMS supervisor that “he wasn’t going to be upset about his father dying.”

Those statements are now gone. Why? They weren’t real, Hudson wrote.

What Alexander really said, per the filing: He had merely wanted to “speak with him in private” and that “he feels bad that he doesn’t necessarily want him to live” and “explained that he will not be acting appropriately.”

Another key statement gone: Alexander’s apparently “contradictory” statements about where he found his father.

Huelsman had claimed that Sharon Bishop had said that Alexander had found William on the floor when officers had found him in the chair. Reality check: Huelsman omitted that Alexander told first responders and an officer that he had discovered his father in a chair, not on the floor, Hudson wrote.

“Huelsman omitted…Alexander’s statements that he had found his father in the chair….to suggest falsely that Alexander was hiding the truth about what happened to his father,” Hudson wrote.

One other major statement (that made its way into the autopsy report): Huelsman had claimed that Alexander had said the dog leash was “wrapped around his father’s neck three times.”

The catch: Huelsman had reviewed body cam footage in which Alexander said he didn’t “know how many times” the leash had been wrapped around his father’s neck, Hudson wrote.

Those included searches for “financial information, how to calculate the value of an estate, the value of the price of gold per ounce, and how to transfer bank accounts after death.” In search warrants after these, Huelsman made the same allegations, but cut a sentence making clear that Alexander had made these searches after Bill died.

Huelsman “intentionally deleted the sentence regarding the timing of the searches,” Hudson wrote.

“Huelsman’s material omission was made knowingly in order to suggest falsely that Alexander had made these searches prior to William Bishop’s death, thereby providing evidence of a motive for premeditated murder,” Hudson wrote.

Alexander had also searched for “3 Ways to Deal With the Death of a Loved One” and  “Key Financial Steps to Take After A Loved One Dies.”

(Photo above: Judge Orlando F. Hudson at the hearing on the Bishop evidence in September. | Photo by Cameron Beach)