Home » The 9th Street Journal, back in court 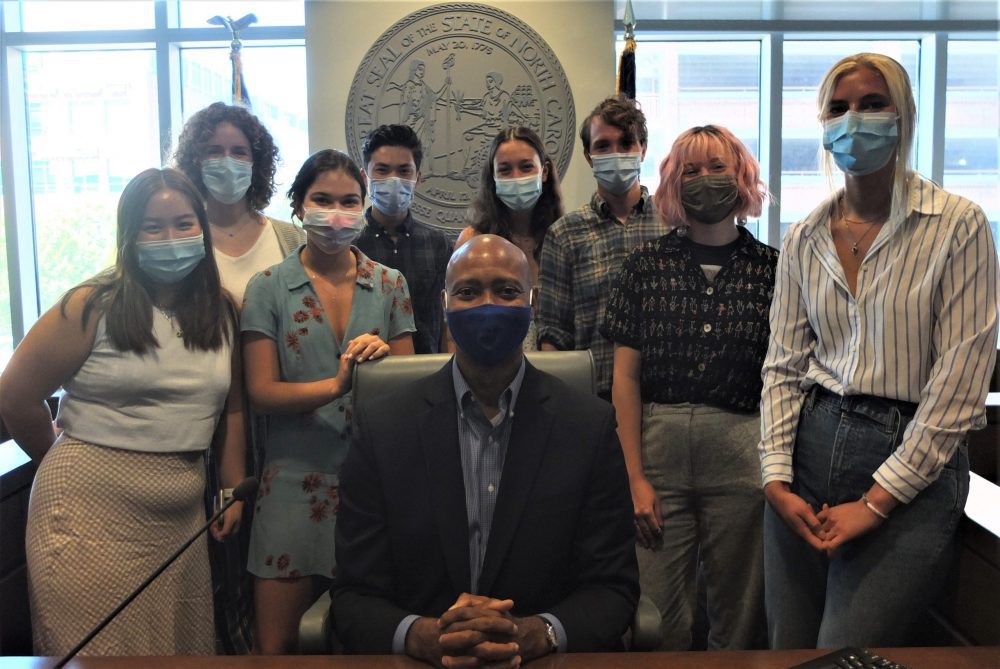 The 9th Street Journal, back in court

An ongoing reform agenda. A spike in violent crime, and its impact on Durham’s justice system. COVID-cordoned courtrooms.

Those are among the many issues our 9th Street Journal reporters plan to explore as we launch another special project focused on the Durham County courthouse.

Our first such project, in the fall of 2019, highlighted District Attorney Satana Deberry’s reform efforts. But she had been elected less than a year earlier. George Floyd’s death hadn’t kindled worldwide protests. And no one had heard of COVID-19.

Now, we’ll ask: How is Deberry’s reform campaign unfolding? How has the larger debate about justice in America touched Durham’s judiciary? How has the pandemic affected the workings of the courthouse?

That’s just the beginning. We’ll also write about important cases and hearings, and show candid, powerful moments that reveal the full spectrum of human drama to be found in courtrooms and corridors. The courthouse is aswirl with important, interesting stories that often go uncovered. We aim to share as many of them as we can.

Some of Duke’s best journalists will be on the case. They include student editors Michaela Twofighi and Chris Kuo and reporters Grace Abels, Lilly Clark, Daniel Egitto, Nicole Kagan, Mia Meier, and Milla Surjadi.

My colleague Bill Adair started The 9th Street Journal in 2018 to give our journalism students a chance to cover local news in one of the country’s most socially and politically vibrant regions. Through this latest chapter of the Courthouse Project, we hope to hold government officials to their own high standards and deepen your understanding of how justice is done in Durham.