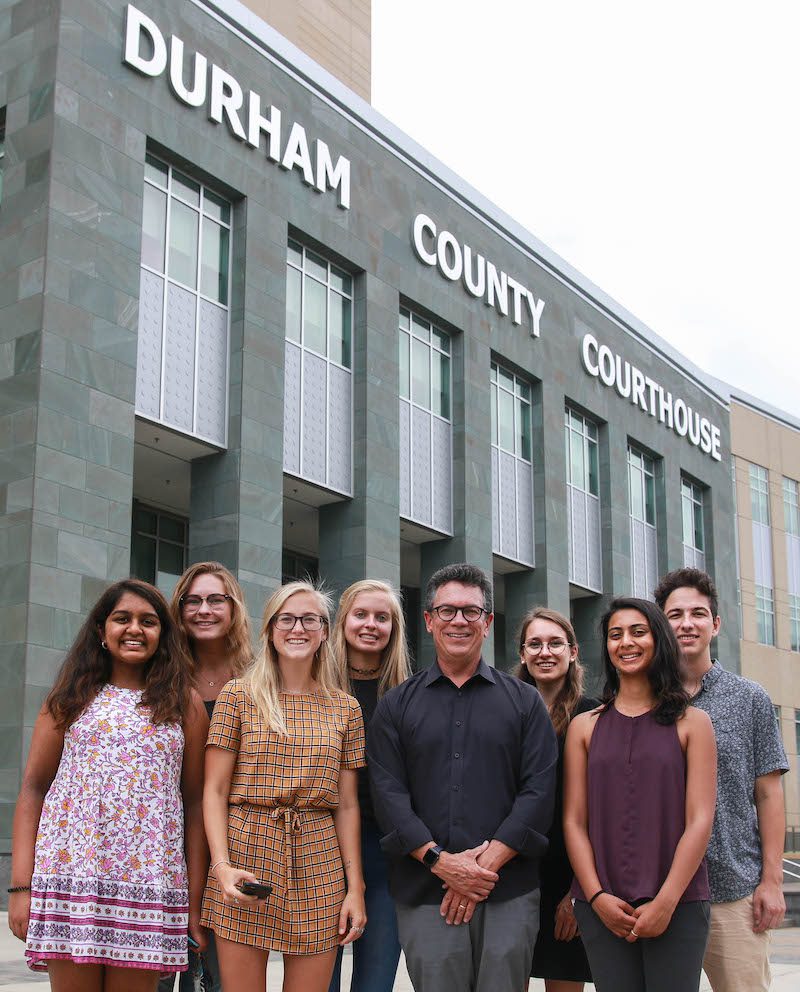 This fall, The 9th Street Journal is going to court.

We’ve launched a special project to cover the Durham courthouse. We’ll be reporting on cases big and small – some that you’ve heard about and many that you haven’t.

Our goal is to explore justice in America and the efforts to make it fairer. Durham has a charismatic new district attorney, Satana Deberry, who is one of the leaders in a nationwide movement to reform the criminal justice system. Our reporters will be tracking her efforts and assessing whether she is delivering on her campaign promises.

Our student journalists also will be spending a lot of time in courtrooms, reporting on trials and hearings and plea bargains. We’ll give you a front-row seat to Durham justice.

The courthouse project is staffed by some of Duke’s best journalists. Julianna Rennie, who has interned for NBC News, PolitiFact, and the Charlotte Observer, is the student editor. The reporters are Erin Williams, Ben Leonard, Swathi Ramprasad, Kristi Sturgill, and Niharika Vattikonda.

I started the 9th Street Journal a year ago to provide students in our growing journalism program with new opportunities to cover local news. The courthouse project is an excellent next step that will give them a chance to delve deep into some of the most important issues facing not just Durham, but the entire country.