Home » A Durham tale of racial hate, then alliance 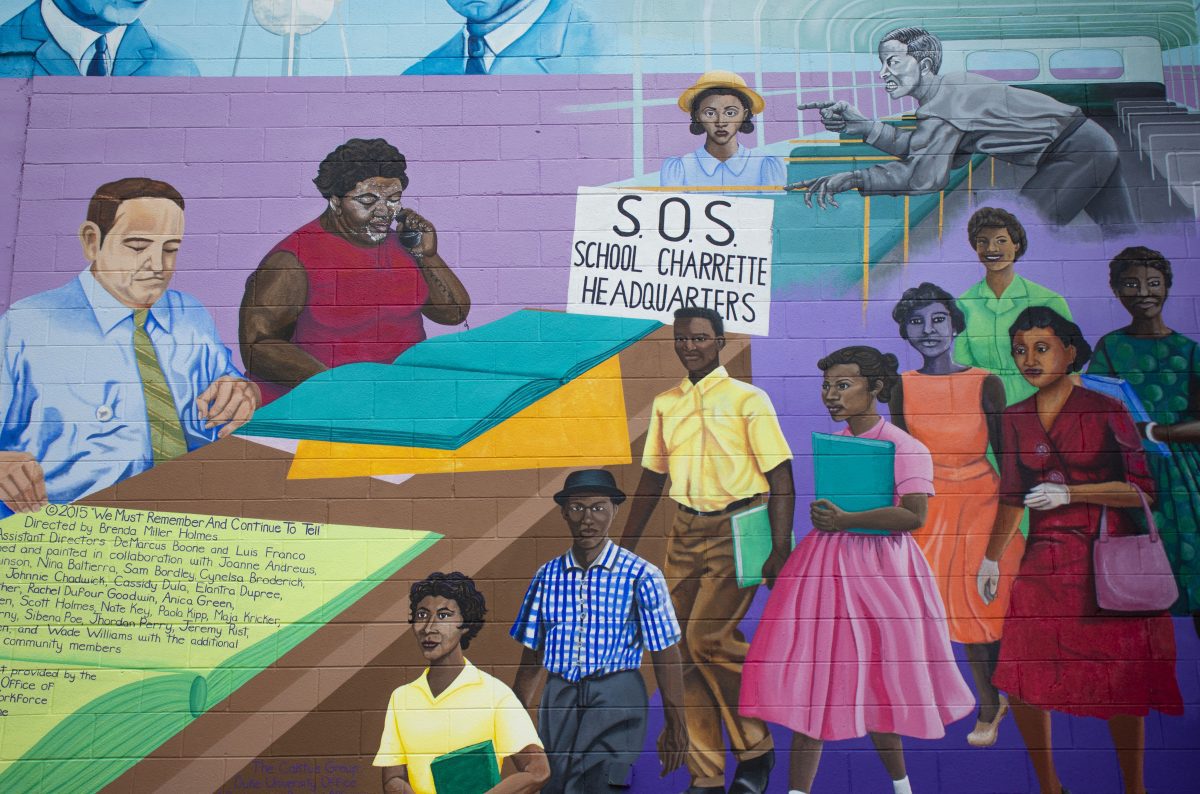 A Durham tale of racial hate, then alliance

The Durham Civil Rights Mural, completed in 2015, is a relatively new addition to Durham’s cityscape.

It celebrates local leaders such as Pauli Murray, Virginia Williams and Julian Francis Abele as well as the sit-ins at Royal Ice Cream Parlor (1957) and Howard Johnson’s Ice Cream (1962-63).

Ann Atwater, a passionate civil rights activist, and C.P. Ellis, a onetime local Ku Klux Klan leader, are depicted too, standing side by side as they did in 1971.

The new movie “The Best of Enemies” shows how those two transformed their hate for one another into love and alliance while Durham was being pushed to finally finish desegregating its schools.

Photo at top by Katie Nelson.