Home » The Regulator Bookshop to reopen in early June 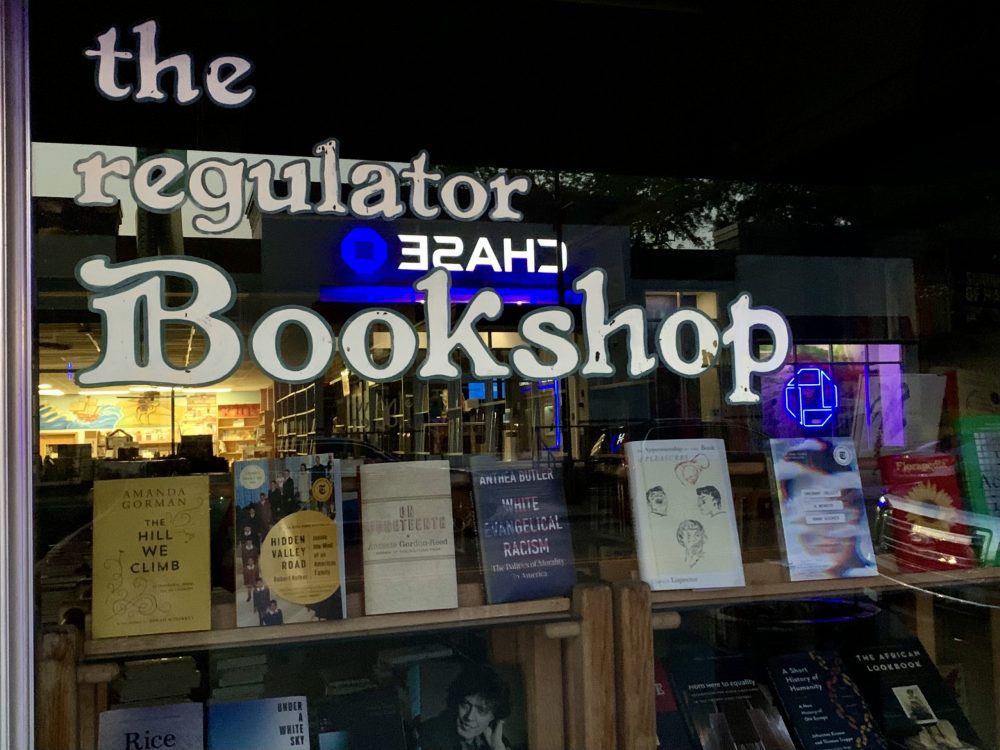 The Regulator Bookshop to reopen in early June

The Regulator Bookshop, the iconic Ninth Street store that has been shut down for the pandemic, plans to reopen its doors in early June.

Co-owner Wander Lorentz de Haas told The 9th Street Journal that employees are busy restocking and preparing for customers to return in the next two weeks.

“I think every staff member is just really excited to reopen and get back to showing people great books,” said Lorentz de Haas.

Like other bookstores, The Regulator closed in March 2020. The store was able to adapt to the pandemic by offering customers curbside pickup or delivery for books ordered online or by phone.

But while many other stores have reopened to the public, The Regulator kept its doors shut. That left many Durham bookworms puzzled. As crowds returned to Ninth Street, it seemed every other shop was open. Why not The Regulator?

“We didn’t feel in a particular rush to do it,” Lorentz de Haas said, “we just want to reopen right.”

Their top priority was to guarantee COVID safety. Elements that made the store unique suddenly posed challenges. “The veteran staff combined with the small intimate store during a pandemic became two huge problems for us” said Lorentz de Haas.

All staff are now vaccinated and the building has improved air filtration.

Shutting the store was also a wise business decision.

Their “survival strategy” was to return much of their inventory back to publishers for credit. Keeping a full inventory would be pricey, especially if only a limited number of shoppers would be permitted in the store. So they lowered their inventory, shut their doors, and focused on getting online orders to customers.

“We basically converted the store into a warehouse.”

As a result, the inside of the store had been transformed. Now, they are restocking and returning the store to its familiar layout. While they have not settled on a specific date, they expect to open in the first two weeks of June.

In a time where independent bookstores are threatened by corporate giants such as Amazon and Barnes & Noble, owners of The Regulator were pleasantly surprised at the quantity of orders they have received, especially last summer and over the holidays.

“The support has been tremendous,” said Lorentz de Haas. “I did not expect that we would be doing as well as we did through the first of the year and even since then.”

Ready to leave memories of COVID times in the past, they are glad to get back to what they are good at: selling books in-person.

Bookstores are for browsing.

“Any of the books we have in the store you can find online – no question about it, but many of them, some of the ones that become our bestsellers, you really have to do some digging to find them,” said Lorentz de Haas.

But while The Regulator will remain the small, quirky place it has always been, it reopens to a transformed Ninth Street, with a not-very-quirky Chase Bank branch on the opposite side of the street – “Now we have the Rockefellers across from us.”

Despite the increased commercialization of the area, Lorentz de Haas said they see the store as the anchor of Ninth Street. “We just signed a big lease extension, so we’re here to stay.”