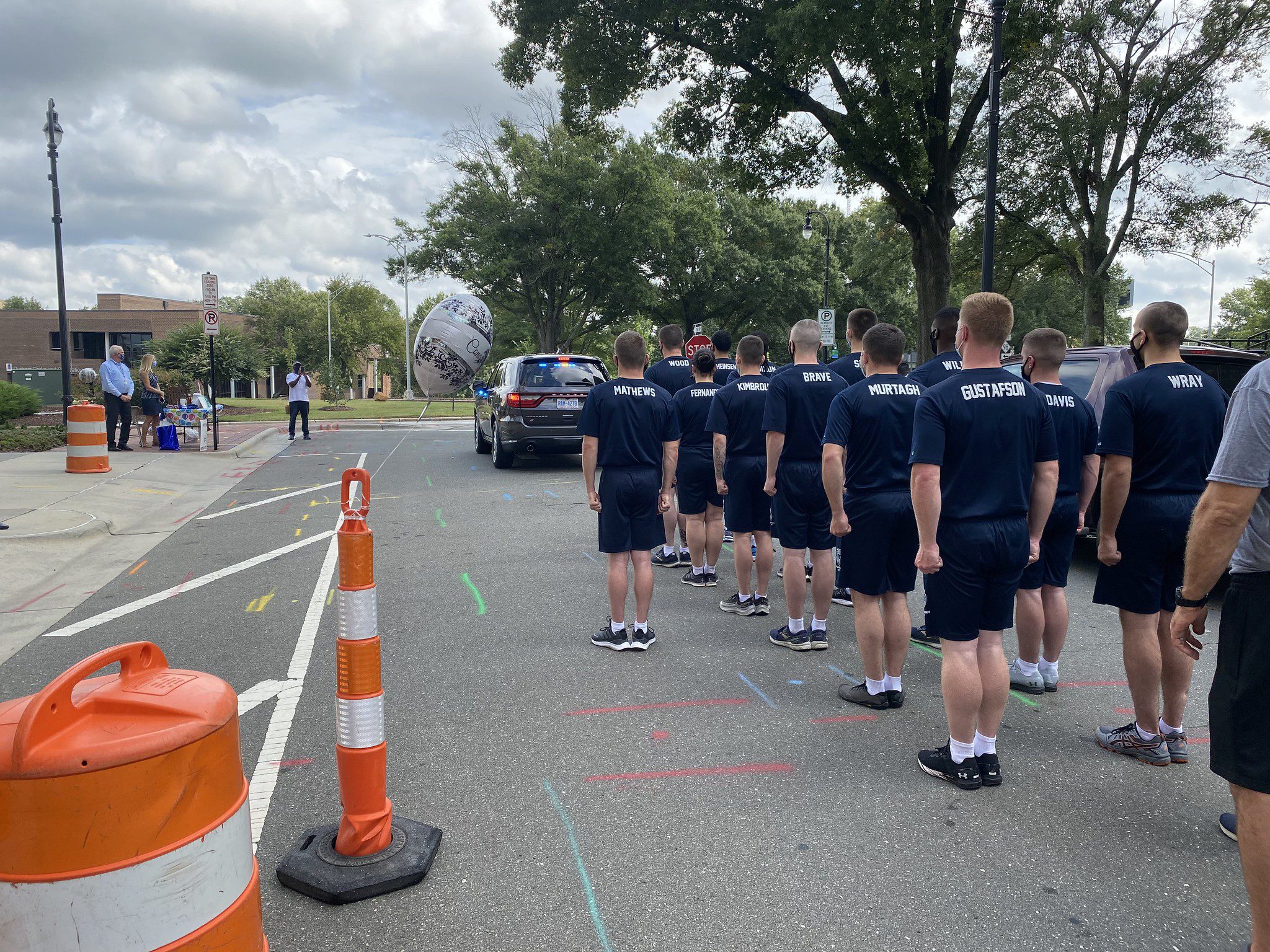 By Carmela Guaglianone on September 30, 2020

Wool E. Bull stood in the back of a truck, holding a drum of sorts and waving emphatically as his chariot rounded the corner of City Hall Plaza and Mangum Street.

It was Tuesday, the last day of Tom Bonfield’s 12-year run as Durham’s city manager.

In other years it would have been a more intimate celebration, but in the time of COVID-19 Durham continues to adapt. To say farewell, the city organized a Surprise Retirement Parade.

Bonfield sent a retirement letter to Mayor Steve Schewel on Aug. 2, citing the pandemic and the heavy issues Durham must address. Teams addressing those issues should start and finish these upcoming projects together, the 65-year-old said.

To salute a stampede of supporters, Bonfield and his wife, Karen, stood behind a table decorated with a Bonfield Ave street sign, a wooden mallard and a balloon-decorated tablecloth. Bonfield wore a Durham Bulls mask.

As soon as the celebration started, honks sounded from every direction on Mangum Street near City Hall. A map provided on the online event guided drivers to round a designated corner and pass the man of the hour who stood, after 42 years of public service, waving.

Cars in the left lane moved excitedly through the parade route, outlined by orange cones outside City Hall. Police cars passed with lights twinkling. Construction vehicles came by with passengers holding neon vests out the window in greeting.

A petite woman inside a small blue vehicle with  “Congrats Tom” signs hanging from the driver’s side stuck her hand out the window and bellowed salutations.

For those caught by surprise, a large neon traffic sign informed them of the event: “Parade Traffic Left Lane,” it read. Vehicles shuffled right. Traffic stalled. There were more honks.

Above their masks, the Bonfields’ eyes looked delighted as they bid goodbye to drive-by Durhamites in the humid mid-day.

A man in a pink shirt and a black mask scurried around the corner, back and forth, directing the paraders along their route. Bonfield continued to wave.